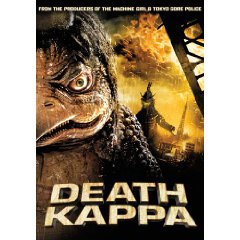 The kappa, in Japanese folklore, are water goblins that are closely associated with a certain town in the country. Unfortunately, the area is also home to a militant splinter group of researchers dedicated to developing amphibious super soldiers based on the kappa of legends. When their experiment's result in murder by some escapees, the appearance of an actual kappa, and the triggering of an atomic bomb, the consequences are of epic proportions. 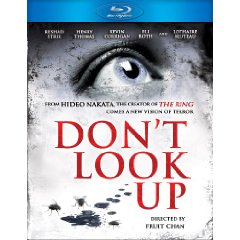 While filming in Transylvania, a crew unearths celluloid images of a woman’s murder and unleashes the wrath of evil spirits. Based on the story by Hideo Nakata (the creator of "The Ring") and directed by Fruit Chan. Starring Henry Thomas, Kevin Corrigan, Lothaire Bluteau and Eli Roth. 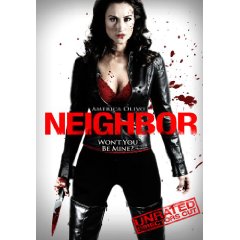 A mysterious new girl arrives in a posh suburban neighborhood and quickly sets out to terrorize the town. As she starts breaking into homes and torturing the occupants, they begin to realize that she isn’t just another girl next door. 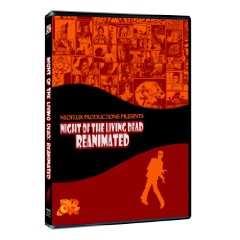 Night of the Living Dead: Reanimated

Night of the Living Dead: REANIMATED features the work of various artists, animators, and filmmakers from around the globe. The mixed media featured include puppetry, CGI, hand-drawn animation, illustration, acrylics, claymation, and even 'animated' tattoos, just to name a few. This mass-collaboration approach is less about remaking Romero's film and more about viewing the classic through an experimental lens. 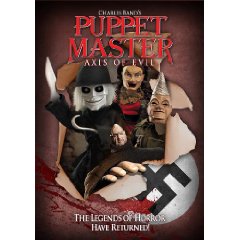 In a Stateside hotel during the height of World War II, young Danny Coogan dreams of joining the war effort. Following the murder of hotel guest Mr. Toulon by Nazi assassins, Danny finds the old man's crate of mysterious puppets and is suddenly thrust into a battle all his own. He discovers that Nazis Max and Klaus, along with beautiful Japanese saboteur Ozu, plan to attack a secret American manufacturing plant. After his family is attacked and his girlfriend Beth is kidnapped, it is up to Danny and the living deadly Puppets to stop this Axis of Evil. 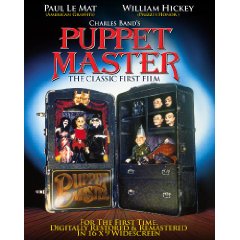 Neil Gallagher found the secret to Toulon's puppets who come to life and then killed himself. Alex and his psychic friends come to investigate and are stalked by Toulon's puppets who have a variety of strange traits including a drill for a head and the ability to spit up leeches. 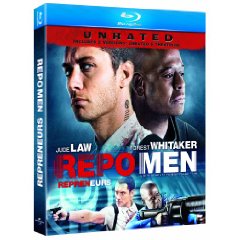 In the future, artificial internal organs will be widely available, but their high cost will lead to a thriving, if bloody, repossession business--at least that's the idea in Repo Men, whose title characters must carry scalpels, and not scruples. When clients default--and, at 19 percent interest rates, it happens all the time--it's up to Remy (Jude Law) and Jake (Forest Whitaker), the two most swashbuckling field operatives at the Union company, to reclaim the merchandise. 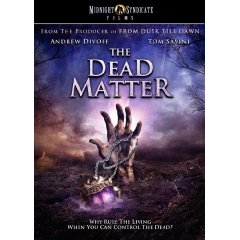 A guilt-ridden young woman desperate to contact her deceased brother discovers a powerful ancient relic that controls the dead. Her dark obsession drags her into the tangled world of two warring vampire lords (Andrew Divoff of LOST, WISHMASTER and Tom Savini of FRIDAY THE 13TH, DAWN OF THE DEAD) each with his own sinister plans for the artifact and a vampire hunter (Jason Carter of BABYLON 5) who will stop at nothing to destroy it. 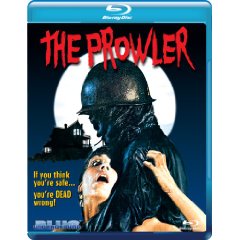 Avalon Bay, 1945: On the night of her graduation dance, young Rosemary and her date are brutally murdered by a prowler thought to be a jilted soldier home from the war. The killer was never found. Thirty years later, the dance is held again for the first time since that horrific evening - but something else may have also returned... Tonight, the teens of this sleepy town will meet their grisly ends at the hands - and pitchfork, blade and more - of THE PROWLER! 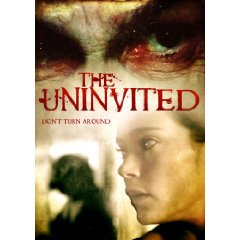 In the tradition of Rosemary s Baby, psychological horror film The Uninvited reveals a new wife who may become a mother whether she wants to or not. Lee (Marguerite Moreau of the new NBC hit Parenthood) has finally recovered from a rare illness akin to agoraphobia. Instead of fearing open spaces, Lee has been frightened by any too-great distance between herself and other objects. So the warm embrace of documentary filmmaker and husband Nick (Colin Hay of the Grammy-winning band Men At Work) has proven the perfect cure. But their fresh start in a quiet, isolated home is shattered by intense visions from Lee s past, an unhinged former assistant of Nick s, Satanists and Lee s growing realization that the forces of evil she senses around her aren t so uninvited after all.