More Machete? Great. Less Jessica Alba? Not so sure... 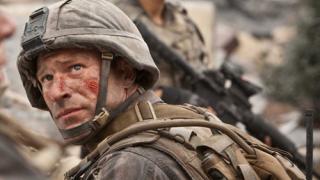 I've never hidden my love for Norway. I've never been there but I assume it's mostly made up of Vikings and Black Metal fans running around in corpse paint. Well here's the trailer for the new zombie flick "Dark Souls" which is from the land of of the burning storm and it includes neither off these things but still looks pretty bad ass. And if you're wondering yes I did make up "land of the burning storm" and yes I will sue anyone who uses it.

With "Battle: Los Angeles" in the books producer Neal Moritz has his eye on a new film titled "Agent Ox". Nothing is finalized but apparently the script revolves around an spy who's sent to an alien world where he must top stop their invasion on Earth. After that he's going to do a movie about the aftermath of an alien invasion on earth and the trilogy will be complete!

Michelle Rodriguez looks to have signed up to join the cast of "The Home", a new film about a man who's put into a nursing home where all is not right after he is almost killed during a terrible accident. Not sure yet of what her role will be but if I was a betting man I'd guess angry girl with a heart of gold and just a touch of spiciness.

Shane Abbess will direct a new sci-fi mind f'er titled "7th Day" about a group that's sent into space to start a colony. The production company is calling this "The Shining" in outer space which is weird because I think Jack Nicholson is way too old to join the space program. I guess that's why they invented CGI though. "Here's johnny! In space!" Trademark, Joe.

I have no idea who Shaky Gonzalez is but dear lord his name is Shaky and every time I see it I read "skanky". So Skanky has a movie called "The Last Demonslayer" which is suppose to be a throw back to some of the great genre movies of the 80's. Chock full of medieval goodness and there's a bunch of new stills to get you fired up. Skanky... teehee.

In a recent interview Michelle Rodriguez, who I consider to be the expert on all things pure and holy, hinted that James Cameron's "Avatar 2" will take place under the sea. Of course her character died in the original but that's the magic of being under da sea! Darling it's better down where it's wetter take it from me! Little Mermaid? No one? Move along folks.

"Dylan Dog: Dead of Night" is a new horror/comedy that is apparently based on some sort of comic book that everyone loved. So you're probably excited about the first trailer that's hit the tubes. Or you're really upset about it because it doesn't stay true to the comic book. But remember this, hearing words and seeing moving pictures beats reading 100% of the time. That's just math folks.

ABC has cast Christopher Egan in the lead role in their upcoming series "Poe", based on Edgar Allan Poe. Egan has what appears to be baby soft skin and two delightful pools of dreaminess he calls eyes which from what I understand matches Poe to a T. I also believe I've said too much again. I regret nothing.