"Attack on the Block" is a new sci-fi flick that tells the charming story of a girl, a group of hoodlums and the aliens that invade their city. I assumed this had something to do with J-Lo but apparently this takes place in London and I don't think they have a "Bronx" there so it might be a bit of a stretch.

HBO is already pushing the next season of "True Blood" which comes out this summer and to get the juices flowing they've released a new clip titled "Waiting Sucks". Get it? We're waiting for the next season and the show is about vampires who suck blood. I nearly wet myself for the LOLing.

Did anyone want a sequel to "Deadgirl"? And even if you did did you really want to see the roles reversed and find out what happens when a couple of women find a naked dead guy? Well it looks like Trent Haaga has written a script for just such a film presumably to try and counter some of the backlash from the first film.

William Lustig drops the news this weekend that there is a remake of his classic "Maniac" on its way and possible a "Maniac Cop" remake as well.

From the relaunch department comes news of more werewolves on the horizon with The Howling: Reborn directed by Joe Nimziki.

A new TV spot for The Descent 2 has hit the web. This claustrophobic sequel hits UK theaters on December 4th.

Stephen King and Stephen Spielberg are in talks to bring King's new supernatural thriller "Under the Dome" to life as a TV mini series. There is no news on where it will appear, but King is hinting at HBO.

A Scottish film crew is heading into the woods to film what they call a "Blair Witch" remake. They have the three filmmakers documenting a local legend; beyond that the similarities are unknown.

Visiting Universal's Halloween Horror Nights on the West Coast and worried about finding your way around? Worry no more! Check out Universal's iPhone app for the fest. Ain't technology grand?

Joss Whedon's "Cabin in the Woods" gets bumped ALL the way to January 2010, and in the meantime will be "converted" into 3D. An interesting move considering we don't even fully know what the film's about yet. Thoughts?

Bored at work today? Got the day off? Check out The Jigsaw Game. Should be good for freaking out your co-workers.

If you're interested in Platinum Dunes' remake of "A Nightmare on Elm St.", visit their Twitter page for updates including behind the scenes set photos, beginning today. 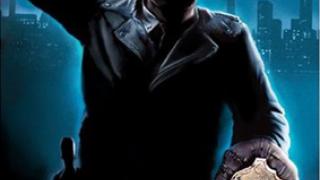