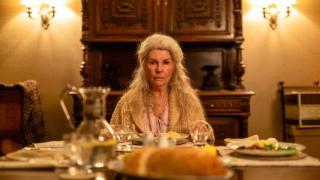 Booo Paramount, boo! Apparently there's been a "Pet Cemetery" remake in the works for some time now but up until recently it wasn't getting much action. But now it looks like a script is almost done and a director search is moving forward. Matthew Greenberg, who wrote the script for King's "1408" as well is just about done with his new updated version of this sucker.

I don't know if this is suppose to be good news but Wes Craven says he isn't re-shooting scenes for "Scream 4" but actually adding pivotal scenes. So just to confirm, he watched his movie and didn't see scenes that he thought could be better or done different, no he saw scenes that were completely missing all together. I'm not good with math or words but honestly I think the re-shooting sounded better.

MTV has announced that their new series based on the 90's classic "Teen Wolf" will hit the air on June 5th. Based on everything I've heard about their latest show "Skins" I am fully expecting this one to feature full frontal nudity and partial if not full penetration. I'll consider anything less a complete failure.