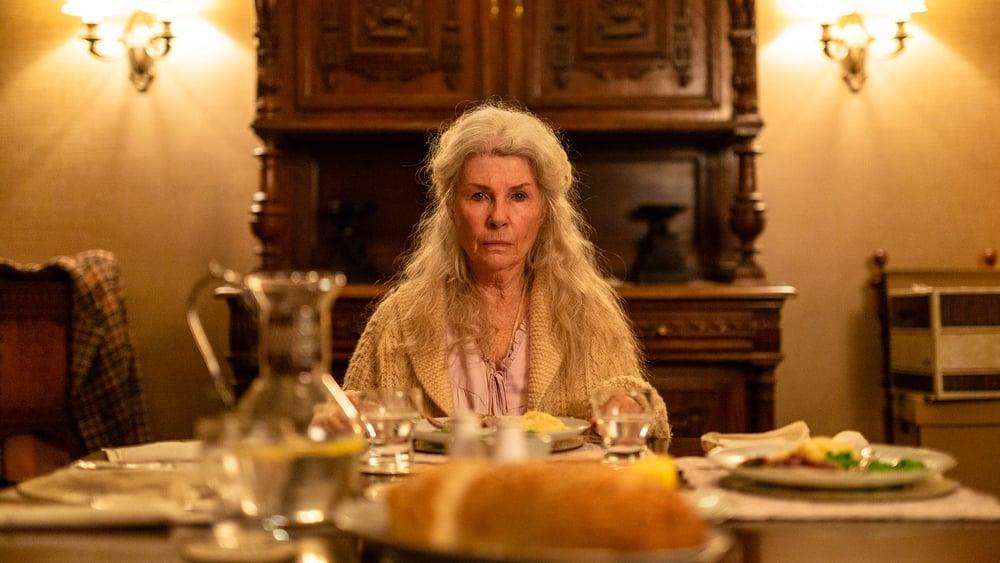 From the deep, dark pool of horror based on the struggle with burgeoning mental illness comes Relic. Not to be confused with the underappreciated 90’s creature feature of the same name, Natalie Erika James’s feature debut tackles the plight of age along with all of its unflattering and utterly terrifying prospects. Like Ari Aster with Hereditary, James’s debut is astoundingly confident in its themes—letting the horror and dread patiently build before delivering a breathless finale sure to shake audiences.

Relic opens on Kay (Emily Mortimer) and Sam (Bella Heathcote) as they return to Kay’s childhood home after her mother Edna (Robyn Nevin) has gone missing. Upon arrival they quickly notice signs of emerging mental instability. Post-it note reminders for menial tasks and even ominous warning like “Don’t follow it..” are littered throughout the house. Sections of the house are also succumbing to age, mold taking over as bizarre noises are heard at night. Suddenly, Edna returns with no memory of where she’s been and alarming bruises on her body. Kay and Sam stay, noticing increasingly erratic behavior and signs of dementia. Though as Edna’s behavior swings escalate neither can shake the possibility that perhaps a sinister entity slowly taking her over.

Fans of the aforementioned Hereditary, but also The Babadook will find themselves in their “comfort” zone with Relic. Tonally James captures the same unease present in Aster and Kent’s works while utilizing the supernatural to tie together the themes of mental illness—and ultimately James’ vision portrays the supernatural elements as a metaphor as they relate Edna’s deteriorating mental wellness. The parallels aren’t exactly subtle, yet James isn’t smacking you in the face with supernatural jump scares around every corner like your typical Hollywood ghost story. The film slowly and surely digs its claws into you and tenses every muscle so that when the other shoe drops you're prepped for maximum payoff.

The ultra slow pace may still be too sluggish for mainstream audiences, but the human element to this is steeped in relatable paranoia and fear. The key to these relatable fears are how James writes her characters and their shifting emotions, complemented by the performances from the trio of women. Edna is frightened of what’s happening to her, but on a dime she can shoot the coldest glance imaginable and fill the room with an unbearable chill as the audience wonders what she’ll do or say next. Kay is tired and at a loss of how to help her sick mother while trying to cling to what’s left of her relationship with her mother. Sam, meanwhile, is mostly just trying to relish the time she has with her grandmother. Yet the unease ofr watching a loved one slowly slipping away right in front of you looms heavy over every scene. James does well to infuse the confusion and fear in each character over the course of 90 minutes which helps the films breathless and bizarre final act really leave a mark.

Three outstanding performances aside, the unsung MVPs of Relic may be the sound editing and production design. The house itself may as well be the fourth main character. It’s decaying walls and hallways seem to come alive at the most opportune moments, shifting as the doubt and fear of the characters rises. Are they too succumbing to the specter of dementia? The house is itself a window into or extension of Edna’s mind where nothing is what it seems and danger lurks around the corner. The house’s ambient noise creeks like the inside of a wooden ship as though the walls themselves are about to burst or come toppling down any moment thus amplifying the film’s immeasurable tension.

Relic exploits a fear within us all-getting old. Natalie Erika James blankets the audience in dread before pullings the rug out from underneath us and dishing out an emotional gut punch of an ending. Relic stands as a true can’t miss experience for genre fans.