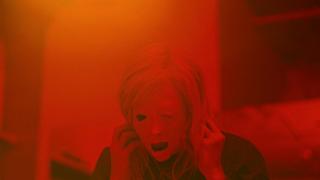 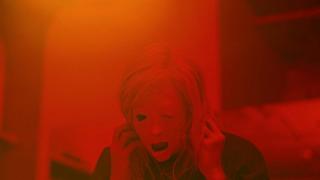 Sometimes I lie awake at night worried about Andrea Riseborough. She's so pale and looks so sickly. Is she ok!? Someone please help her! I might be able to sleep a little better now though since she's been cast opposite Alexander Skarsgard in the new virus outbreak flick "Hidden". The movie focuses on a family who's hiding out in a bomb shelter after a strange virus starts to spread across the land. Please Andrea, use the money from this to get yourself some McNuggets. It may be your only hope.

If you've read "Blood Of Eden" then there's a good chance you're a 14 year old girl. Or you're on some sort of police watch list. Either way I guess you can get your Hello Kitty lunch box ready because Palomar Pictures has picked up the rights to the young adult vampire novel with plans to bring it to the big screen. In all fairness the book sounds a lot darker than the "Twilight" stuff but I'm still going to mock you. I really don't have anything else.

Excited about the new Judge Dredd flick simply titled "Dredd"? No? What if I was to tell you that the film which is currently set for a late summer release has earned itself a PG-13 rating? Still no!? What if I told you Rob Schneider is in no way attached to the film. Alright now I got you a little bit right?