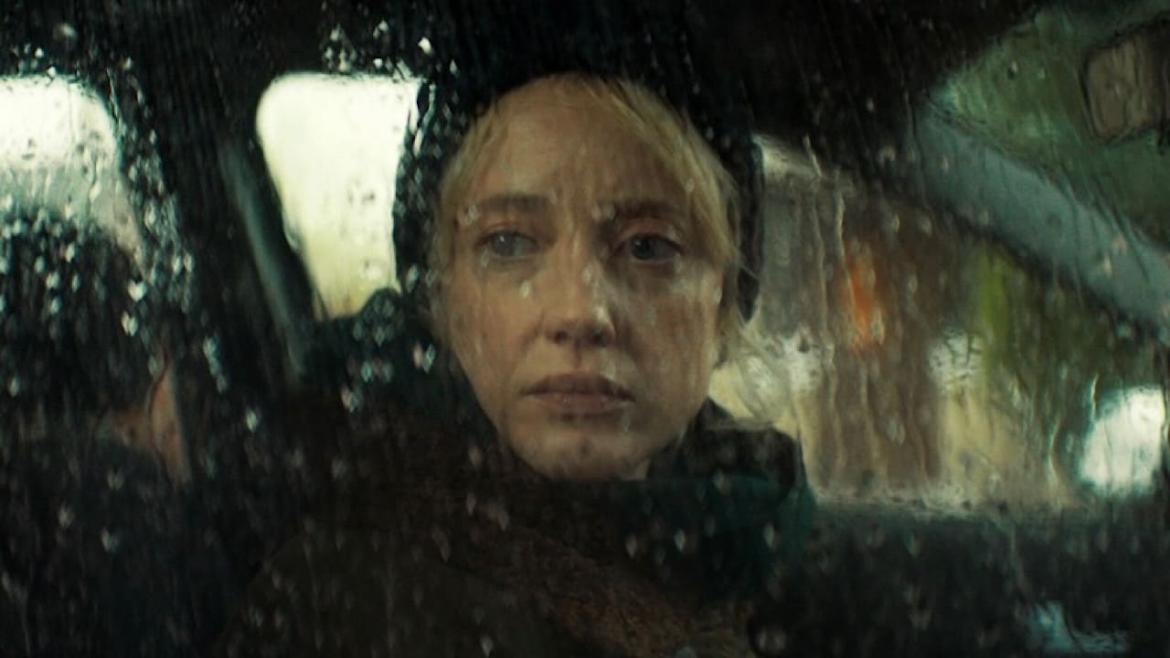 Grief is a powerful force. Despite the universality of grief, it can be a completely alienating thing when you’re in it. This may be why stories of grief and loss are so popular across media and genre specifically. Grief looks different on everyone and so there are near infinite ways to explore it. Stacey Gregg’s feature directorial debut Here Before is one such film.

The film stars Andrea Riseborough (of Possessor and Mandy) as Laura. Laura is suffering. She is feeling alienated from her husband (Jonjo O’Neill) and struggling to relate to her teenage son (Lews McAskie). As the story unfolds, we learn that their seemingly normal suburban family unit has been torn apart by the death of their young daughter in a car accident. Laura’s husband was driving and her son was in the car. As the only one not present at the time of the accident, she is struggling in a way that is unique and acute. She can’t let go of her daughter, and the tighter she holds on, the more her husband and son continue to slip away from her.

When a new family moves in next door, Laura becomes fixated on the neighbors’ young daughter Megan, and the two become eerily close. Megan says she remembers being at the cemetery where Laura buried her daughter. She asks for a ketchup smiley face just like Laura’s daughter used to. This little girl remembers things that only Laura’s daughter would know and Laura slips further and further into fantasy.

Here Before is an anxious thriller. Apprehension hovers over the entire story like the fog that hugs the Irish hillsides in the establishing shots. Riseborough offers a bracing performance that feels like she is constantly pushing full-force against invisible restraints, only to wear herself out, before trying again. She brings the viewer along as we ride the same waves of tension she experiences from start to finish. We can see that what she’s doing is entirely irrational, but we can’t seem to stop ourselves from rooting for her recovery. In a particularly powerful scene, Laura takes Megan to her daughter’s favorite park. When Megan talks about how she was too small to go on the monkey bars last time she was here, Laura screams at her, shouting that she’s never been to the park. She wants so badly for this girl to be hers and is at the same time terrified of the possibility.

Gregg, who has mostly written for TV before this, is also the writer of Here Before. He walks the line between fantasy and reality very delicately, only unraveling tiny bits at a time, so it’s impossible to tell if Laura is losing her mind or whether something supernatural is going on. The audience is left to walk Laura’s journey with her. Has Megan been here before? Only time will tell.