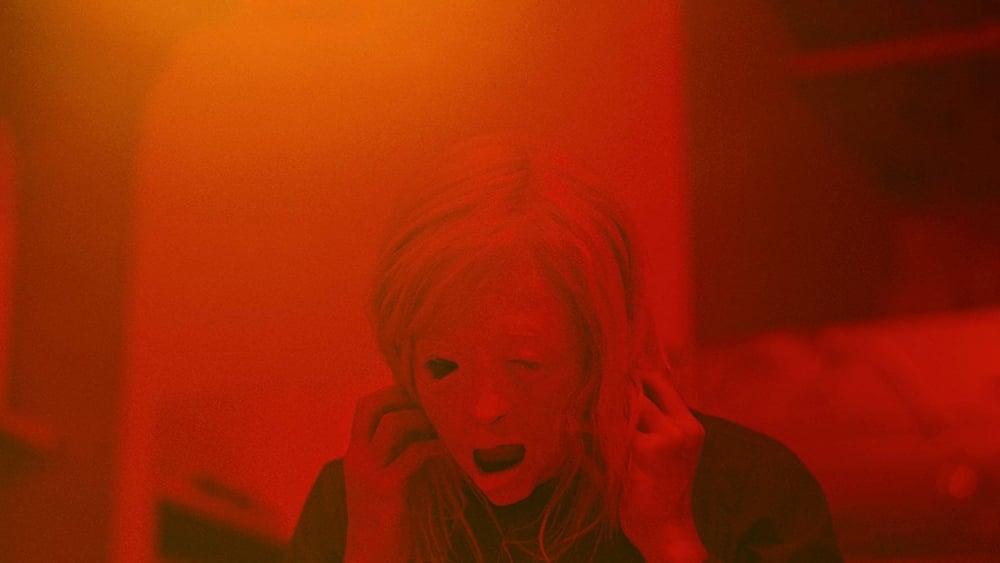 In Brandon Cronenberg’s sophomore feature, Possessor, the filmmaker presents a cold and mean spirited near future where technology makes the loss of one’s identity as accessible as you would like. Part corporate espionage thriller, part techno dystopia nightmare, Possessor is proof that the proverbial apple certainly did not fall far from the tree. Lineage aside, Brandon continues to assert a style all his own while dabbling in the gorey delights and the heady possibilities of high concept narratives.

Possessor follows Tasya Vos (Andrea Riseborough), a contract killer for an agency with technology that can plant someone's consciousness in the mind of another person via an intricate web system implanted in the host's brain. Vos is touted as the company’s star by Girder (Jennifer Jason Leigh) who can’t help but notice that Vos’s most recent assignments have become increasingly brutal. Girder wonders if her “star performer” is losing touch with her identity. Still, Vos saddles up for her latest hit, possessing the mind of a shady but charming young man, Colin (Christopher Abbott), who is about to marry into a wealthy family. As she starts the job, her ability to maintain control of her new host proves to be difficult as Colin is battling his own inner demons and the combined mental instability may tear both Colin and Vos’s lives to shreds.

Cronenberg’s latest has left an impression on many due to the sudden and extremely brutal moments of shocking and graphic violence. It should not be understated that Possessor is tremendously violent, but it’s violence is not extended nor does it ever feel particularly gratuitous in nature. In fact, Cronenberg presents the sequences of violence with a stomach churning, brutal realism that reverberates throughout the film. Every action takes a toll and though Vos claims to be unaffected, there’s no running from her actions in other people’s skins. Her life of immense violence is bleeding through and leaving a stain on her psyche.

While Vos is dealing (or not dealing) with her trauma, she finds that she might not be a match for what’s inside Colin’s head. As Colin, Abbot delivers a performance that sustains the film’s frenzied pace as he shifts through layer after layer of different identities. Through the majority of the film his character is ostensibly inhabited by Vos. As a performance though, Abbot carries the weight of presenting two versions of himself at any given time. Following the aftermath of the assassination Vos has prepetrated as Colin, the barrier between their two identities becomes increasingly permeable and as the film careens through the third act it’s on the audience to suss out who is actually in control of Colin at any given moment. The subtleties of Abbott’s performance are the kind that get overlooked by awards folks largely due to this being a genre picture. Still, there’s a great deal of very effective work being done not just by Abbott, but by Riseborough and Leigh as well.

Possessor is a monumental second effort even for a filmmaker hitched to the star of his own flesh and blood. Brandon Cronenberg has a long and intriguing career ahead of him, one that will keep practical special effects artists employed and tremendously busy for years and years to come.