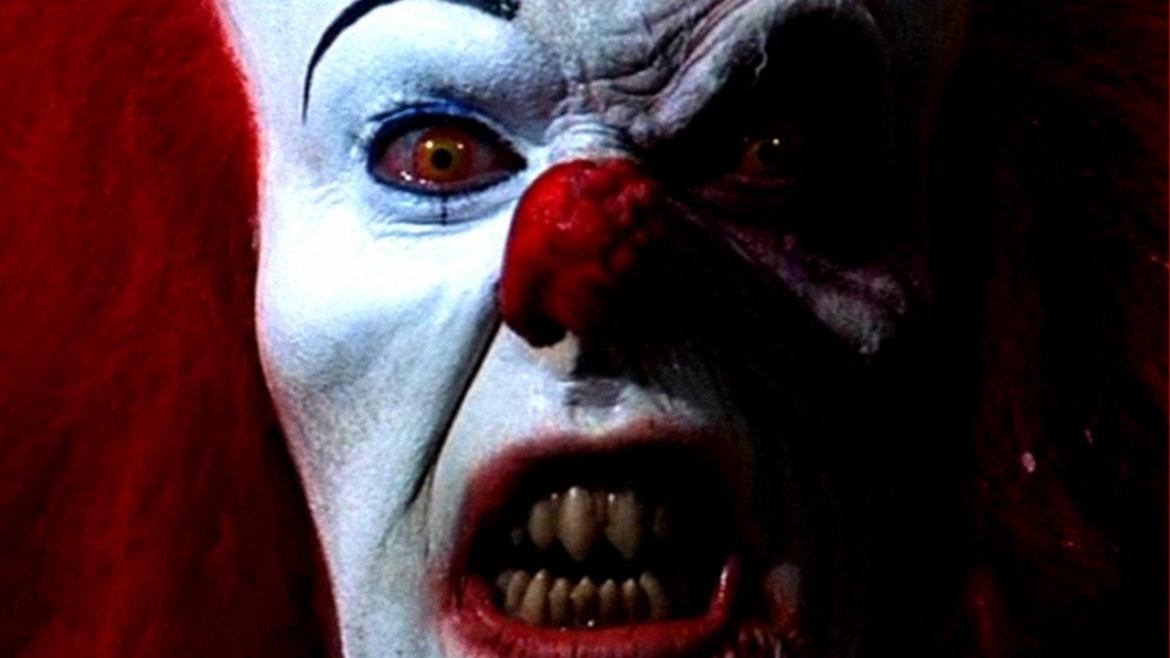 Stephen King’s It terrified readers upon its release in 1986 and went on to be the best-selling book of that year. The inevitable filmed adaptation hit TV screens in the form of a miniseries in 1990. With the first trailer dropping this week for the 2017 big screen, big budget adaptation of the Master of Horror’s work, now seemed like a good time to revisit Pennywise and the Losers’ Club as they were more than a quarter century ago: is It still the frightfest that kids of the ‘80s and ‘90s remember It being?

After children in the small town of Derry, Maine are murdered in 1990, local librarian Mike Hanlon calls up several childhood friends scattered across the country to remind them of similar events which happened in Derry in 1960. Mike’s former schoolmates have all blocked the terrible occurrences of the summer of that year from their memories, but Mike convinces them to return home. Only these seven friends - who gave themselves the moniker The Losers’ Club - can stop the malevolent force committing these horrible deeds, Pennywise the Dancing Clown.

The television landscape of the late ‘80s and early ‘90s was much different than what today’s audiences are used to. TV was still viewed as second fiddle to the silver screen, and high quality productions were rare. Miniseries based on King books were becoming a staple with varying degrees of success. Frequent John Carpenter collaborator Tommy Lee Wallace, probably best known for Halloween III: Season of the Witch, was brought in to direct, and a cast of television superstars, including John Ritter, Richard Thomas, Tim Reid, and Harry Anderson was assembled to play the 40-year-old versions of the Losers’ Club. Up-and-coming child actors such as the late Jonathan Brandis, Seth Green, and Emily Perkins - who would go onto horror infamy as Brigitte in Ginger Snaps - portray the seven friends as children. Though Alice Cooper was considered for the role, Tim Curry chews up scenery as the killer clown.

Adapting novels always seems to be a precarious process at best, and distilling King’s more than 1,000 page tome down to three hours had to be a daunting task for all involved. The restrictions of prime-time are probably what hurts It the most. The production itself is most likely on par with other fare of the time; that is to say nowhere near the quality of contemporary theatrical presentations. For a horror story, gore is virtually nonexistent; a casualty of both budget and the censors. What little blood that does show up bubbles out of sinks or pops out of balloons, spraying on the faces of main characters and extras alike. And, Curry’s performance, iconic as it is, consists of nothing more violent than threats and the baring of sharp teeth.

If you just can’t wait for September of 2017, or saw the original way back when and want to see if Pennywise still lives up to the nightmares of your memories, It is better than King made-for-TV clunkers like The Shining and The Langoliers. But if you’ve not read the book and want to go into the new movie spoiler-free, it’s best to hold out a few months and skip the 1990 iteration. They'll all still be floating down there - and waiting for you to float with them - this fall.