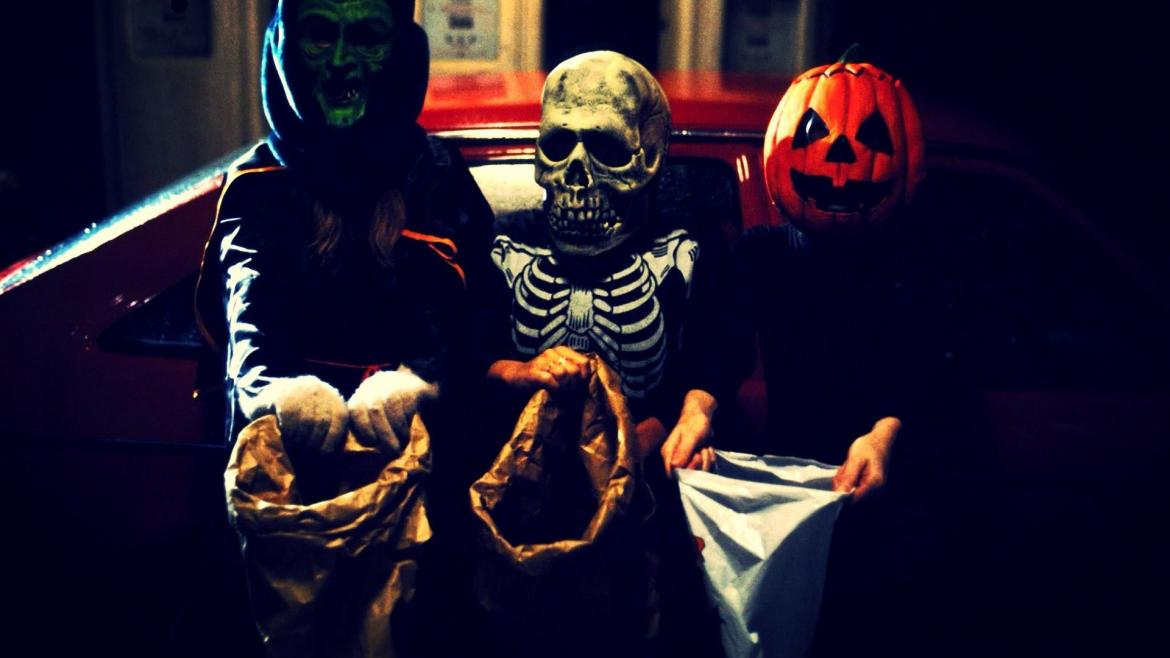 When Halloween II comes to an end, Haddonfield has been rocked by the events of one fateful night; October 31, 1978. The body count has reached seventeen*, the hospital is on fire, and Michael Myers is dead. John Carpenter and his partner, Deborah Hill, weren’t interested in trotting Michael out for another round, and had decidedly taken that option off the table—at least for the time being (more on that later). Instead, they sought to create an anthology series, upon the bedrock of the first two films. They believed that the holiday itself was more than enough to inspire horror after horror, always in different towns and involving wholly original characters. It was with this vision that Halloween III: Season of the Witch was born.

Moving out of the American midwest, this story takes place primarily in the small town of Santa Mira, CA, home of the Silver Shamrock novelty company. With just a week to go until All Hallow’s Eve, the company is busy churning out boxes and boxes of their signature masks to be shipped to children all over the country. Dr. Dan Challis begins to suspect that something is going on after a man turns up in his emergency room, clutching one of the masks, only to become the victim of an apparent murder suicide. As the story unfolds, becoming weirder at every turn, Dr Challis and the victim’s daughter, Ellie Grimbridge, decide to check out this Silver Shamrock factory for themselves.

As is the case with Halloween II, Season of the Witch is not directed by Carpenter, though he and Hill did stay involved as producers and Carpenter again lent his signature style to the film’s score. This time around the director’s chair goes to Tommy Lee Wallace, making his directorial debut after working with Carpenter as the editor and production designer for both Halloween and The Fog. Wallace penned the screenplay for this film as well, making it the first in the series not cowritten by Carpenter and Hill and it definitely shows. Moving away from the slasher genre, this film falls much more squarely within the sci-fi realm, with a heaping helping of Celtic folk lore to boot (laying further groundwork for the rune-related nonsense that will come later). Now hang in there, because this is going to get insane. It turns out that the folks at Silver Shamrock are going to harness the power from one of the stones from Stone Henge—which they stole and brought to California, for some reason—to murder all of the children who are wearing their masks!

Riding on the heels of the two, very impressive, films that came before it, Season of the Witch does not exactly live up to expectations. Though a lot of that disappointment comes from the noticeably large hole where a deranged murderer should be, that isn’t this film’s only problem. As the first film not written by John Carpenter and Deborah Hill, this movie is definitely not on par with its predecessors. After Laurie Strode became the Final Girl that would define what we expect from Final Girls today, it seems an odd choice that our protagonist here is Dr. Dan Challis, and even more surprising is how poorly he’s written. Dr. Challis is kind of a skeeze. He is creepy and inappropriate with every woman he interacts with, except for his ex-wife who delivers most of her dialogue by nagging, shrilly and without a face, through a telephone.  Worse, he doesn’t seem to have a motivation that makes any identifiable sense. And while the suspense, that audiences have come to associate with films bearing this title, still tries to create an anxiety-inducing atmosphere, it is like trying to build a sand castle too close to the waves. The structural integrity just isn't there. The story we're given, and its inherent threat, are not enough to engender much in the way of terror in the audience.

For these reasons, as well as others, the third part in the anthology was considered a flop when it was released back in the eighties, the plan for the anthology was scrapped, and the release of the fourth film would bring crowd-favorite Michael back from the dead. This does not mean, however, that Season of the Witch has not seen its fair share of love. The film quickly climbed to cult status, acquiring a loyal fanbase as it went. Not only are the masks availble for purchase on the interwebs, but Silver Shamrock Novelties has its own FaceBook page. With a truly absurd cast of characters, some distinct kills, and a very grating jingle, Season of the Witch not only has a crazy real-life backstory, but campy charm besides.

Kill Count: Seven (and the possibility for countless dead children)