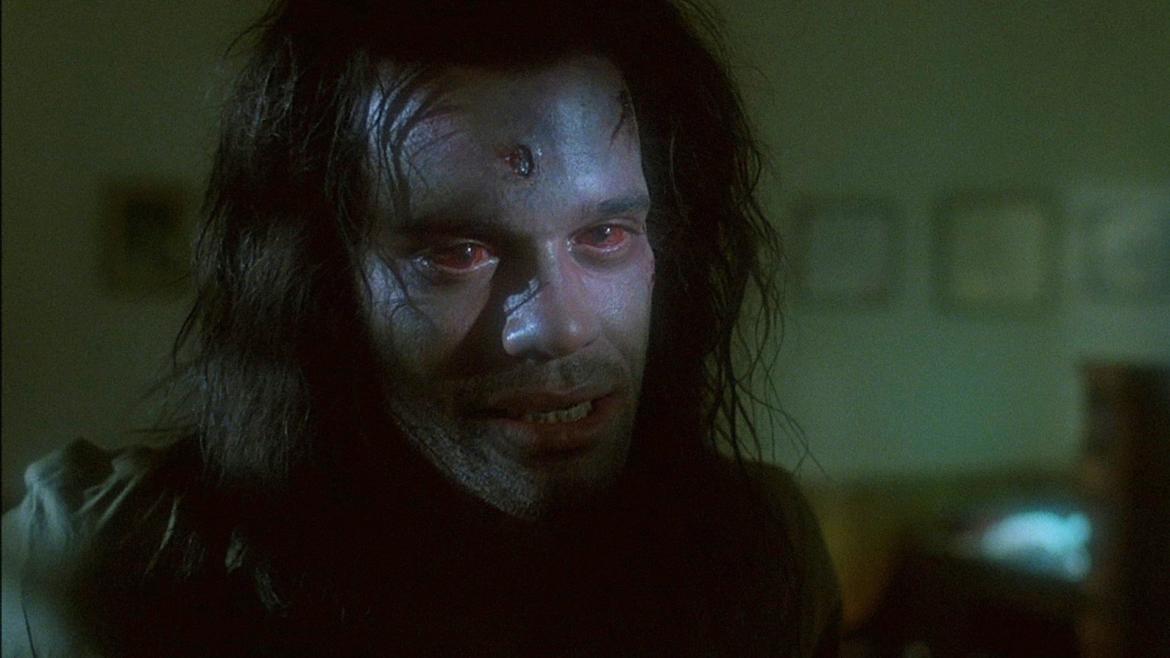 Traumatized after a run-in with a serial killer, television reporter Karen White (Dee Wallace) is sent to a secluded woodland resort/therapy center with her hunky husband (Christopher Stone). As it so happens, the center’s other inhabitants are hiding quite a big secret. And so begins The Howling, a movie that (spoiler alert for our readers in the early 80s) might struggle to exist in today’s world. It just takes one Yelp reviewer saying “I went here and everyone turned out to be werewolves” to bring a lot of negative attention down on your swanky, new-age summer camp for adults.

Two things about The Howling that are important to note right away: it’s a little dumb and a little slow. At least to modern eyes, it’s obvious the direction the film is heading and yet it seems intent on treating the events with an air of patient mystery. The pacing isn’t helped by how frustrating the movie can be. Logic doesn’t always factor in to the events which lead us the telegraphed “big” reveal at the summer camp, called the Colony. Characters patiently wait for werewolves to complete prolonged transformations instead of running; other characters appear out of thin air. It’s tough coming to terms with all of the bad choices the characters and choices the filmmakers are making.

On the subject of poor choices, let’s talk about the movie’s effects, which it has been lauded for over the years. Truthfully, The Howling has one jaw-dropping effects sequence, a prolonged werewolf transformation that, even 35 years later, still elicits squirms and gasps. As for what’s being done around that sequence, while the work is sound, there are conceptual problems. The movie’s werewolves are a great example of this. They have a hint of were-rabbit to them, what with the distractingly prevalent pointy ears, and their awkwardness is amplified by the fact that they are constantly shown in daylight.

The thing is, all of this weirdness starts to gradually come together around the midpoint of the movie. All it takes is the fever dream that is the cartoon werewolf sex scene to start to bring the film’s darkly humorous tone under control. After recovering from like that, it gets easier to chuckle off the questionable decisions the characters (and the filmmakers) continue to make.

By the very end, The Howling almost succeeds in completely making up for its rough edges. The gallows humor grows from chuckles and head shakes to outright laughter before the film culminates in an unforgettable “I can’t believe they did that” moment. It makes you wonder what The Howling could have been if sophomore feature director Joe Dante and screenwriter John Sayles (working off a draft by Terence H. Winkless) had gotten their feet under them sooner. As it stands, The Howling goes out on a high enough note to be considered a keystone piece of werewolf canon while falling short of an outright horror classic.