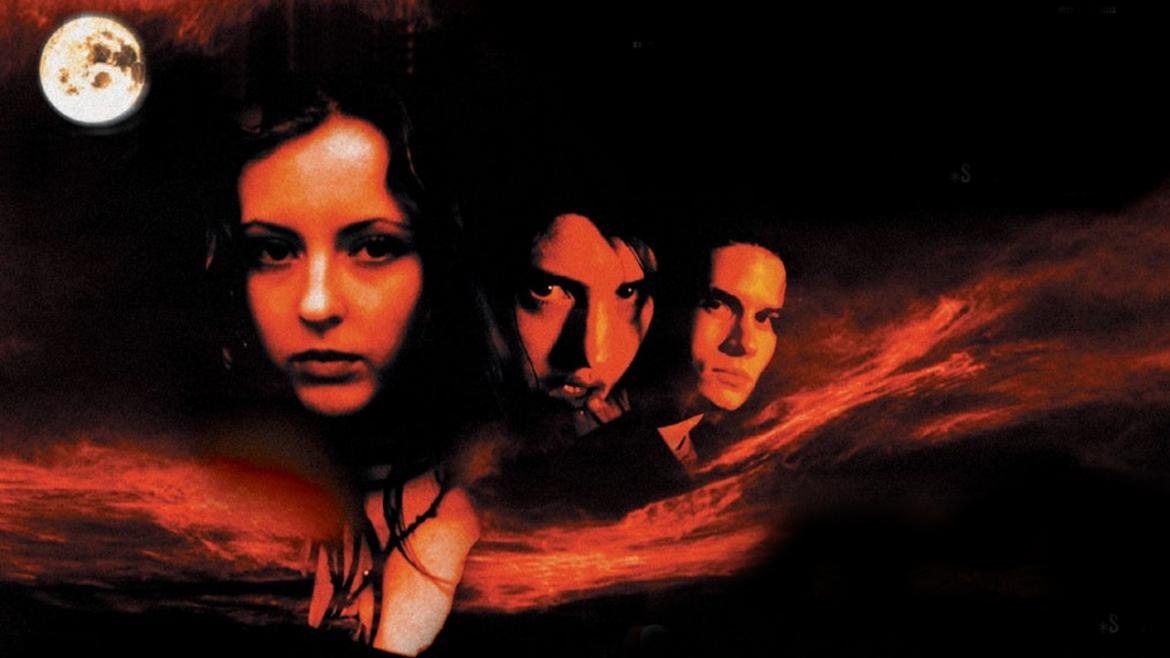 First, there was Scream. Kevin Williamson’s brand of self-aware, pop culture savvy teens quickly found itself replicated or intimidated to varying effect. Suddenly posters featuring brooding, pursed-mouthed pretty people stared at passers-by while a splash graphic of an obscured slasher figure filled the background. It’s the sort of trend that got tiresome within a few years as it became apparent the resurgence of slasher films couldn’t hold a candle to Scream’s fun and complexity.

Touring the aisles of a video store (this was before high speed internet, kids) the cover for John Fawcett’s Ginger Snaps would more than likely be lost in the glut of similar cover-art. The film’s focus on saucy, precocious high school students is certainly reminiscent of the period. But the film has a voice and focus entirely it’s own. Word of mouth on Ginger Snaps was strong and eventually garnered the film enough sales to put two sequels into production, neither of which were quite capable of capturing the same spirit of it’s predecessor. Part Daria, part An American Werewolf in London, completely Canadian, Ginger Snaps had a wry wit and frankness that struck a chord with many viewers, setting it apart from its contemporaries.

Brigitte and Ginger (Emily Perkins and Katherine Isabelle) are sisters who have a penchant for the macabre, electing to stage graphic deaths as a part of a school project. Loners together the sisters’ incisive sense of humor and withdrawn behavior draws the ire of popular kids and burnouts. While attempting to stage a revenge prank on resident head popular girl, the sisters encounter the “Beast of Bailey Downs”, a large bear or dog-like creature that leaves Ginger severely maimed. Following the attack Ginger starts noticing her body changing and not in the womanly ways the sisters’ mother (Mimi Rogers) and the school nurse believe.

Though Ginger Snaps dives headlong into its use of lycanthropy as metaphor for female sexual development it is also insistent on centering on the complexity of Brigitte and Ginger’s changing relationship. Boys, when they are around, are either sleazebags, completely clueless, objects of desire, or helpful companions void of romantic intent. The film courts controversy in its early scenes as the sisters reiterate their supposed suicide pact and Ginger daydreams of doing violence to other students. But as the film progresses these gestures are more opportunities for Fawcett and writer Karen Walton to explore how the sisters are growing apart while also holding on to memories of a childhood when they were compatriots against the world.

The film is also shaggy, particularly in its final sequences as characters find themselves in repetitive situations. There are two or three false climaxes that leave you exasperated by the final showdown. Nearing two hours in length the quick wit and energy of the performance from Perkins, Isabelle, and Rogers start to wan under the overly long runtime that seems in place only to allow more typical horror movie stalking with excessive footage of dicey werewolf effects.

Despite this Ginger Snaps has a confident tone and voice that skirts romantic interest to focus on issues much less common in horror, the relationships between sisters as well as mothers and daughters. The film’s significance has remained steady for the decade and a half since it’s release, even earning a special appreciation from Scott Tobias in 2009 as an entry in the “New Cult Canon”. Funny, sincere, and sharp, the parts of Ginger Snaps that hit do so with a force and wit difficult to forget.