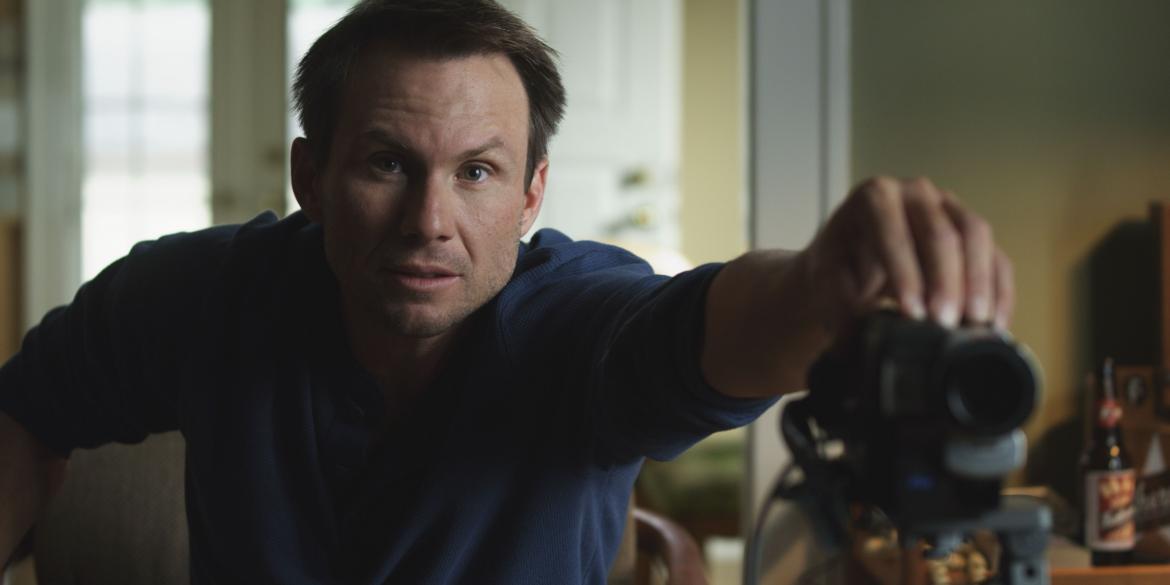 “Playback” starts interestingly enough. A young man named Harlan Diehl walks around a country farmhouse with a video camera, filming recently slaughtered bodies (as we learn later, it’s Diehl’s adopted family being filmed and he’s the one who did the slaughtering). His camera then focuses on a little baby left untouched in the mayhem. Before we learn the reason for his murdering spree, however, he is gunned down by police officers. Would it surprise you to know that the baby survives?

Unfortunately, the rest of the movie doesn’t come close to living up to the promise of these first few minutes. Written and directed by Michael Nickles, “Playback” seems content to be merely average. The script is laden with inconsistencies and plot holes, the dialogue is wooden, and many of the performances are stiff. A couple gory kills and cameos from actors who should know better aside, the film offers little reason for a recommendation.

After the opening scene (which took place in 1994), we fast forward to present day, to a group of high schoolers led by Julian (played by Johnny Pacar) who want to re-enact and videotape the massacre for a school project on the town’s history. They also learn that the farmhouse where the killings took place is still standing and decide to do some of their filming there.

Julian and his friends get a lot of their film equipment from Quinn, who works as an archivist at the local television station. While watching unreleased film of the farmhouse massacre, Quinn gets possessed by the film itself and goes from a brooding, hoodie-wearing creep to a brooding, hoodie-wearing creep with some lesions on his face. Seriously, there is no difference in his character’s demeanor before and after possession, which is a problem with the script but far from the only one. Quinn then possesses Julian’s schoolmates one by one and uses them to do his dirty work.

Julian eventually learns (through some rather clumsy exposition) that Harlan Diehl was a direct descendant of Louis Le Prince, an early pioneer of motion picture technology. Now, Le Prince was an actual person and his contribution to motion pictures is real. In fact, “Roundhay Garden Scene,” Le Prince’s early attempt at filmmaking, is included in “Playback.” But in this film, Le Prince is none other than the devil himself, with the ability to project his soul into his descendants by filming them. You see, Louis = Lucifer, and Le Prince = Prince of Darkness. How’s that for some serious sleuthing? And now Le Prince has taken control of Quinn and Julian’s friends.

The idea of making a horror movie based on motion picture history could have made for an interesting story. Nearly everything else about this film seems tired and worn, however. The characters are stereotypical and none of them are particularly likable, so when they’re finally killed you’re glad to be that much closer to the end. By the third act, “Playback” devolves into nonsense, with references to incest and mysterious adoptions, as well as a shootout that is downright laughable.

Is there any reason to watch “Playback?” Well, a couple of the kill scenes are inventive and cool in a gory way. You can also watch two actors who try their best despite the material they’ve been given. Christian Slater has a small role (playing— no joke — a police officer with a fetish for watching videos of high school girls disrobing). And I always enjoy seeing Mark Metcalf (Neidermeyer from “Animal House,” playing a television reporter who ends up in an insane asylum for some reason that’s never really explained).

These are minor positives, however, but in the end they’re not reason enough to sit through “Playback.” Do yourself a favor and skip this one.