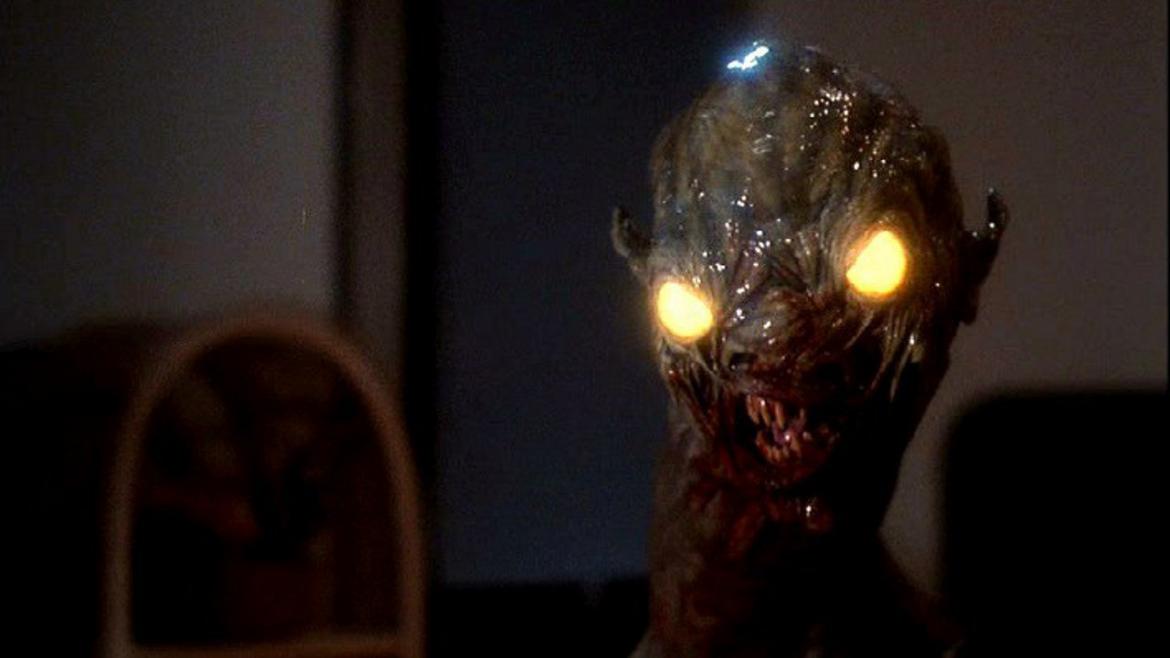 When all’s said and done, historians looking back on late 20th century New York City may have no account more reliable than the era’s cult and horror films. Travis Bickle and Ratso Rizzo never lived there, and the city was never actually plagued by murderous separated twins or radioactive mutants, but nothing else has captured so indelibly (for better or worse) the anxiety, violence and corruption that we associate with that time and place. 1984’s C.H.U.D. is surprisingly interesting in this respect, but it’s still a really bad movie.

More than any other NYC based horror film I can think of, C.H.U.D. spends a lot of time exploring the conditions of homelessness, especially the ways in which the men and women so afflicted were completely ignored by society at large (it’s no mistake that one of the movie’s heroes is a photographer who documents their lives). The movie begins when a wealthy woman’s disappearance brings attention to a problem that’s been plaguing the city for weeks--turns out she’s not the first to go missing, just the first anyone minds being gone, as the paranoid director of a homeless shelter and soup kitchen (a young, out-there Daniel Stern) informs the police captain who takes the case. This is unusual territory for a horror movie to explore--and, notably, it presages certain conspiracy theories some New Yorkers may be familiar with--and while it’s never really exploitative, it certainly never mines its subject matter for the full range of panic and terror within its reach.

Most importantly, the C.H.U.D.s themselves are barely there for far, far too long. Low budget horror and sci-fi movies try a lot of strategies to make the most of what they have--whether that’s making the lack of effects beside the point (Coherence or The Blair Witch Project), cleverly keeping the audience from realizing they aren’t seeing as much as they think they are (Tremors), embracing humor and camp (Evil Dead) or being, simply put, groundbreaking and creative (Raimi again, also Romero or Hooper)--but C.H.U.D. employs none of them, opting instead to solve the problem by acting, for as long as possible, like it’s not really a horror movie. The opening shot may feature a gruesome arm slipping out from under a manhole cover, but an unbelievable amount of early scenes are full of hammy dramatics, faint moralizing, and over-acted cop movie cliches (“They’re not staying down there, anymore!” the original tagline promised, but they sure took their sweet time).

Every horror fan is familiar with the desperate seams of a cheap production, but some of the weaker moments in C.H.U.D. reach such astounding lows there’s no excuse but laziness: in one scene, the camera cuts as a woman is attacking a monster so they can swap out a “gross monster head” prop for a “decapitated rubber neck” one (really, you couldn’t have made a monster puppet that could be decapitated?) But the piece de resistance has to be the car crash near the movie’s end, when a van explodes after driving approximately one foot and getting its tire stuck in a pothole.

Regrettably, even moments like this are too few and far between, and for the most part C.H.U.D. is as bewilderingly dull--and as low on scares-- as a below average ‘80s procedural. As a glimpse of the latter years of New York’s most dangerous period it can be unexpectedly unique, but in every other respect it’s a dud. It’s hard to believe that it’s earned name-recognition among so many superior counterparts.