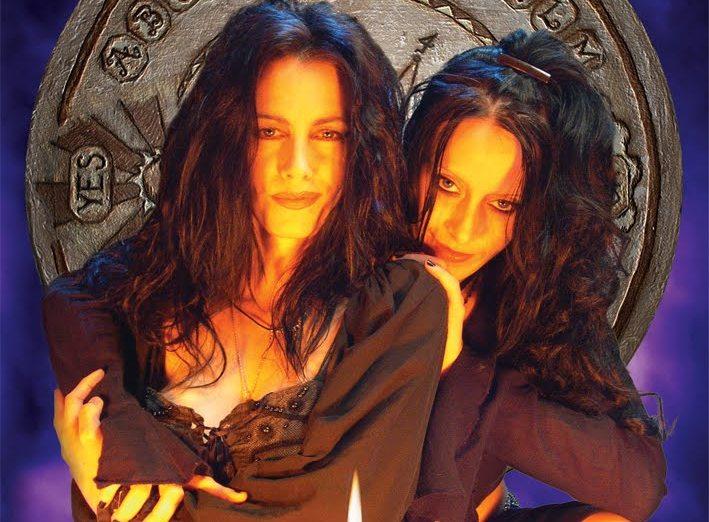 My wife is a challenging, intuitive and passionate creature. Each trait is equal parts elation and negotiation, carb and fiber, dissolution and insolubility. I love my wife and on the days we don’t talk finances or the finer points of fabric fortitude relative to its state of cleanliness she also doubles as my best friend. Our ideas of necessity may differ but if one of us expresses our desires around a subject strongly enough the other usually offers support. This has been the case for my vocational endeavors as well as my forays into short film production. The one sizable exception to this is acting. The last time I employed my spouse as a performer she stood on a boiling blacktop with a spike of chocolate syrup pendulating from her lower lip and told her co-star that I didn’t know what the fuck I was doing. It was a fair point, one that ended her career in front of my camera. JimmyO Burril and his wife April are a much more courageous couple than my wife and I in this regard.

April and Jimmy are the creative team responsible for the Sawing Siren Sexpot known as “Chainsaw Sally”. April Burril as Sally has been an icon of the independent scene since 2004 and has enjoyed multi-media exposure that includes film, web series, and playful pin-up. Last year JimmyO and April decided to ditch the chainsaw chick in favor of the occult; to do so they enlisted the help of sexy Scream Matriarch Debbie Rochon.

“The Good Sisters” tells the story of Kindra and Breanne Good, a pair of sisters who are descendants of Salem witch trials victim Sarah Good. Life’s a bit of a bitch for a modern day witch and the sisters Good are living in perpetual states of flight and sequestration. When we meet them they are renting a room in an old Victorian, ducking witch hunters and earning a little scratch at a nearby nursery. But signs point to their hideout going bad; Kindra suspects that their downstairs neighbor Mr. Hopkins is a heretic hound who is just waiting for the right time string the girls up. Further sleuthing only serves to heighten their suspicions and gradually the pair starts to unravel. Strange events around the house find the neighbors also falling pray to their fears, mostly those regarding the odd, reclusive sisters next door. Eventually everyone’s anxieties get the better of them and by film’s end blood flows amongst witches, hunters and clergy alike.

I was not a fan of the film “Chainsaw Sally” though the subsequent shows and photo shoots were both amusing and titillating. I wish I could say that I had new found adoration for JimmyO’s work through watching “The Good Sisters” but the film failed to conjure that. There was a fair amount to enjoy, but there was also a bubbling cauldron of compromise that took me out of the movie over and again.

The biggest crucible here is the cinematography. Static, dark and often exceedingly long shots with missing information and insufficient framing plague the entire production. There is seldom enough coverage in the form of close ups and cutaways to lend texture to character and environment. In scenes where there seem to be adequate shot options to affect a strong feeling strange editing choices and status changes happen without proper regard for point of view or the emotional language. This dooms the atmosphere.

Editing is a bugaboo for performance as well. Because the actors are sitting in uninteresting compositions working through long tracts of dialog the editor has no choice but to leave in lines that should have been cleaved to enhance the authenticity. Even really good actors may choke on a line now and again and without options to shave it off in editorial it makes the performer look less capable than they actually are. There are a number of bad actors in “The Good Sisters” but there is at least one good one. Unfortunately, Debbie Rochon seems roundly hamstrung by the way the film was shot and cut.

Not all the news is bad. The screener I got included a quote about this film jump starting the occult erotica genre. While launching the next era of Jean Rollin/ Jess Franco styled films is probably a stretch, the best elements of this film are the erotic passages. Near the end of the film we are treated to a very sexy interaction between Rochon and April Burril. The editing is actually well done and the intensity of performance between the two women elevates the scene along side Lina Romay’s bloody bathtub dance (in Franco’s“Female Vampire”) as one of the classic manual stimulation sequences.

In all fairness this is vastly better film than “Chainsaw Sally”. JimmyO Burril is no doubt an improved filmmaker and April’s chops as an actress have certainly expanded since that 2004 debut. There is a lot of daring to their undertaking and it is nice to see them having success while doing it on their own terms. But while I may admire the fire with which this independent filmmaking couple marries their relationship with shared creative zeal I am not yet on board with the end product. If I may I’d to close with a bit of advice to all husband and wife creative teams… No matter how it might seem, it is often easier to convince a complete stranger to labor with burning feet and a chocolate dipped head than to ask the same of your soulmate.