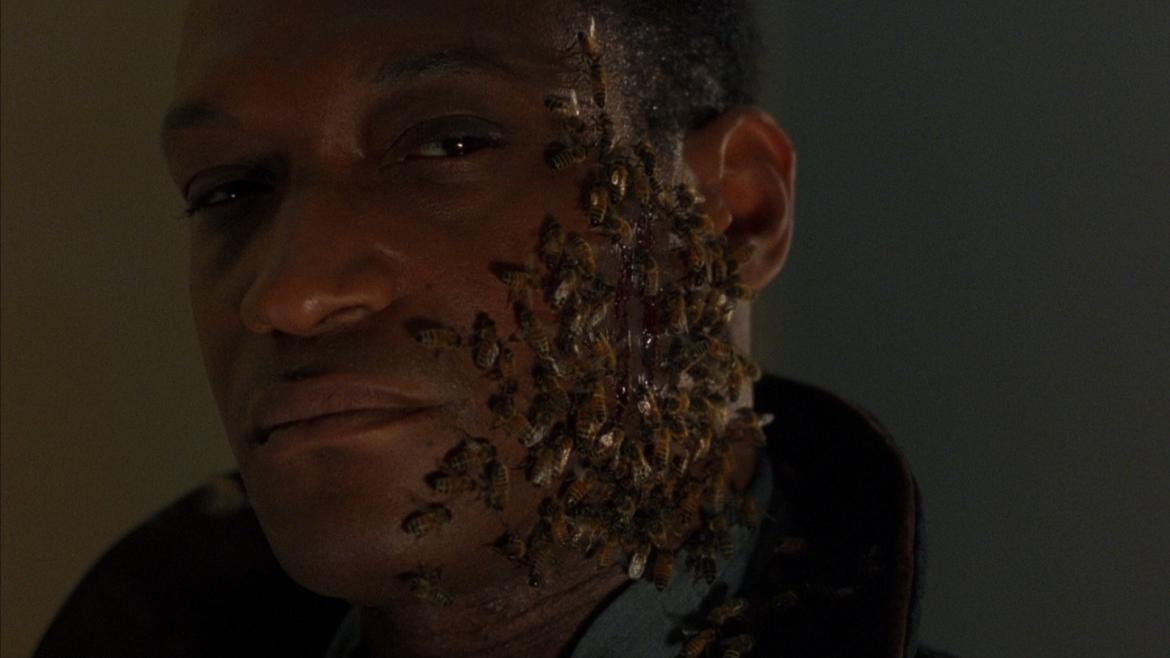 In recent years, critics and audiences alike have begun to protest in one voice the sequel-happy time that we seem to be living in. It feels like a movie can’t enjoy even  modicum of baox office success without the immediate green light of an undetermined sequel. This trajectory is an all-too-familiar one. Like playing a game of telephone the things that people originally enjoyed about the story quickly begin to get lost with each new film. This serialization and dilution of a story is nothing new, however. Horror fans know all too well what can become of a beloved story or monster when producers and financiers get greedy.

The Candyman franchise is no exception. The 1992 classic takes place in Chicago, where a graduate student named Helen, conducting research on urban folklore, stumbles upon the story of the Candyman. According to legend, Daniel Robitaille was a slave who was paid by a plantation owner to paint a portrait of his daughter. When Robitaille and the young white woman fell in love and were found out, however, an angry mob, bearing torches and pitchforks lynched the young man, cutting off his painting hand and covering him in honey and allowing his body to be swarmed by bees.

The story of the first movie makes narrative sense, despite the complicated and potentially problematic racial implications. Helen is brazen and cocky in her pursuit of the Candyman, and it ultimately come back to bite her. The following film, Candyman: Farewell to the Flesh, feels a little bit more like a reach, but still manages to make its connections to the original story, no matter how tenuous. With the release of Candyman: Day of the Dead, though, even that tenuous connection is almost entirely lost.

The third (and thankfully final) installation of this franchise, starring Baywatch’s Donna D’Errico as a Los Angeles gallery owner, feels from the opening frame like it isn’t trying at all. The story follows Caroline who is the mathematically impossible adult daughter of Annie Truant from Farewell to the Flesh, starts being terrorized by the Candyman while continually refusing to believe that he is real. The plot barely holds itself together for the first two acts, and by the time the final third begins everything goes to hell. The story takes a weird BDSM cult twist that must be ripped from the pages of Clive Barker’s Hellraiser stories.

As its title may suggest, Candyman: Day of the Dead also manages to take awkward racial appropriation to a whole new level as it jams mentions of Dios de los Muertos into the dialogue and storyline at every conceivable space. And did I mention that this movie is a thinly veiled excuse to make a Candyman-themed softcore porn? There’s also that. This movie is a mess from start to finish. Unlike other sequels that can be a blissful disaster to enjoy as they burn to the ground, the final film in the Candyman series is a joyless disaster that besmirches the franchise as a whole.