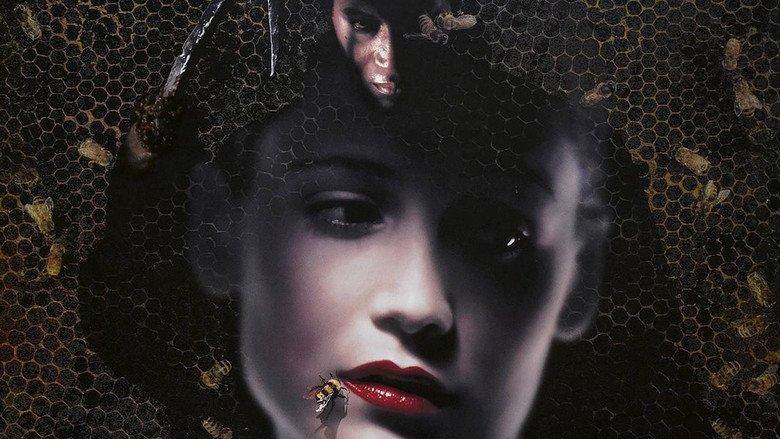 1992’s Candyman, written by Clive Barker, is one of the best horror movies of the ‘90s, with an iconic villain and a fantastic score. Candyman returned in 1995’s Candyman: Farewell to the Flesh. The sequel provides the killer with a change of venue and a new lead to torment.

Farewell to the Flesh finds Candyman committing his murders in New Orleans rather than the original film’s setting of Chicago’s Cabrini Green housing projects. This time around, the mythical killer is focused on Annie Tarrant (played by Kelly Rowan), a schoolteacher whose father, Annie’s brother believes, was murdered by Candyman. Annie feels that the monster is just a myth; a story believed by local children such as those in her school. When she recites Candyman’s name five times in a classroom mirror to prove to her students that there are no such things as murderous undead slaves with hooks where their hands should be, the children and the viewer know she’s in trouble.

This second installment in the Candyman saga isn’t bad as horror sequels go. It’s competently directed, with a nice overall sense of unease. Tony Todd is excellent, as always, and Rowan is serviceable, though she lacks the presence Virginia Madsen brought to the screen in the original movie. The great understated and eerie theme carries over to the sequel, which is a plus. The major criticism I’d make of this movie is that it seems rather unnecessary; the story is similar, and there’s nothing here that surpasses or even equals the movie’s predecessor. And, the antagonist’s origin of being a slave’s son, murdered for having the nerve to love a white woman, is dramatized, which is unneeded since his tale was unearthed and sufficiently recited by Madsen's character in Candyman.

One major knock against the movie is the jump scares. There are multiple instances in which characters look in mirrors and mistakenly think they see Candyman over their shoulders, ready to do them in, only to realize there’s a non-murderous black man standing behind them. The filmmakers are sending mixed messages here, by presenting the idea of the horribleness of an African American man being murdered by racist whites simply for finding love outside his race, yet seemingly saying “they all look alike” when trying to frighten the viewer. I’m not sure how that played in 1995, but it seems egregious, and just plain odd, twenty-one years later.

If you enjoyed Candyman and haven’t seen Farewell to the Flesh, check it out; it’s worth watching. It certainly doesn’t go off the rails as many franchise installments of the ’80’s and ’90’s did. But, it pales in comparison to the inaugural edition of Candyman’s story.