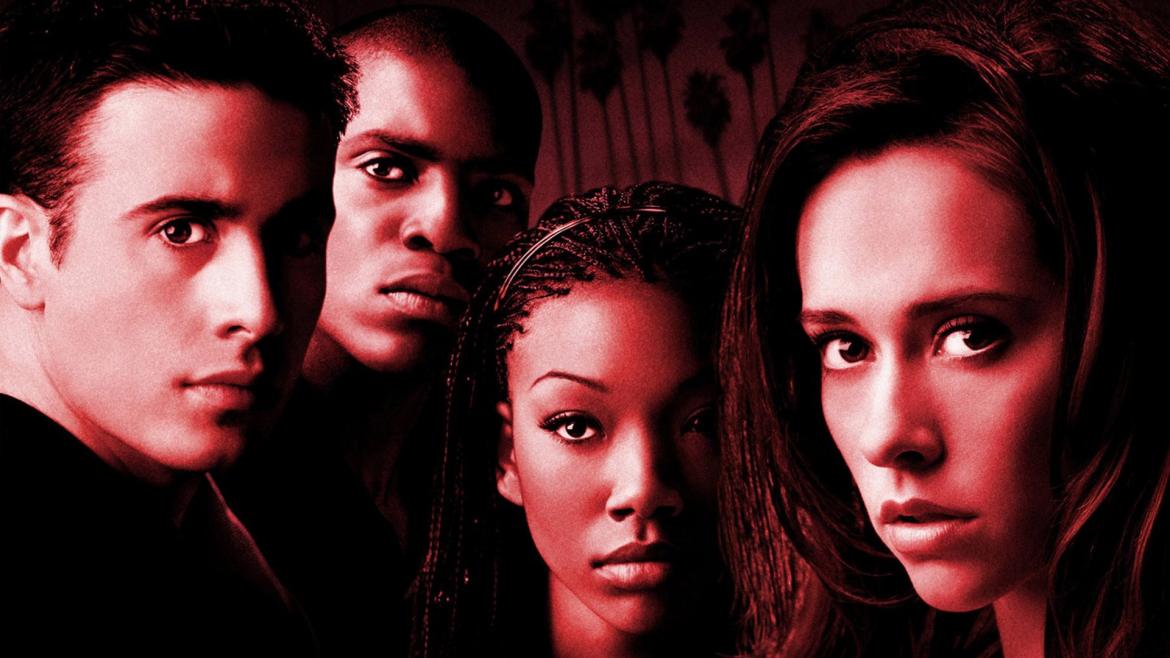 I Still Know What You Did Last Summer (Movie Review)

I Still Know What You Did Last Summer, the ill advised horror sequel that doubled down on the worst aspects of the first film, but also put Jack Black in dreadlocks as a weed dealing tropical wigger. Danny Cannon slips into the directing chair three years after the disaster that was Judge Dredd only to deliver a film that's even worse and devoid of the entertainment value that somewhat redeemed the Sylvester Stallone actioner.

Jennifer Love Hewitt and Freddie Prinze Jr. are back to battle the hook wielding murderer from a year prior, but this time in the Bahamas. Julie (Hewiitt) and three of her friends are on what they expect to be a dream vacation at the least friendly tourist resort in the world right before storm season when they find themselves under siege once again by the man that Julie and her friends left for dead two years earlier looking to finish what he started.

You probably didn't know this, but I Still Know What You Did Last Summer was way ahead of its time. How so? It is a horror flick that preceded the Adam Sandler movie formula. That being by arbitrarily taking a paper thin premise and setting it in a remote picturesque location for no other reason but to take actors in a vacation but also find a way to pick the pocket of unsuspecting theatergoers. Very little effort is put into making the film thrilling or even remotely engaging. Hewitt is every bit the tarted up Barbie doll that she wasn't in the first film, while Prinze Jr. only shows up from time to time traveling to get to Hewitt seemingly as bored with this idea as the audience stuck watching it. If I Know What You Did Last Summer was a lazy rehash of Wes Craven's Scream then I Still Know What You Did Last Summer is a lazy rehash of said lazy rehash- a steady decline of quality with little to no redeeming qualities.

It is sad when the best aspect of your film is a one note joke revolving around a poorly conceived and scantly used character- that being the dreadlocked Jack Black. The musician/actor seems to have just tagged along for the aforementioned vacation and to be the audience's one relief from a pretty grim and painfully predictable genre exercise. The body count is sufficiently escalated, but the violence and gore is disastrously tame and poorly staged.

I Still Know What You Did Last Summer is like the boring campfire story you've heard a thousand times and would rather plunge your head into the fire than hear one last time. It's a shame to see talents like Jeffrey Combs and Jack Black tagging along for such an inadequate slasher sequel. Packed to the gills with wet t-shirts and cleavage I Still Know What You Did Last Summer's amped up sex appeal and genre cliches serve only to make it the epitome of brainless horror sequels.

Movies Like I Still Know What You Did Last Summer