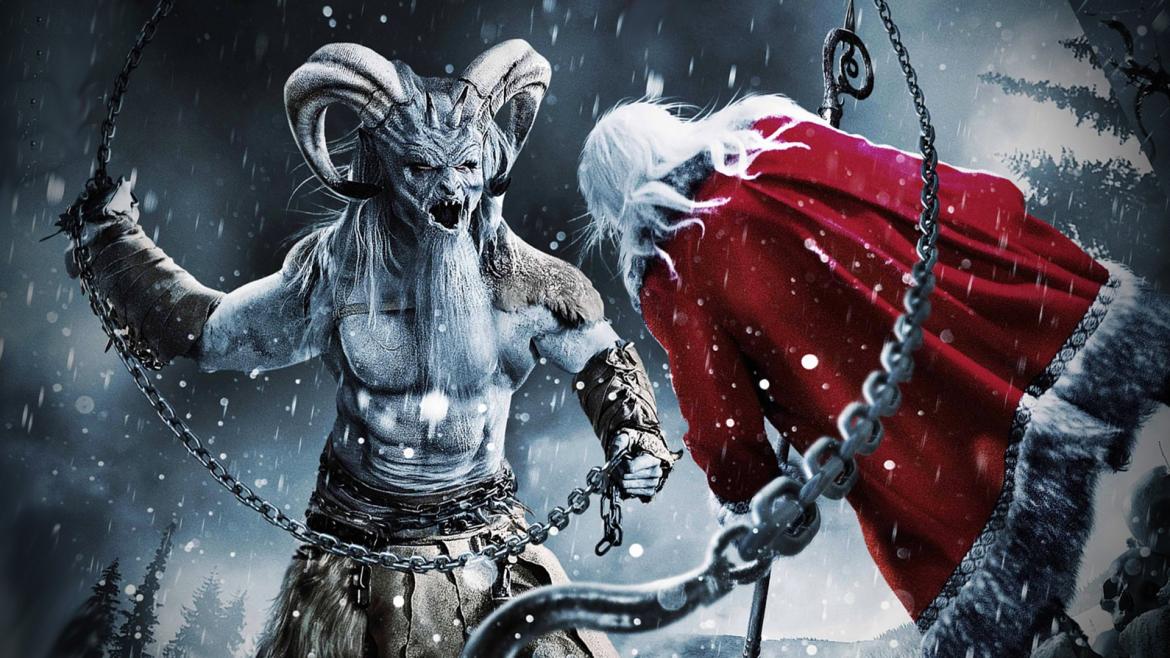 Anthology films have long been a favorite subgenre of horror fans raised on classic Twilight Zone reruns and repeated viewings of George Romero and Stephen King’s Creepshow. Though this form of storytelling had fallen out of favor for a time, up-and-coming filmmakers have resurrected it of late with films like the V/H/S and ABCs of Death series and Trick or Treat.

One area in which A Christmas Horror Story differs from most anthologies is that, rather than telling the stories in succession, the directors chose to cut back and forth between them. I personally could have done without this technique, because it makes it impossible to skip over the sections you are less interested in, and would make repeat viewings difficult. (Note: Amazon streaming was my delivery mode of choice; selecting specific tales may be possible with DVD and Blu-Ray). Fortunately, there’s no real clunker among the bunch.

That said, my least favorite of the four involves a miserable family traveling to a wealthy relative's home for Christmas. No sooner do they arrive than one of the children knocks over a Krampus statue, causing it to break. This unleashes a real-life version of the creature to terrorize the family. There’s some decent gore here, but not much happens other than the family members getting hunted in the snow.

Up next, a group of three teenagers sneaks into a school to investigate some murders which took place there a year prior. They accidentally lock themselves in, and things get spooky. This one exhibits the creepiest vibe overall and a sense of foreboding, though it fizzles out a bit, and the climax doesn’t quite live up to the introduction.

In the third installment, a couple ventures into the woods with their young son to chop down a Christmas tree. When they return home, they realize the boy is not quite himself.

The finale, and the episode most people will view as the standout, involves Krampus once again. Santa’s elves develop some type of virus which turns them into bloodthirsty  zombies which Santa is forced to slay. Once said zombified elves are dispatched with, St. Nick has a final showdown with a beefed-up Krampus. What follows is a fantastic unexpected twist, elevating this entry from a silly hack and slash Santa story to something a bit more substantial.

The wraparound involves William Shatner as a DJ getting drunk and spinning holiday records in the local radio station. He’s not the narrator or horror host in the vein of a Rod Serling or Cryptkeeper, but he does help to tie things together at the conclusion of the movie. Shatner seems to be having a great time in the role, and adds a great does of humor without being ridiculous.

Overall, A Christmas Horror Story has everything fans of classic anthology horror could ask for: good effects, decent acting and storylines, some genuine scares, and Kris Kringle brutally murdering his little helpers. What more could you ask for this holiday season?