Shawn Lewis has been clothing horror fans for years with his company Rotten Cotton, and 2008 will see him jump into the world of filmmaking with his ode to Blaxploitation, "Black Devil Doll." It's all in the title of the film, so read on to find out more about the man and this peculiar project.

Michael Roddy is a show director for this year's Universal Halloween Horror Nights, a special Halloween event being put on by Universal Studios in Orlando. It's of special interest to horror fans this year because of the inclusion of three of Horror's biggest icons (thanks to a vaunted deal with New Line Cinema). After checking out the event recently I decided to find out a little more. Here's what I dug up.

Christopher Garetano is the mastermind behind "Horror Business," a fascinating documentary from a few years back that followed a handful of zero budget horror filmmakers on their journeys to make their films. What he captured was something special, and he's out to do it again with "Son of Horror Business," which is currently in production. Here's what he had to say about both films. 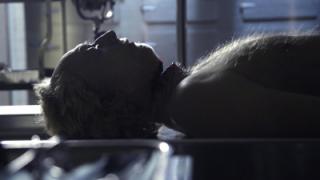 Brian Brushwood is something of an "alternative" magician. Attend his show and you might see a stomach turning bit he calls "The Human Twistey Straw," Brian hammering nails up his nose, or perhaps cutting off his own tongue. All this month he's performing at Universal Studios "Halloween Horror Nights" in Orlando, Florida, and I was pretty blown away by his show after attending it a few weeks back. Here's what happened when we tracked him down to toss a few questions his way. 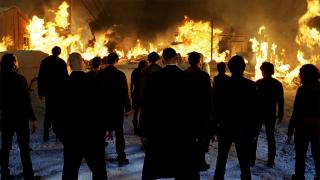 Lucky Mckee is the creative genius behind 2002's "May," a moving tale of a girl willing to do anything to make a friend. He followed that up with 2006's "The Woods," a film which was marred by creative strife between Lucky and the studio, and a high profile project named "Red" (based on the Jack Ketchum novel) which recently fell through. He's also taken a detour into acting by starring in Angela Bettis' directorial debut "Roman," in which he plays the lead character. He's currently resting his creative muscles and working on his official site which will launch with the New Year, and he stopped by today to answer a few questions we had to toss at him. 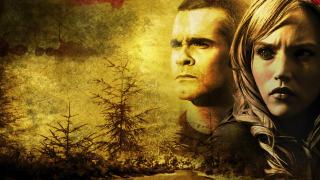