There's a lot going on in this episode, most of which has nothing to do with the movie. 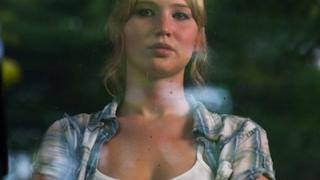 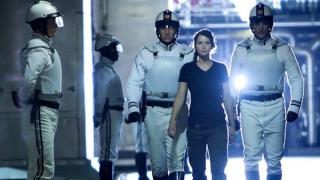 There's nothing more fun than nutso clowns battling each other to the death is there? Well "The Last Circus" is here to make all your wildest dreams come true and today there's a red band trailer for the big top blood bath. The film revolves around a love triangle between a sad clown, a trapeze artist and her abusive happy clown husband. Sounds like what Cirque du Soleil would be if it was tolerable.

Get in line now kids because on October 26, 2012 "Halloween 3" will hit the theaters! No director has been picked for the third installment of the much debated Rob Zombie reboot but there's little to no chance Robbie will have anything to do with it. Which is good for haters of the first two but really bad for lovers of slow motion pan shots set to crappy 70's cover songs. Correction: Patrick Lussier will direct "Halloween 3D". You can go back to planning your next D&D gathering in your mom's basement now.

I was pretty down on the "Conan the Barbarian" remake for a long time but since watching Jason Momoa, who will play Conan, on "Game of Thrones" I've become more and more fired up. Now there's a new red band trailer and TV spot for the remake and I think I'm going to run out and get myself a loin cloth and sword. Once I get those I can really focus on getting washboard abs and being cast in the sequel.

"The House at the End of the Street" has been kicking around for a while now and as of today it looks like the film will finally see the light of day on April 20th of next year, yes that's 4/20 you filthy hippies. The movie stars Jennifer Lawrence and Elizabeth Shue as a mother daughter combo (try to guess which is which) that move into a house where a family was mysteriously murdered and begin to uncover the community's spooky secrets. It's Shue who plays the mother, that Lawrence girl is like 20, people. I wish you'd think before you answer sometimes.

Evan Spiliotopoulos, who you know as the writer of the sequel to 75% of the greatest Disney cartoons has been tapped direct "Ouija". McG has already been announced as the director of the flick based on the Hasbro board game that has allowed me to speak to George Burns from beyond the grave. Every night I force him to explain to me what it was like on the set of "Oh, God!". I think he's starting to get pretty sick of it.

If you picked up "Portal 2" yesterday then you probably already know this, but for those of you who have a day job and can't spend all night being called a "Noob" by some 11 year old Australian kid over XBox Live, it might be interesting to know that Mr. J.J. Abrams has included a pretty cool interactive trailer for "Super 8" in the extras section of the game. So maybe go pick up the game, huh? Or just Google the video... it's a lot cheaper.

John Luessenhop, who looks like a guy who would be described as "a quiet man" on a news report announcing he murdered his family and ate them, is in talks to possibly direct the upcoming "Leatherface 3D" hot pocket. The nugget is a sequel to the 2003 "The Texas Chainsaw Massacre" remake. Did I mention the movie is going to be in 3D? And I talked about the creepy murderer director, right? Are you as excited as I am? Probably.

Leven Rambin has been cast in the upcoming flick "Hunger Games" in the role of Glimmer. Jennifer Lawrence will play District 12's Katniss Everdeen and the two will apparently battle to the death. This will apparently be the first film in a series that I have absolutely no idea about and if I'm being honest I haven't understood one thing I've talked about in this little blurb. I'm so confused.