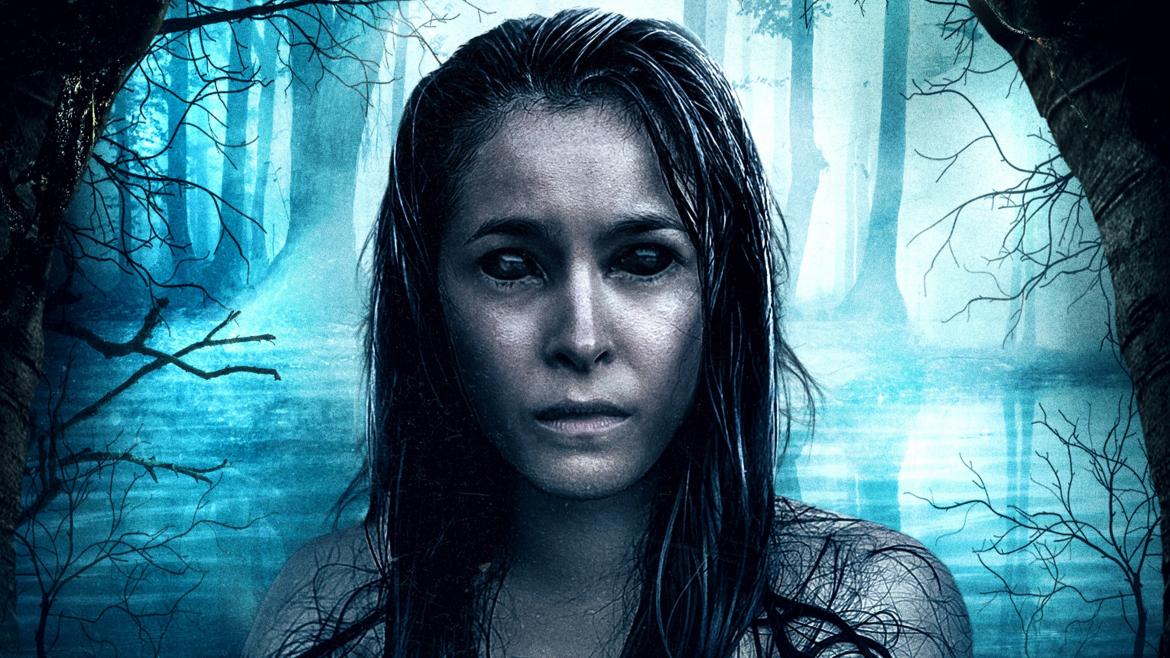 Perry Blackshear's They Look Like People was a testament to making something out of pretty much nothing. The filmmaker’s debut benefited from nuanced, naturalistic performances and a heavy mood. Blackshear's followup, The Siren, continues to play to these strengths with seemingly even less in this supremely low budget monster love story.

The Siren draws inspiration from Rusalka folklore which refers to a female creature who, while lovesick, drowns in a body of water and is cursed to live forever and kill anyone who comes near. As the film begins we’re introduced to Tom (Evan Dumouchel), a mute man on leave from a religious community. He rents a cabin on the shore of a beautiful lake and runs into Al (MacLeod Andrews). The two strike up a friendship. Al, however, is bent on revenge as he is convinced a monster in the lake is responsible for the death of his husband. Meanwhile, Tom is frequently visited by a woman in the water, Nina (Margaret Yin Drake), and the two are quickly smitten. But Nina is hiding a secret of her own that threatens Tom and Al's friendship.

The Siren is remarkably light in dialogue but manages to get its point across through performance and camerawork. Blackshear's film is an ultimately tragic fairytale romance with horror elements that is fighting its low budget from beginning to end. Relying heavily on building the mythology at the outset and allowing the images to fill in the blanks, the story plays out in similar naturalistic ways as They Look Like People, while experimenting with its limitations in a fascinating way.

With as much as there is to admire about the indie filmmaking and storytelling, it's not without its lulls. Even though it clocks in at a lean 80 minutes the film feels like it’s leaving a lot on the table and dragging at the same time. Since it's so light on dialogue Blackshear and the cast are reliant on the audience to read character's expression, gestures, and non-verbal communication. It's a bold move for a narrative exercise, one that is rewarding for the cinefile that invites something a little more challenging, while alienating to a mainstream moviegoer.

The Siren provides a heavy dose of melancholy storytelling and fairy tale lore before settling in for the ultimately sad and tragic tale of love and loss. Blackshear’s follow up feature is perfectly suited for those who had a soft spot for They Look Like People, though some may find that the experimental low budget filmmaking may be a little too slight for their liking.

Sound of My Voice