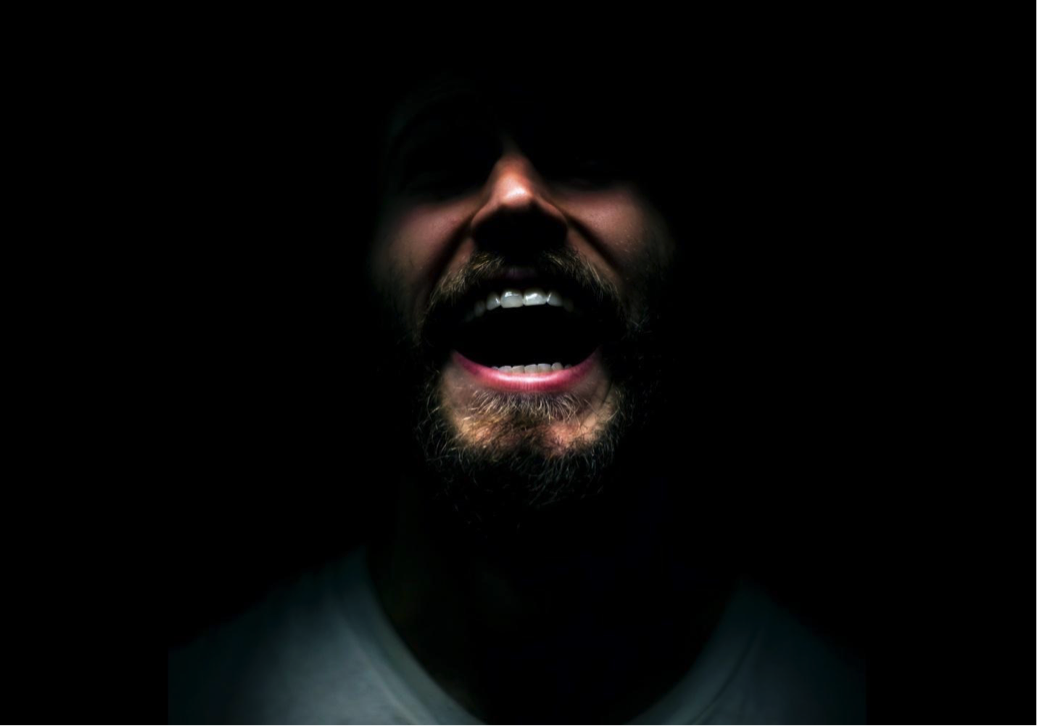 I'm not entirely sure if mumblecore is still a "thing," but if it is, no horror movie deserves that label quite like Perry Blackshear's feature length debut They Look Like People. No matter what side of the fence you fall on in regards to the mumblecore movement this psychological horror thriller is likely to find an audience that's willing to appreciate its nuances- but what a small niche it'll be.

Wyatt (MacLeod Andrews) is a young man struggling with what might be a mental illness. He's receiving phone calls late at night telling him of an impending war between the chosen and aliens in human form. As one of the chosen he is able to sense the presence of the aliens and to trust no one. However, Wyatt isn't sold that what he's hearing is on the up and up and that he might be schizophrenic. It's caused him to leave his fiance and abscond to New York to visit his buddy Christian (Evan Dumouchel) to sort out his issues.

They Look Like People blurs the line between drama and horror unlike most movies in recent memory. Everything with Wyatt lies firmly in psychological horror, while Christian's story wallows in indie mumblecore romance for far too long. The performances by everyone are strong enough to keep things interesting, but the film loses momentum any time Wyatt is not on screen- or not a part of the conversation. In fact, the more Wyatt's mind fragments away from reality, the more tense things become until an inevitable breaking point where it's up to him to either fight the sense that he's going crazy or just plain go crazy. The back and forth serve to the film's credit as psychological horror. However, the constant diverting from his story to focus on Christian's will-they-won't-they quirky romance with his cute boss seem to be nothing more than filler pieces to help cross the movie into feature length territory.

Frequent dips into Wyatt's dead eyed curiosity make for some unnerving moments throughout the film. For instance, Wyatt makes himself at home in the basement of an apartment complex and once tests the strength of a nail-gun he's purchased- later on he places the same nail-gun in his mouth and against his hand leaving the audience to dread rather or not he'll pull the trigger. Additionally, we as the audience are treated to breaks in his reality with the ominous phone calls and old photos where he sees an inhuman presence in place of friends. These help to place the audience in his shoes and question what's real and what's not.

They Look Like People is an interesting look at the nature of mental illness that ends on a wonderfully tense note, but spends a little too much time stopping to smell the flowers from scene to scene. The film is short enough as is, but presented in a much shorter format would have given this horror/drama more room to shine.

Note: Screened as part of the 2015 Fantasia Film Festival