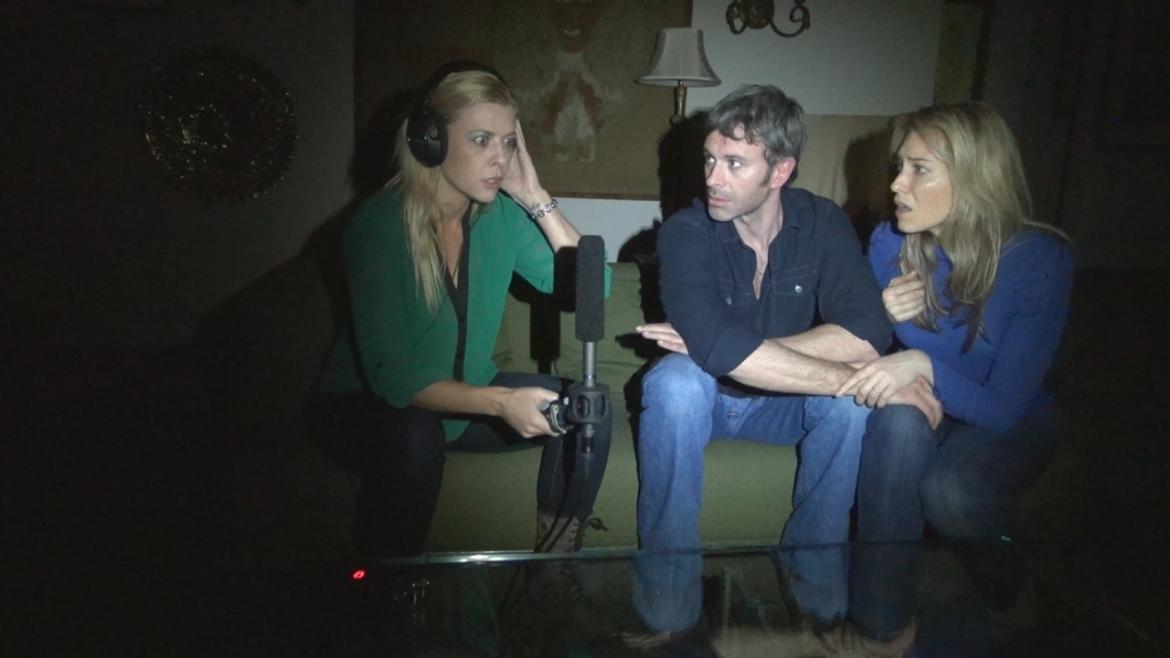 Ambition and a love for 2012’s V/H/S are two things The Dark Tapes has in spades. What the film lacks, however, is a sense of when to stop talking to its audience.  A found footage anthology film, The Dark Tapes looks to have sprouted from the wraparound story in V/H/S. Filmmakers Michael McQuown (director/writer for all but one segment) and Vincent J. Guastini (director, To Catch A Demon) go to great and verbose lengths to avoid anyone walking away from their film with questions. By forcing the film to carry around that excess of clunky exposition, the pair sabotages an affectionate if only sporadically enjoyable mashup of haunted houses, alien abductions and interdimensional travel.

The Dark Tapes claims to consist of five segments, although two of them – Wrap Around and To Catch A Demon – are basically one segment split into two for some reason. Each segment offers a glimpse into a different dark corner of reality. To Catch A Demon is the film’s most motivated and original segment, but it’s also the hardest to follow. In it, a team of researchers set out to prove demons are actually interdimensional beings visiting us in our sleep – but only after they stare into the camera and explain their every action and thought. The Hunters and The Hunted plays like a straight remake of Paranormal Activity right up until its big twist ending, which devolves into a truly grotesque display of monologuing. Cam Girls is by far the worst segment in the film, a short that’s impossibly short on story (save again for a talky finish) and exists solely to show off some flashy editing. Finally, there’s Amanda’s Revenge, a meandering tale about a repeat alien abductee who develops strange powers … only to fight off her otherworldly attackers with water balloons filled with acid. This too features agonizing sections of one character explaining the plot directly into the camera.

Where McQuown and Guastini seem most at a loss is with bringing viewers into the worlds of their shorts. Unable to find a way to organically develop their stories, the pair relies heavily on info dumps, frequently breaking the cardinal rule of storytelling to show not tell. Despite these constant narrative struggles, the pair clearly loves what they’re doing and this bleeds through during the best moments in The Dark Tapes. Derivative or not, The Hunters and The Hunted does contain a few good scares. Meanwhile, McQuown seems to have at least researched the hell out of To Catch A Demon, cramming in plenty of compelling ideas before losing himself in his desperation to share his knowledge. Despite these brief glimmers, The Dark Tapes is ultimately an anthology best left in the darkness.