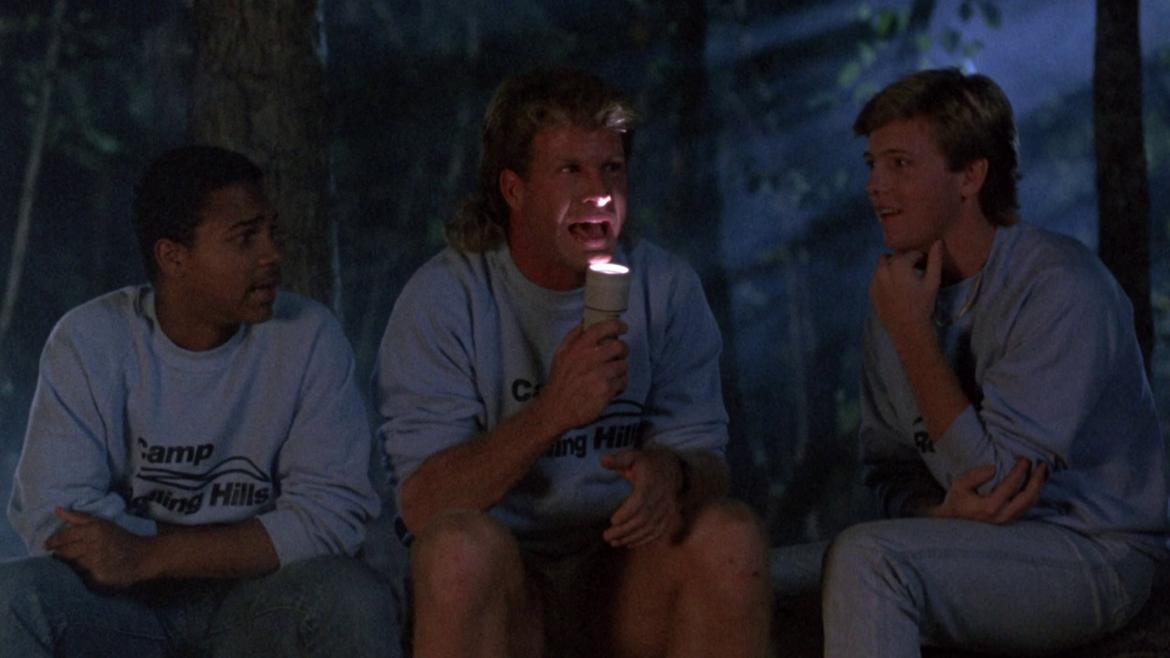 Due to an infamous twist ending (which won’t be spoiled in this review) in was inevitable that the original Sleepaway Camp would warrant a sequel. Unfortunately, the second installment in the series arrived half a decade later and went straight to video. If you think the lack of a theatrical release is an indication of the film’s quality, you’d be right; it’s terrible.

Sleepaway Camp II: Unhappy Campers stars Pamela Springsteen (sister to Bruce) as the nauseatingly perky and puritanical Angela, counselor at camp Rolling Hills. Angela wants everyone to act like good little campers and counselors, and if they behave in any way that violates her core beliefs (drink, have sex, breathe), she kills them. That’s the entire plot. Each character breaks some rule or another that Angela has concocted in her mind, and she disposes of them one by one.

For horror fans who haven’t seen Sleepaway Camp II but are curious, there are a few positives. I counted 18 kills, and most of them are pretty creative. There’s death by drowning in an outhouse, people are burned alive on a huge grill, and Angela kills one camper with a string from the guitar she uses for her annoying camp songs. But the gore is so poorly executed, it lacks any any terror or fun. The effects are more like something a group of high school kids would whip up for a local haunted house during Halloween than anything you’d expect to see in even the worst slashers. Viewers expecting kills the quality of the Friday the 13th movies will be sorely disappointed.

There’s also a ton of nudity. Ally, the camper voted Most Likely to Sleep With Every Guy in Sight and played by Valerie Hartman, spends a huge portion of her screentime topless. The filmmakers knew what they had in Hartman, and were smart enough to take advantage of her attractiveness. Other female characters spend time in various states of undress as well, fulfilling one of the requirements of ‘80s horror.

However, the list of problems with Unhappy Campers is almost too long to mention. The acting is nearly uniformly awful, and Angela is one of the more irritating characters in all of horror. There’s absolutely no suspense or scares to be had, and much of the action takes place in broad daylight, which only serves to accentuate the cheapness of the effects. And I was hard pressed to find any humor, even though this was apparently meant to be a satire of its slasher peers.

Sleepaway Camp II has a following, and fans seem to put it in the category of ‘so bad it’s good’. For me, it was just bad and garners a three out of ten: one point for the creative but ham-fisted kills; another for the copious amount of nudity; and a third point for some truly awe-inspiring late-80s mullets.