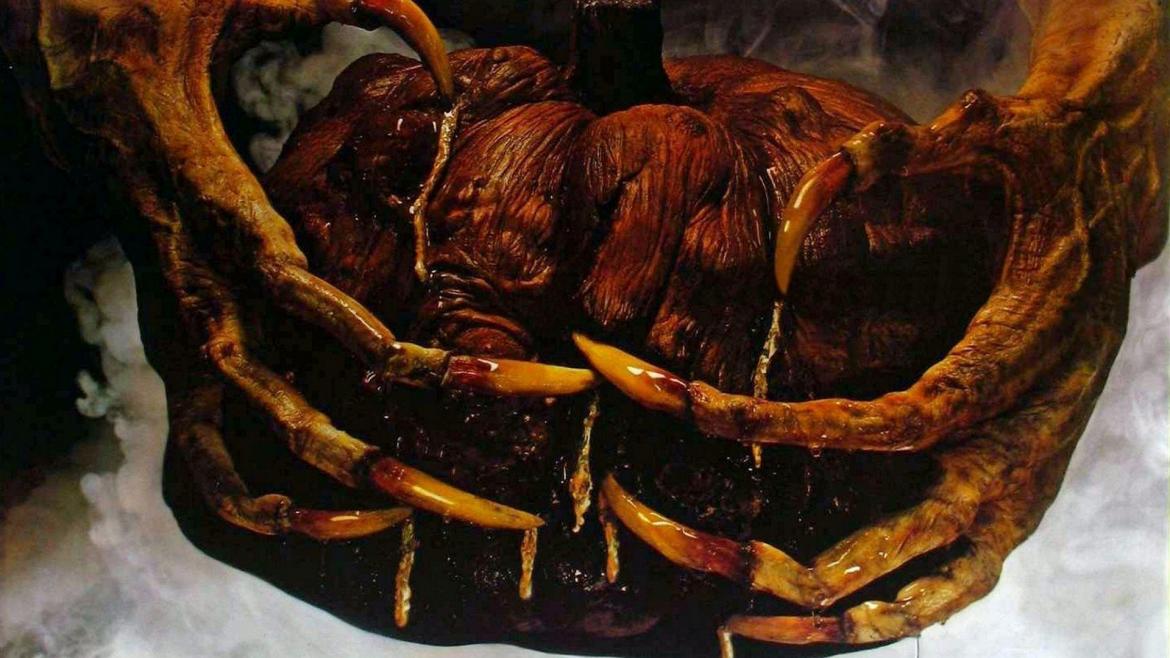 There are a number of options open to parents should their child ever be run over by a gang of one-dimensional hooligans on dirt bikes. They could take said child to the hospital and hope, pray something can be done. They could report the incident to the police. Or, they could seek out a local witch and strike a murky bargain that involves her resurrecting a demon called Pumpkinhead to exact their revenge. It’s fairly easy to guess which option Ed Harley (the always entertaining Lance Henriksen) went with in 1988’s dark fantasy Pumpkinhead. Of course, the thing about demons is, much like toothpaste, once they’re out, there’s no putting them back.

Legendary effects wizard Stan Winston made his first and only foray into the theatrical director’s chair for Pumpkinhead and his inexperience is often painfully evident. Even accounting for mostly poor acting and flimsy writing, Winston seems unable to get anything out of his human characters. Instead, they merely follow along a set track, acting in service of the plot where necessary. Harley, for example, has a full day of errand-running between making a deal to raise Pumpkinhead and the actual raising. Yet, he doesn’t regret his decision until the exact moment it’s too late. Likewise, Joel (John D’Aquino) – the leader of the hooligans – seems to have made a habit out of running down children and is totally unapologetic about his most recent killing, at least until the plot needs him to be. In this way, the characters in Pumpkinhead feel more like some of Winston’s signature animatronics in that they blink and scowl to give the illusion of life, but ultimately it’s just an effect.

Also, for the physical embodiment of vengeance, Pumpkinhead lacks the ferocity one might expect. His kills include lots of stalling and dragging people offscreen before chucking them back into the camera’s field of vision. Актуальные зеркала на сайтказино.рф для вашего удобства Considering the fury that allegedly raises him, and Winston’s own sterling effects background, it’s a disappointment more wasn’t done in this regard.

Still, it’s easy to see why Pumpkinhead has developed a cult following over the years. Genre favorite Henriksen turns in a solid, if too rare, performance in a leading role. Pumpkinhead also has an iconic monster, a timeless moral regarding the all-consuming nature of vengeance, and one hell of an ending. However, it’s not quite worthy of the “classic” part of the designation “cult classic.” In pumpkin terms, there are a few too many rotted bits for it to ever make a top notch Jack-o-Lantern.