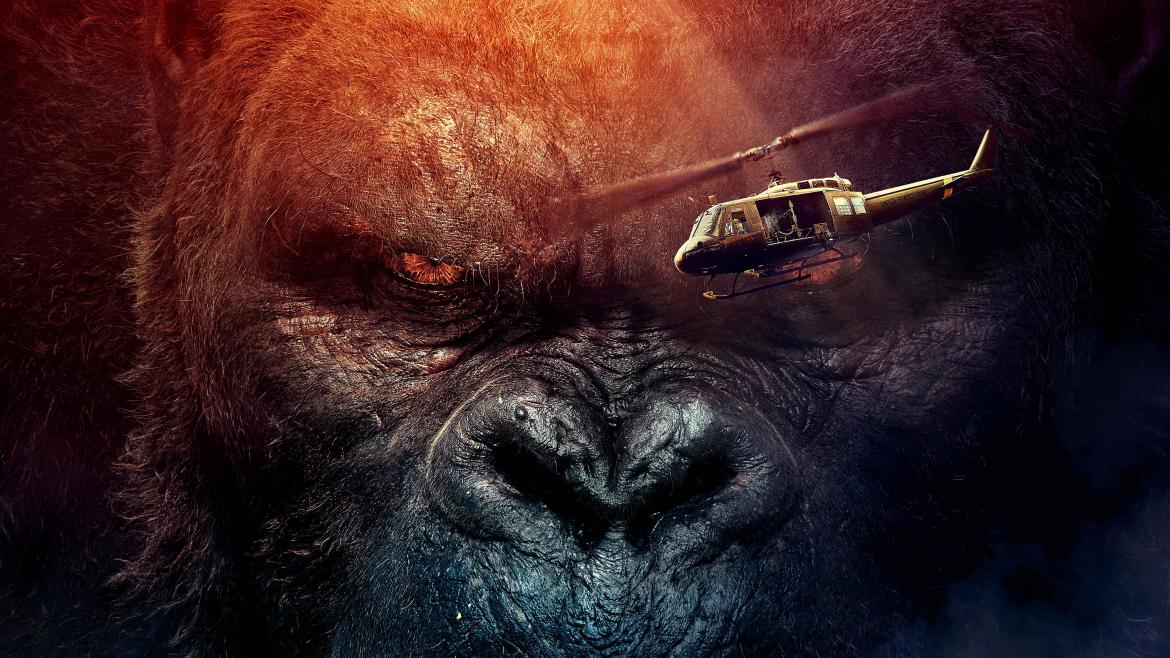 The 1933 King Kong is many things. Like any piece of cultural history the film can be framed in various conversations privileging or critiquing its qualities. It’s a cinematic tour-de-force in special effects. It’s a myth-making vehicle that achieved a kind of cultural iconography equaled in cinema only by movie stars, Westerns, Star Wars, Samurai movies, the early 1930s run of Universal monster movies, etc. It’s also a story predicated upon a long history of racist and ethnocentric representation, employing centuries of White savior manifest destiny and social Darwinism. In many ways the film’s technical prowess are forever entangled with racial politics, a diluted if not powerful conversation that surrounds something like D.W. Griffith’s The Birth of a Nation. As Peter Jackson’s 2005 remake indicates, shaking off those founding narrative themes is nothing if not incredibly difficult.

Now with Jordan Vogt-Roberts’s Kong: Skull Island the director seems to be actively searching for an out to this historic minefield of representation. But rather than addressing these issues head-on (it’s a franchise building blockbuster lest we forget) the film’s narrative thrust is transplanted to the end of the Vietnam War. A glowering Samuel L. Jackson as Colonel Packard muses into a box of medals asking, “All this for what?”. Meanwhile Bill Randa and Corey Hawkins (John Goodman and Corey Hawkins) are a part of a shadowy near government contracting team looking into geology and monstery stuff on the titular Skull Island because you know what movie you’re watching. Add to the mix the always great Brie Larson as war photographer Mason Weaver, Tom Hiddleston as former SAS James Conrad, and a host of pitch perfect that-guys of the moment, including genre favorite Shea Whigham, and you have a hardscrabble group about to tackle an island full of beasties.

Kong: Skull Island relies to varying degrees on that “offbeat” and “quirky” fun that clicked in Guardians of the Galaxy or Deadpool. You want some non-sequiturs and pop cultural references? No problem. This sort of winking aside can call too much attention to the seams of the thing but the group chemistry and the film’s tonal qualities lift up a majority of the lines that land like a freshly pummeled lizard monster. Comparisons will inevitably arise between this and Jurassic World’s constant hat tips to its past. When Jackson delivers the posterior clutching quip many a audience member in my screening frantically looked in all directions like a prairie dog searching for a high-five. There’s even a minor version of that Jurassic World’s pterodactyl attack. But where I found that film’s attempts at “fun” as an audience mode of address weak-kneed these moments are completely sold by the cast.

The exception to this comes in the form of John C. Reily’s Hank Marlow, a WWII fighter pilot marooned on the island for decades. In his introduction Marlow provides our protagonists some exposition introducing the film’s primary creature antagonist. If you’ve seen the ubiquitous trailers you know the sequence I’m talking about. The “joke” takes the wind out of the moment, invoking a style of humor unfit for the tone of the film’s first forty five minutes. Marlow’s story eventually comes into its own and Reily’s brand of humor proves occasionally effective until this unlikely mascot becomes the focus of the film’s epilogue. It’s as though the filmmakers feel beholden to the character despite how little the audience imprints on him.

At the core of Kong: Skull Island though is the filmmakers’ transposition of Kong and Skull Island as a stand in for the Vietnam War. Vogt-Roberts’s appreciation for Apocalypse Now is well documented and the studio’s embrace of the concept can be recognized in many details including the film’s IMAX Poster. While the film doesn’t reconcile the fact it traded the problematic history of its ancestor for a cinephile appreciation of New Hollywood it does pluck the threads that connect the “last good war” with a war that provoked a cultural revolution in the United States. Kong: Skull Island may be little more than a monster smashing carnival ride but its attempts at exploring the messy sandbox of history as popculture offer an intriguing entry point to discussing the film in a broader context.