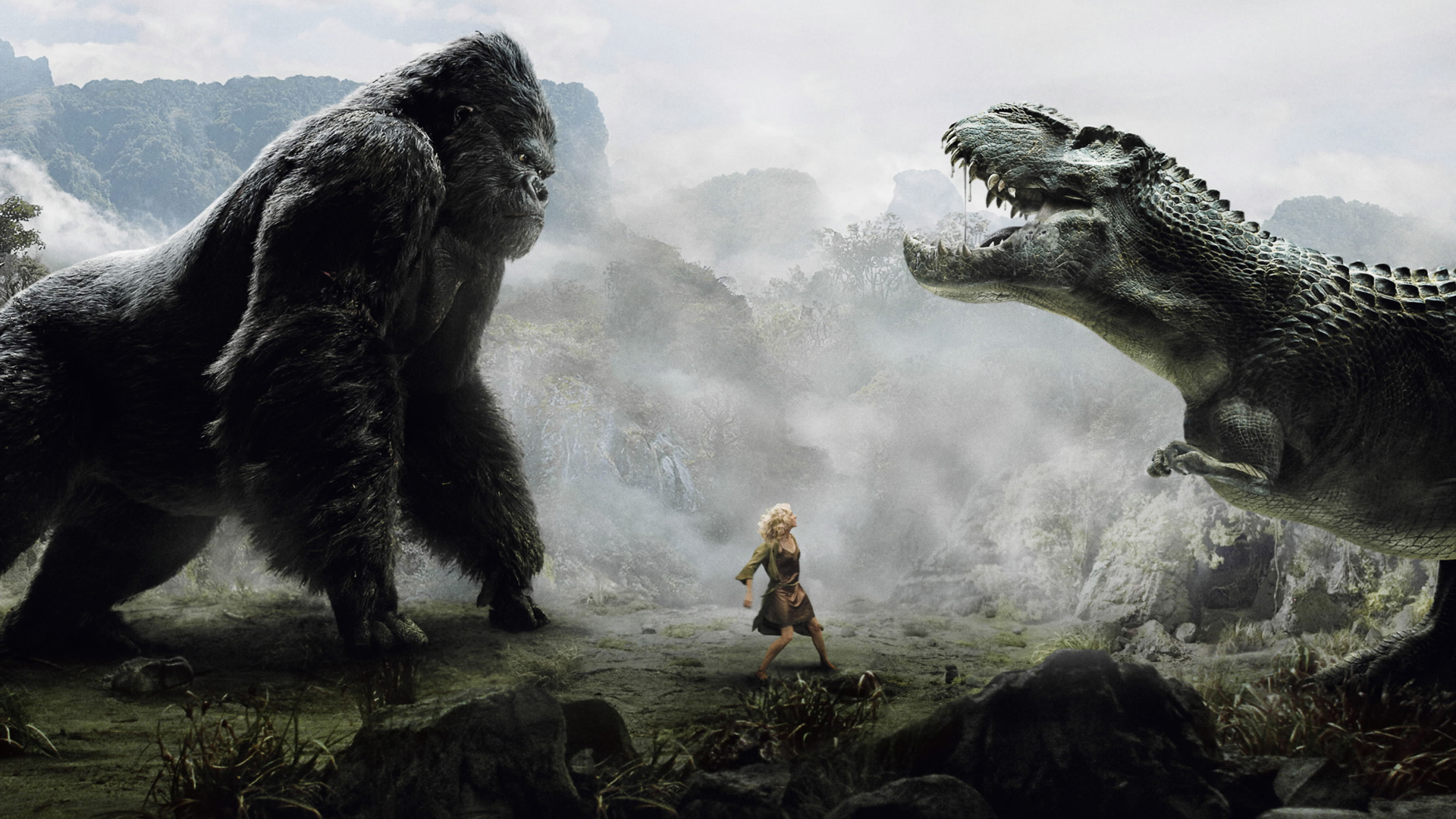 The Best and Worst of the "King Kong" Franchise, Ranked

King Kong is without a doubt a mainstay in Pop Culture, ever since 1933 the 8th wonder of the world has been a strong representative of Hollywood worldwide. The sheer popularity has led to quite a few interpretations and remakes throughout the years. The latest iteration is Kong: Skull Island and just had its first trailer released a few weeks ago, making now as good a time as ever to rank all of the Kong movies that have come before, starting with the absolute worst.

This is by far the worst adaptation of the King Kong story. With unlikable characters, and changes the core story from a film crew, to an oil company. In this iteration a company is looking for the next great deposit of oil, and has its two central characters stow away on their journey. Starring Jeff Bridges, and Jessica Lange (her first film role). These films always depend on the strength of their romance, and this one is particularly grating. Lange would go on to do some outstanding performances in horror like “American Horror Story” but here she is completely wasted, and has to put up with Kong being more pervy than usual. There is an extended sequence of Kong flipping, and playing with Lange's breasts, which is more than a little awkward to watch. The effects are well done worked on by SFX master Rick Baker, but the lack of any big monster fights (asides from a really cheesy snake monster), and the uncomfortable nature of Kong climbing and fighting helicopters atop the World Trade Center make this a movie only for superfans.

While a later sequel on this list focused on Carl Denham post Kong's original rampage, this one focuses on the big ape himself. After his fall (from the World Trade Center, which was 525 feet taller than the Empire State Building), King Kong is still alive, and in critical condition. The only thing that can save him is a blood transfusion (from a Lady Kong), and a gigantic pacemaker. This is not a great film, and for a movie starring two giant apes rampaging through the country side it's pretty boring. The film really focuses on humanizing King Kong, and creating a love story, this is mirrored by the similar romance playing out between the two leads: Terminator's Linda Hamilton, and Brian Kerwin. That's not to say the film isn't without it's thrills as there is still are some fantastic set pieces, and the military is laughably over the top. Any film that ends with a giant ape in labor, whilst another giant ape fights the military can't be all that bad.

It is easy to forget that there were two King Kong movies made in Japan, utilizing the Japanese Giant suitmation style. The film is technically a co-production between Rankin/Bass (yes the company that created Christmas classics like Rudolph The Red Nose Reindeer), and TOHO, it is unmistakably a Japanese monster film. Directed by Godzilla director Ishiro Honda, with works by effects master Eiji Tsuburaya this is a classic of the tokusatsu genre. While it may chronologically appear to be a sequel to Godzilla vs King Kong the movie has much more in common with the animated series “The King Kong Show” which features a lot of similar characters. The basic plot of the movie is that the evil Dr. Who (not a typo) wants to mine a rare element....so he creates a robotic version of Kong to do the mining. Yeah, the plot of this movie is insane, the robot version breaks down so Dr. Who kidnaps the real Kong to finish his mining operation. Eventually Kong, and Mechani-Kong duke it out on top of Tokyo tower in a fight to the death.

Peter Jackson's loving tribute to the original King Kong suffers from being way too lengthy, but when it succeeds it succeeds splendidly. The plot is identical to the original film and has a really strong cast. The effects still holdup quite well and the new additions to the story work even better. The best stuff by far happens on Skull Island, with some very cool action sequences, and one horrifying death sequence as the ships crew slowly gets eaten by the bugs of the island. If you enjoy the film, it's worth checking out the videogame that accompanied it as it is likewise an enjoyable experience. It doesn't match the highs of Jackson's Lord Of The Rings Trilogy, but it is still as worthy addition to his filmmography.

The eventual endgame for Legendary's shared universe is to remake this particular matchup. There are two vastly different cuts of the film out there, and the version most Americans have seen is over serious, and has ridiculous segments with UN news reporters giving lay downs of the plot. The American cut distances you from the main characters and the action. The Japanese cut however is much more self-aware, and has some really great comedic moments. The plot involves a pharmaceutical tycoon wanting to have the ultimate mascot for his company in order to boost the sales. So off he goes to catch Kong, and at the same time Godzilla reappears in order to wreak havoc upon a helpless Tokyo. Godzilla starts getting press, which angers the pharmaceutical tycoon, who feels the need to bring King Kong into a battle to stop Godzilla (mainly so he gets the press instead of Godzilla). It is a wacky brawl that has some stupendous moments. The human elements are really fun, and King Kong has more powers than he has every showcased before. The reason for these added powers? Originally it was meant to be Frankenstein Vs. Godzilla.

A truly inspired sequel that focuses entirely on Carl Denham and the results of what happened in the original movie. While most movie sequels focus on going bigger, and more elaborate-this sequel goes smaller, becoming more of a character study. Denham, being sued by half of New York, is dead broke and he is constantly harassed by people giving him summons. After getting a tip that he may be facing criminal charges he takes to the sea with Captain Englehorn to live on the run. Eventually they return to Skull Island to find a rumored treasure. While there they meet “son” of Kong, a much smaller version of the titular ape. The movie has a plethora of action sequences, and a really interesting central cast. And though it is a much smaller movie, with less stakes, this change of pace is a welcome addition to the franchise,

The classic, the one that started it all. This was always going to be number one, 'nuff said.