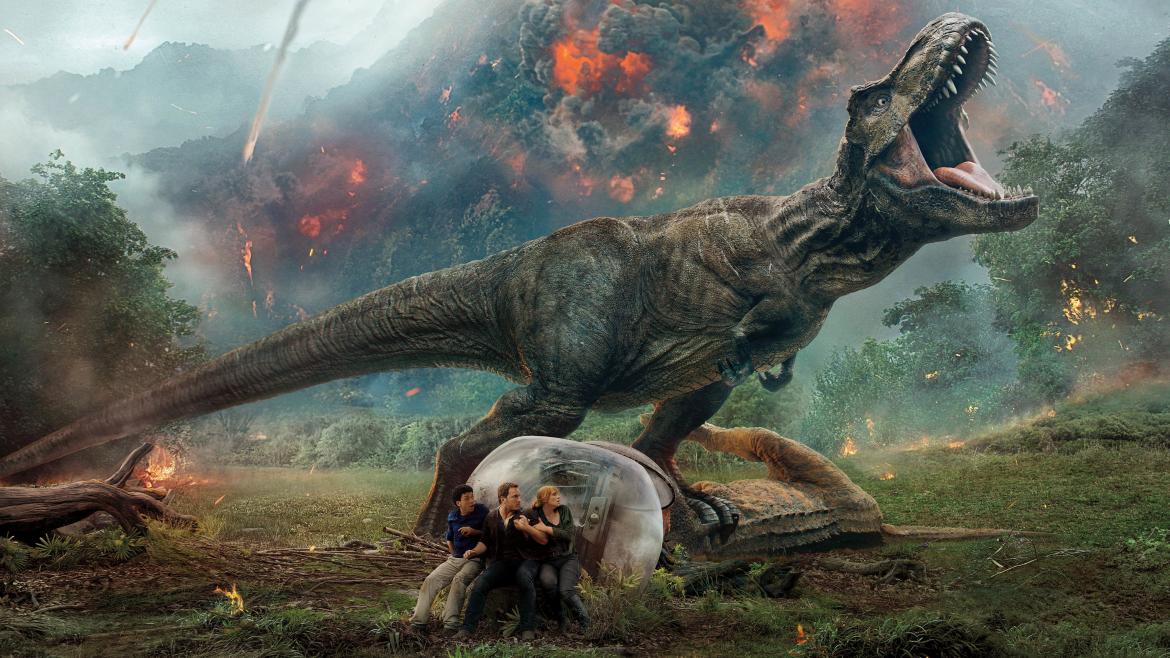 Fallen Kingdom is the follow-up to the recent Jurassic Park sequel (reboot?) that was released back in 2015. The first Jurassic World was not a perfect movie by any stretch of the imagination, but after it earned over $200,000,000 its opening weekend and more than $650,000,000 overall it didn’t surprise anyone when they announced another movie.

Fallen Kingdom picks up a few years after the events of the previous film. The park has closed down, but nobody told the dinosaurs. Now, the long-dormant volcano that is the island all the dinos inhabit is a lot less dormant and so the gang's back together! And they’re new and improved.

This movie recalibrated in a ton of helpful ways. They made Owen a little less Gruff and gave Chris Pratt a little more room for comedy (always a good move) and softened some of Bryce Dallas Howard’s edges; not to mention getting her out of those damn heels! The addition of Franklin Webb (Justin Smith) and Dr. Zia Ramirez (Daniella Pineda) as members of Claire’s “Save the Dinosaurs” organization is a welcome one as well.

The most important change, though, isn’t in the cast at all. This movie swaps out Colin Treverrow for Juan Antonio Bayona in the director’s chair and is all the better for it. Bayona’s name might be familiar to horror fans as the director of The Orphanage and A Monster Calls.

The final sequence in particular has the fingerprints of a horror director all over it. The influences in the film’s third act include Nosferatu and Pan’s Labyrinth. Putting a director more acquainted with horror at the helm had myriad positive effects. First, the pacing is better, and the use of comic relief is handled less clunkily. And equally as important, is the fact Bayona is much better equipped to handle deaths in an appropriate manner. This spared all of us from a repeat of the unnecessarily brutal kill of Claire’s assistant in the first movie.

Like its predecessor, this movie has plenty of flaws, but as a summer blockbuster goes, it’s a pretty fun ride!