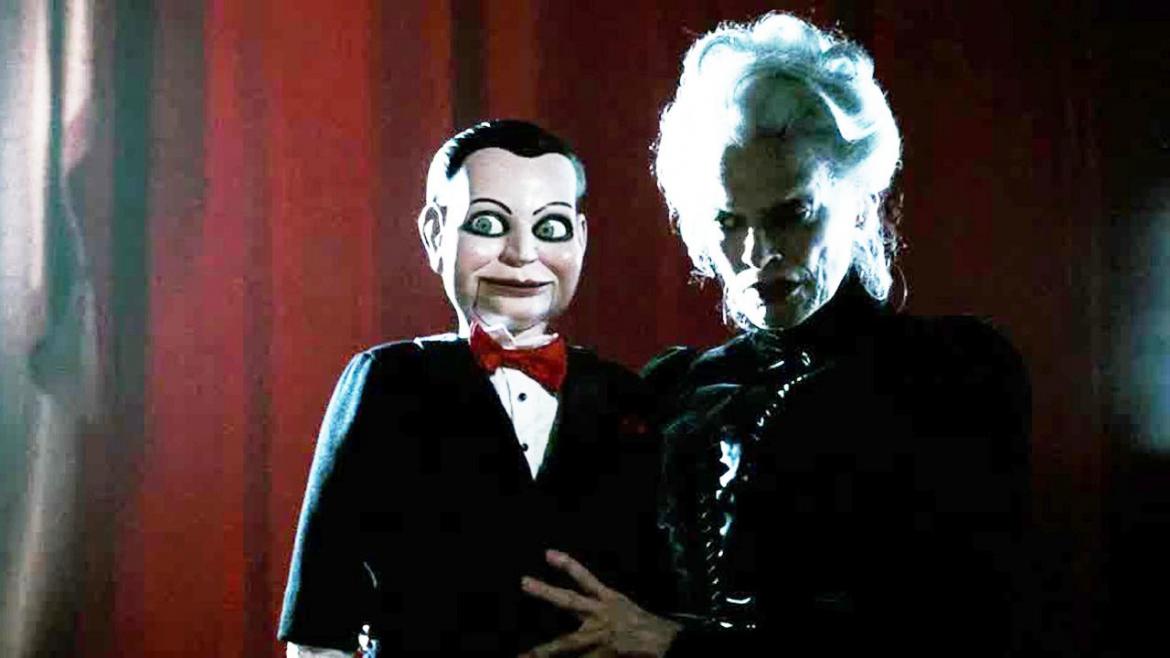 Recently, a family member sent me a list called “20 Underrated Horror Movies You Need to See” and wondered how many of them I already had under my belt. Obvious click-bait title aside, and source notwithstanding, I was interested to see what movies they listed. As I clicked through the slide show I saw a title that I hadn’t thought about in a long time, Dead Silence.

Dead Silence blurs for me with other supernatural, small town horror of the mid-aughts like Darkness Falls and Boogeyman. All of these movies came out before my horror fandom kicked off but after I had started furtively watching and rewatching horror trailers online to scare myself silly. When I did eventually watch them, the details didn’t stick with me very long. A second viewing seemed to be in order.

Much like the other films mentioned above, Dead Silence tells the tale of a young person returning to the small town where they grew up in search of answers. These answers, of course, are always related to some childhood myth and perhaps some mysterious occurrences that lead them to question the stories they tell themselves to keep the fear they felt as kids at bay. In Dead Silence, Jamie heads home to Raven’s Fair in the wake of the mysterious death of his wife only hours after the two received an unmarked package receiving a rather eerie ventriloquist dummy.

An oft-forgotten entry in the Waniverse, Dead Silence is one of the first directing credit that now illustrious director James Wan (Insidious, The Conjuring) has to his name. With a script penned by Leigh Whannell (The Insidious franchise) Dead Silence is what could affectionately be called a “training wheels” movie. Released a few years after Wan and Whannell teamed up to bring us Saw, Dead Silence is a shameless product of its time with all of the blue filter, crazy cuts, and bonkers fashion to prove it. But, at its core, there are elements of the kind of stories that these two have brought us in the time since. The effects are reasonably good, particularly on the shots of dead bodies with their faces horribly contorted and broken to look like dummies.

Don’t get me wrong, this movie is campy in all the best ways and definitely does not appear to be so intentionally. If the idea that Jamie would hang onto the creepy doll and take it with him basically everywhere (even sitting it upright in the front seat on his drive back to Raven’s Fair) isn’t enough to make you chuckle, then Donnie Wahlberg as the tough New York City convinced that Jamie is responsible for his wife’s death certainly will. Did I mention that Wahlberg has a small electric razor with him at all times? Or that he pulls it out at the most inappropriate times to fight off his inscrutable 5 o’clock shadow?

This movie is not some hidden gem, and I’m not sure I would put it on a list of the most underrated horror films, or tell someone that they “need’ to see it. But this movie definitely has a place in horror history as a precursor to some of the more inventive and exciting horror that its creators brought us once they were ready to take off those damn training wheels.