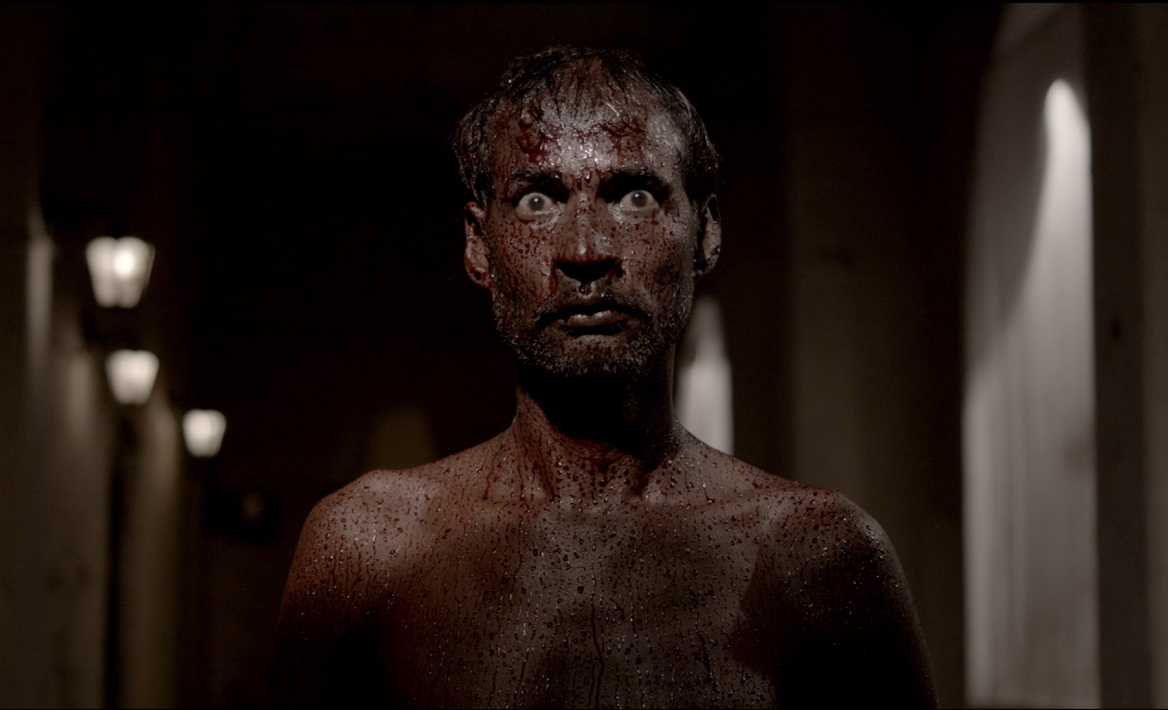 Don’t you hate it when you thought you were going to have casual sex and you are suddenly accutely involved in a hindu funeral rite? Kriya (2020), directed by Sidharth Srinivasan, is a psychedelic descent into the cycle of violence and unquestioned traditions. The film has a clear vision of the story it wishes to tell and is a welcome addition to the pantheon of horror families that are worse than yours.

The film begins with Neel (Noble Luke) a DJ that decides to go home with Sitara (Navjot Randhawa), but when they show up at her family’s home her father (M.D. Asif) is in the midst of dying, surrounded by his family. The Antyesti (also known as the Antya-kriya) is a ceremony performed by the eldest son, or a male mourner, in which they cleanse themselves in water, prior to the cremation of the dead.(1)  We learn rather quickly that a few things are not right with the family, as we are taken loosely through elements of the ritual.

Srinivasan is a veteran director of low budget films including quotidian dramas, thrillers, and documentary films. Immediately you can see that he uses the lack of sets (this is a bottle film essentially), the lighting, and sound design to sell us a sense of genuine discomfort. The use of shadows and wide angles are reminiscent of the Babadook (2014) and convey the “spectre” that is looming over the family. There are many times the audience may think “we get it”, when a scene holds longer than it needs to, but that is a stylistic choice that depends on your taste.

Sitara is the highlight of the film. Many of the performances feel a little over acted, even in the circumstances, but Randhawa delivers her lines with a glibness that turns on a dime to malicious intent in such a satisfying way. The film frequently has to justify why Neel does not just leave the house, and Randhawa’s performance distracts us from that contrivance. Neel’s father (Kishan Bahurupiya) and how he is presented, gives me flashbacks to the first Insidious (2011) in a positive way; it was disappointing he was not more central to the plot.

I should note that when watching a horror movie rooted in a different culture’s traditions we should as audience members interrogate if the fear and disorientation comes from a place of exoticism and xenophobia. With that said, horror that is connected to cultural experiences of the creators is important to depict on screen and allows the audience if they have similar experiences to connect to the material and to encounter the unknown which is the most frightening thing of all. Kriya says something about traditional versus modern indian families, the preference toward male children, and the damage that can cause.(2) The film offers relatable family dynamics, despite them behaving so far outside of acceptable behaviour. If you are looking for a slight slow burn with a storyline that mainstream horror might veer away from depicting, then I would highly recommend watching this indie gem.