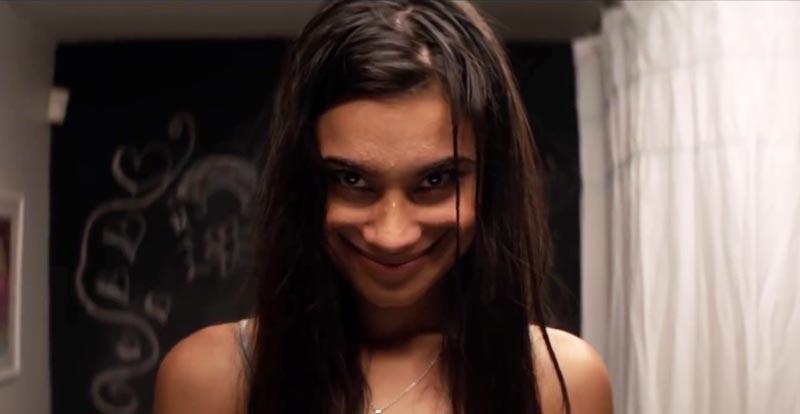 Blumhouse Productions has made its mark in horror, for better or worse, by leaning into whatever off-the-wall story its films are trying to tell. There have been the successes, such as Get Out and Whiplash, as well as the many, many missteps (looking at you The Darkness, The Lazarus Effect, etc.). Sadly, joining the roster of terrible ideas from the studio is Truth or Dare, er, Blumhouse’s Truth or Dare.

After begrudgingly joining her friends on a trip to Rosarito, Olivia Barron (Lucy Hale) finds herself enjoying the company of a mysterious but friendly stranger at an outdoor bar. The man, who calls himself Carter, convinces Olivia and her friends to head to an abandoned mission. Unbeknownst to the group, Carter passes along a curse attached to the game Truth or Dare. After saying a few cryptic things about death and Olivia being stupid, Carter runs off, leaving the gang wondering what to do next. Once they get back home from the trip, the friends begin to die one by one, forcing Olivia and the remaining survivors to master the twisted version of Truth or Dare in any way possible.

While the idea of a killer version of Truth or Dare immediately warrants a pause for concern, there’s still the minuscule chance that, if in the right hands, the concept could work. However, it becomes clear from the first death that Blumhouse’s choice to helm the film, Jeff Wadlow, wasn’t up to the challenge of making miracles happen. Aside from the many unexplained and convoluted rules to the film’s take on the party game, every beat of the plot feels rushed and unnecessary, leading to a viewing experience that’s equally aimless.

The deaths of each of the characters aren’t that creative, with the most random being thrown right out at the beginning, as the douche of the group fails to flash his "manliness" to a crowded bar, sending his CGI-smiling face toppling neck-first into a pool table. The choice to plaster a SnapChat-style filter over each person's face that participates in the game was the first of many bad decisions, but how the game is played takes the cake. In fact, it’s from this first death that the characters believe choosing Truth when it’s their turn is the right way to go, but the demon haunting the spoken-word game (let that logic sink in) has already made it clear that Truth can only be chosen twice in a row. It’s understandable why Truth was relegated to the sidelines for a horror romp, but sadly, those are the only moments that seem to hold any tension, suspense, or fear. And even that’s not enough.

For instance, the character Brad (Hayden Szeto) is forced to tell his homophobic police officer father that he’s gay. There’s a great deal of suspenseful build-up to the moment, but suddenly, the scene ends and the viewer learns in a rushed explanation from Brad to his friends that his dad took the revelation okay. Horror films have a great opportunity to turn cultural and social fears into a reality, and many films have done that in the past to great effect. Blumhouse’s Truth or Dare just doesn’t seem interested in that—or anything else.

The end of the film, which many have argued "saves" the previous 90 minutes, is nothing short of spectacular in its ability to throw out all character development in favor of a haunting twist. While each surviving character doesn’t come out very different than when the film started, there are small arcs that could’ve been used to bring something tangible out of the overall experience. But, again, this movie doesn't seem concerned with anything other than fitting in a new death every 20 minutes and drawing in viewers with Blumhouse in the title.