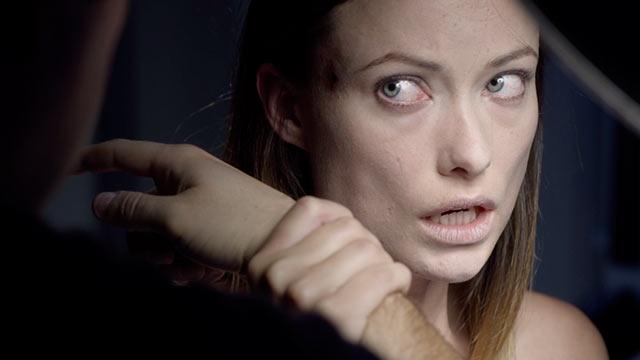 Horror films tend to go through trends of following what brings audiences to the seats. The rise and fall of slashers, home invasion, the "turture porn" craze with Saw, and more recently the possession/devil themed films have had their hay day in theaters. Combining these sub genres has been an effective strategy in the past as well with films like Scream combining horror and comedy. Adding too many different aesthetics can be a messy concoction, and 2015's The Lazarus Effect is the perfect example. Director David Gelb combined with writing team Luke Dawson and Jeremy Slater gave this film too many set ups that created a sloppy experience. Part possession, part slasher, and part supernatural, The Lazarus Effect attempts to recucitate interest in viewers by throwing new angles at the screen. Ultimately they show they don't have a clue on how to meld correctly.

Frank (Mark Duplass) and Zoe (Olivia Wilde) are a scientific duo working with a team at a university to discover a cure for death. Testing on animals excusively, one night an experiment on a dog proves to be successful. Zoe and Frank decide to take care of the dog personally as a means to monitor its health over time. Clay (Evan Peters) and Niko (Donald Glover), two medical student assistants, feel that the length to which Frank is going to get his Lazarus project off the ground is extreme. Eva (Sarah Bolger) is also present for most of the experiments as a video archivist of the project who quickly falls into the agreement of Clay and Niko. After their project is taken away from them, Frank and Zoe plan to take back their serum before the higher ups can confiscate it completely. When Zoe is electrecuted during a final experiment, Frank decides to use the last of the serum to bring her back to life. It is successful, but Zoe is not the same person she was before death.

The movie begins fairly promising with an interesting set up around medical experiments and their relation to the large questions in life. Tackling subject matter on death and the meaning of life in of itself is tricky, but the format of the story does not help to bring any conclusions to those questions. Not too different from Pet Semetary, this film attempts to relate what happens when deaths door is opened and closed simultaneously. The answer here is to give a vague possibility without concrete factors to wrap them up. Finding the answers doesn't technically need to be the focal point of the film, but there is scene after scene of references reminding viewers that there will be some answer to the life after death debate. Once Zoe comes back and her dark powers emerge, the film takes many turns that don't work. There's a reference to a devil being inside of her, that her brain capacity is maxed out, that she has Carrie like powers, and she can read others thoughts. By this point in the film, all of her abilities are thrown out in the open with no sense of purpose. The kills that follow are sloppy and completely rushed. The film only has an 80 minute running time and it feels it in a negative way.

Overall, The Lazarus Effect attempts to address many interesting topics and harken to great horror works, but with a shockingly short running time and messy script, the movie just falls completely flat. Director David Gelb has directed documentaries up to this point and it shows through the choppy editing and lack of story flow.