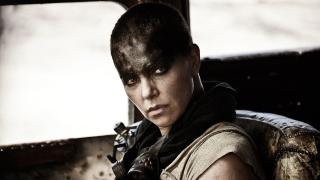 Looks like both Tom Hardy and Jason Statham are being tossed around to play the lead in the upcoming Joel Silver remake of "Escape From New York". It's all just rumors now but either one of them would make a dreamy Snake Plisskin. It's like having to choose between Cheesecake and Pumpkin Pie. You're going to be happy either way and there's no way your ass is going to fit into those new jeans.

Some additional details and the first cast photo of the new "Zombieland" pilot has hit the tubes. It looks like the show, which hopes to run into full production on Amazon streaming service will pick up two weeks after the original film ended. The gang will be leaving Pacific Playland and heading out on a cross country road trip. I assume there will be zombies too. It would be stupid if there wasn't

Jennifer Blanc-Biehn, of "The Divide" fame, is set to make her directorial debut with a new flick titled "The Night Visitor". No real word on what the film's story will be but it looks to be a sci-fi/horror combo shot in the found footage style and shooting is set to begin on April 4th in LA. Just in time for Spring fashion season!

Soon to be Oscar nominated "Hansel & Gretel: Witch Hunters" has officially been slapped with a DVD release date and it's going to be June 11th. The film will be made available on all kinds of formats for your viewing pleasure and be chock full of features an unrated version and interviews. I know I'm pretty much come to terms with the fact that I'm going to be too excited to sleep for the next 2 months. 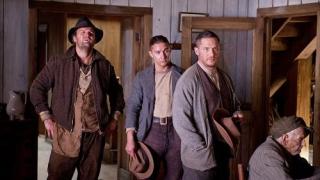 Sophisticult Cinema returns with a discussion of John Hillcoat's "Lawless."

Looks like the good folks at Sony have decided to pick up the rights to "Predestination", a new sci-fi flick from The Spierig Brothers. The film is based on Robert A. Heinlein short story "All you Zombies" and focuses on a secret government group that sends people back in time to prevent terrorist attacks. Maybe they can go back and stop the whole Ska thing in the 90's too. Am I right?

Last week Tom Hardy said that "Mad max: Fury Road" wasn't going to be happening any time soon. But today Charlize Theron is saying that the film going into production next week. I don't know who to believe. Both of them are super hot. But in every interview Charlize Theron has annoyed the crap out of me. On the other hand Tom Hardy is a man with a penis. I'm really on the fence here.

Josh Trank made big waves with his "nobody will hug me and now I have super powers" film "Chronicle" so hopes are high now that he's been given the director role on the upcoming film adaptation of the classic video game "Shadow of the Colossus". The game tells the tale of a young chap who sets out to bring his one true love back to life by battling giant creatures who hold the power to revive her. It sounds insane but the game was awesome. Trust me. I'd never lie to you.

Word around the locker room is Mr. Gary Oldman has signed on to play the scientist who creates the great robot cop in the upcoming remake of "Robocop". Are you excited? I am.... I've run out of stupid crap to say.

Word around campus is that there could be a TV series in the works based on the 1992 Brett Leonard film "The Lawnmower Man". David Titcher is already working on a script for the pilot and plans to announce the show are rumored to be in line for this year's Cannes. So see, there's no reason to go to Cannes. You can just read my news and eat a croissant.

I could have sworn filming had already begun but according to Tom Hardy he's been on stand by for "Mad Max: Fury Road" for over two years and doesn't expect to see things moving along anytime soon. Now that I think of it I'm pretty sure I remember filming already being done and the movie being released. I loved it! Yeah that's right I loved it. This Tom Hardy guy is a giant liar. Who are you going to believe? Pick a side. Now.

There can only be one "Highlander" remake! Well there can be more than one I guess. There can be as many as Hollywood wants. But the one it wants right now may have in fact found a leading man in the form of hunky boom box profit Ryan Reynolds. Nothing has been confirmed and so far no official offers have been made but I'm being 100% honest here, I have no idea what that last part means. It sounds really cool though.

It's a day of old things being new my friends. That might not make sense but let's just go with it. today we've got news from the "Blade Runner" camp that the new film will be a sequel that will pick up shortly where the 1982 original left off. Which is fun because the original was set in 2019, which is really only a few years away. So let's see how they lie their way out of this one. 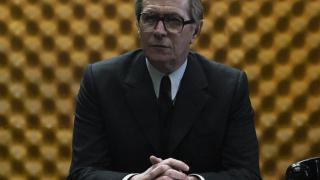 The Cure and Linkin Park park all on one CD!? Tell me their songs are also remixes and I'm going to punch someone in the face from excitement. They are?! I can be speaking only of the "Underworld: Awakening" soundtrack, who's track listing of hot lix has been released. Lacuna Coil and Evanescence too? You shut your god damn mouth.

When I'm looking for the straight dope on a topic I always look to Charlize Theron. She's no nonsense and up until about 2 weeks ago when I heard her speak for the first time I thought she was adorable. So when she says that she thinks "Mad Max: Fury Road" is neither a prequel or a sequel to the much loved post apocalyptic road warrior series, I think I believe her. She also thinks the lead role is still being played by Tom Hardy. She's not positive though. I don't want to sound sexist but she should probably stop talking and just look pretty.

I have no idea what the hell TomCat Films is but they released a trailer for their new film "Panman" and I think I might be smitten. It's a movie about a demon chef who kills people and the best part is he does all this while wearing a pot on his head. It's a hoot. Check out the trailer and dig into the new poster for the film. Get it... dig in... like you would food. I'm awesome.

I'm not going to bother telling you the plot of Syfy's new film "Arachnoquake". I'm just going to tell you it stars Edward Furlong and Tracey Gold. If you've forgotten, Tracey Gold was the nerdy sister on "Growing Pains" who was arrested for driving drunk with her husband and their 3 kids in the car. Edward Furlong, well he was in the "Night Of the Demons" remake recently and was once arrested twice in the same day for driving without a license and being drunk behind the wheel. What I'm saying is this is going to be the greatest wrap party ever.