And you thought zip discs made no sense...

Get excited iApple iNerds! Ghost House has joined forces with Trigger Apps to develop a handy dandy "Evil Dead" shooter game for the iPhone and iPad. They follow the path of the first film and then branch off into a whole new storyline. It'll also come with Bryce Campbell's home phone number. Alright that might be a lie.

The advertising hot dogs behind the upcoming film "Priest" have jumped in to launch an online game for the film. The game can be played in both 2D and 3D, if you can find some glasses, and for those of you that are hammed right now it can even be played in 6D. Because you see double sometimes when you're drunk. Get it? It was either that or a "play with yourself" joke so consider yourselves lucky.

I'm a firm believer that if dogs have the opportunity they will turn on us and make us their slaves. For that reason it's pretty obvious that all dogs should be put in cages and treated like deadly criminals. Apparently though the makers of the new short film "Play Dead", which has a trailer and poster out on the tubes, think when the zombies take over "man's best friend" will be our only allies. Adorable idea, but completely inaccurate.

William Fichtner, who I'm 99% sure is a robot, is all ready to join the cast of Neill Blomkamp's new sci-fi flick "Elysium". The movie also stars Jodie Foster and Matt Damon or as I like to call them Fostermon. I don't think they're dating or anything but it's fun to make up names for people isn't it? 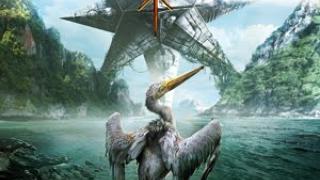 Director Neil Blomkamp is gearing up for his "District 9" follow up by getting Jodie Foster to climb aboard "Elysium". Little is known about the film's plot other than it takes place on a distant planet in the far future. Ms. Foster will be joining Matt Damon and Sharlto Copely, so at least it looks promising.

Anthony Hopkins is preparing to try and creep us out once again with his upcoming supernatural church thriller, "The Rite". The marketing machine is starting to spin up, so be sure to check out the new TV spots and posters at the link.

Franz Kafka's literary classic "Metamorphosis" is finally being brought to the big screen by a whole bunch of people you've never heard of!