The crew talks socioeconomics and our favorite Asian horror films. 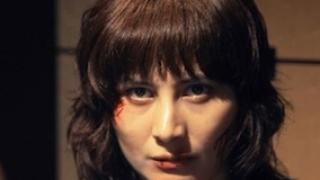 Hey here's something awesome to kick off your Tuesday. It's three pricks who are taking your childhood memories and taking a big old crap on them. Some might also call it a video with the three guys that MTV has cast in their new "Teen Wolf" series. I like my description better though.

Mike White, who is apparently a director, has been chosen to make the moving pictures for the big screen adaptation of "Pride and Prejudice and Zombies". Now before you go thinking this might be something to get worried about let me remind you that Mr. White wrote "Nacho Libre". So that's something, right?

Is this true? Pang Ho-Cheung's "Dream Home" is the first Japanese slasher flick? How the hell is that possible? What have they been doing for all these years? Dressing up like giant hamsters and having sex with each other? Oh wait, that's probably it so don't laugh. Don't laugh!

And here's your first look at John Cusack as Edgar Allan Poe in "The Raven". Spoiler alert, it looks like John Cusack with a goatee and one leg. Alright the one leg thing is a lie but I figured the goatee wasn't really much so I spiced it up a bit. I'm sorry I hurt you like that.