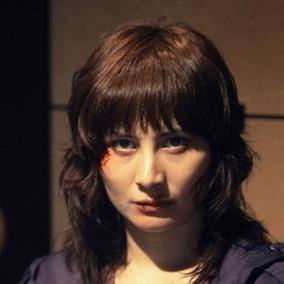 Among the most unsettling horror films are those that stare deeply into the eyes of a psychopath in an attempt to convey the darkness inside. Films like "Henry: Portrait of a Serial Killer" or even "The Silence of the Lambs" have taken this concept to its pinnacle, while the 2010 Hong Kong psuedo-slasher "Dream Home" marks a fresh and interesting new entry to this canon.

"Dream Home" opens with a title card that explains how astronomically expensive real estate has become in Hong Kong. The message seems a little odd for the opening of a horror film, but it quickly begins to make sense as we meet Cheng Lai-Sheung (Josie Ho), the industrious and private young woman at the film's center. Sheung works three jobs and keeps company with a sugar-daddy all in an attempt to save up the down payment for an apartment all her own. But Sheung doesn't want just any flat. She dreams of a very specific building with a very specific view.

Director Ho-Cheung Pang structures "Dream Home" in such a way that the violence permeating the screen is never obscured. Soon after the film's open, Sheung sneaks up on a sleeping security guard and graphically dispatches him with a pull-tie. She then spends the rest of the film making her way through an ever increasing body-count. While the viciousness is never in doubt, what remains clouded are Sheung's motives. Pang plays up this ambiguity by keeping Sheung straight-faced, bordering on passive, as she piles gore soaked body on top of gore soaked body.

The arc of "Dream Home" gradually unwinds in flashbacks which jump from Sheung's early childhood to her recent past. While her cold eyes stalk through the modern apartment building's interior, her history reveals the impetus -- or at least the origin -- of her rampage. But while Pang eventually unveils a "reason" for the madness, the film does not necessarily take a stance on its value. What results is a portrait in ambiguity in many ways more layered than those of psychopaths past. Having gained a greater understanding of Cheung's station, and with a fuller appreciation of the ludicrousness of Hong Kong's residential plight, viewers will be forgiven for rooting for the killer's success even in the face of her victims' innocence and helplessness.

"Dream Home's" greatest success comes in its witty and intelligent use of layered character study and social commentary. Deploying the tropes of slasher films allows for a grim humor that adds even further depth to an already many-sided film. While it may not posit direct answers to the financial issues of our day, in tackling questions of inequality and urban domesticity "Dream Home" at the very least opens a nuanced discussion into forces that shape modern life.