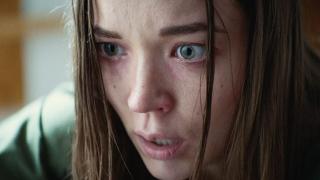 Dwayne Johnson, also known as "The Rock" just seems like a guy I'd like to hang out with. He's all funny and stuff. God I hope he drinks beer. While we try to find out let's discuss how Mr. Rock is now in talks to play the lead in a big screen adaptation of Steve Moore's graphic novel "Hercules: The Thracian Wars". Can you guess what the lead role is from the title? If you can't you might be stupid.

I really dislike that song "In Your Eyes" and therefore I have already decided I do not like the new movie coming out with the same title. It does not matter that Steve Howey, who's currently on the show "Shameless", has been added to the cast. I don't watch that show. It does matter that Joss Whedon is producing the romantic supernatural people connected by some cosmic energy movie. Because everything that guy does is awful. But I'm just rambling now.

Robert Knepper who was on "Prison Break" has joined the cast of CW's "Cult" about a cult leader who commands his minions to kill. I'm sick of these shows already.

I've seen trailers for "Madison County" flying around for a while now. It's the creepy looking flick about a killer who terrorizes a town while wearing a pig's head if you're wondering. And it looks like it's finally making it's way to DVD on May 8th. See? Today's not so bad. This rain will pass. Let's go get some breakfast together, ok?