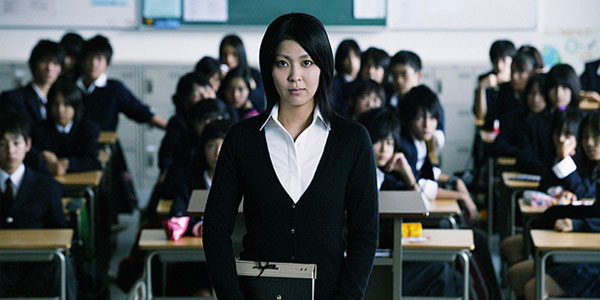 Tor's top films of 2011 come with an eclectic, international flavor.

5. The Human Centipede II (Full Sequence) - After seeing the first "Human Centipede" and subsequently watching an interview with director Tom Six I was sure that he was a hacky sociopath who had merely stumbled upon the perfect lightning-rod concept. I am now convinced that he is a technical magician with a despicable sense of humor… and a sociopath. Some people saw this as the most heartless and irredeemable piece of nastiness of this side of the century's 2nd decade. I see it as an amalgam of "Amelie" and J. Michael Muro's "Street Trash" as it would have been made by Jorg Buttgereit if he preferred scheisse to corpse boning. I laughed, I groaned and I cringed but I never took a single frame seriously and enjoyed myself throughout. You may disown me now.

4. The Reef – Some folks felt the limitations of the plot and having characters without tremendous depth was more than they could forgive. I found this hybrid of "Open Water" and "Jaws" to be skillfully done and well worth the time. No film this year immersed me in tension like "The Reef."

3. Attack the Block - As an old curmudgeon it is incredibly rare when a film I hear people raving about actually turns out to be as satisfying as indicated. I don't love all the performances but the heart and (surprisingly gory) soul of this thing makes up for all of its shortcomings. Plus, I love that the saviors of our world are resourceful poor kids and not quippy, middle class twits or super soldiers. The most fun of any movie I saw this year.

2. I Saw the Devil - Kyung-Chul jumps right into the middle of any discussion of the greatest screen baddies of all-time. The performance by Min-Sik Choi as a splenetic beast who marauds everyone he encounters is as disquieting as it is unforgettable. Add some astonishing fight scenes to the mix and you have a classic genre piece that makes you forget its flaws.

1. Confessions (Kokuhaku) - This film was Japan's official entry into the Oscars' foreign language category for 2010. It didn't win. Fuck the Academy. Even more insulting is that this masterpiece wasn't granted a wide art house release in the US and still hasn't found its way onto domestic DVD. So I am grandfathering it on to my 2011 list because most of us had exactly zero chance of seeing it prior to this year. Kokuhaku is already one of my all-time favorites. Twists without tells, deeply considered characters and motivations, violent, depraved, transcendent, operatic and six or seven other big words I can't come up with right now. If you haven't seen it, see it. If after watching it, you don't like it, punch yourself in the nards then tear out your eyeballs. Sorry, that is how I feel.

The Rest of the Best
Melancholia - Lars Von Trier smiles as the world collapses.
Troll Hunter - Of everything I saw this year, this movie has the most profound sense of place and culture, and some great creatures to boot.
Stake Land - Great location shooting gets me every time, even if I hated the skinhead vampire revenge thing.
Super 8 - Mr. Spielberg, Mr. Abrams, thank you for giving me my childhood back, even if only for an evening.
Red State - I haven't cared for Kevin Smith since "Clerks," but I'll be damned if he didn't churn out a pretty charged little slice of insanity. 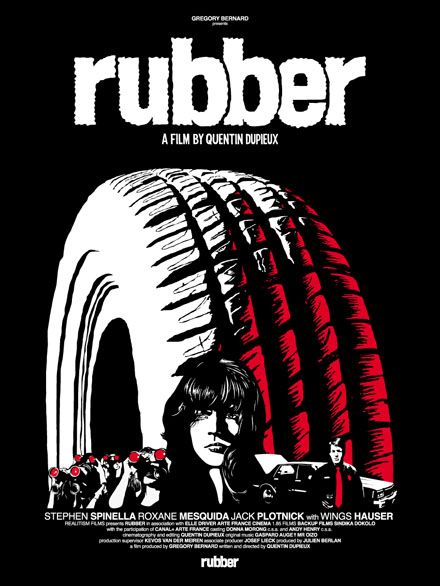 4. Bereavement - Not a terribly made film, but a pretty dishonest one. Should have been less about mood, more murder and boobies.

3. Wake Wood - A big miss on a good idea, Hammer's successful rebirth is still in doubt for me.

2. The Shrine - The film that teaches us that it is appropriate to light a daylight scene with a searchlight.

1. Rubber - Congratulations Mr. Oizo, you managed to make absurdism uninteresting to me and re-ignite a distrust of the French that I never thought I had. You also wasted the impossibly hot Roxane Mesquida in your stupid little vanity project. Oh, but you shot it gorgeously and winked at us the whole time you indicted our lack of discernment, so that makes you clever. Dick move, dick movie.