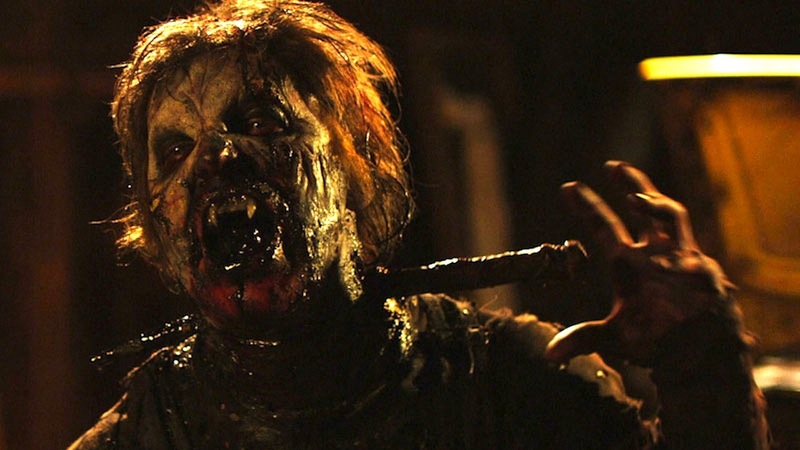 The list-stravaganza beat rolls on, with Angelo offering up his favorites from 2011, as we make our way to the official Bloody Good Horror Best of 2011 compilation.

2011 is pretty much the polar opposite of 2010. Whereas 2010 was filled with a bunch of movies I was simply lukewarm about ("The Last Exorcism" being the sole outlier), 2011 has been filled with amazingly solid, quality films. Everything in my Top 5 would have been given a 9 or 10 if I was reviewing them, and with films like "Paranormal Activity 3", "Fright Night", “Melancholia” and "Contagion" all still in my "To Watch" list, I'm sure I'll be enjoying the films from 2011 well into 2012.

5. Troll Hunter
While some of the humor is lost in translation, "Troll Hunter" manages to be absolutely hysterical at times, fresh and innovative throughout and should be on everyone's radar regardless of how much they hate subtitles. Where else can you learn fun facts like "troll piss" is Norwegian for "troll piss"?

4. Super 8
You can see my review on the site for my full thoughts, but "Super 8" was one of those rare movies to come along that made me feel like a young kid again. However, the longer I'm away from the movie, the more I sour on the abrupt, overly-sappy ending, which is keeping this from being higher on my list.

3. Insidious
In a regular year, this would be topping my list, but 2011's just been that strong. "Insidious" is legitimately creepy and scary, has a really cool visual feel that harkens back to my favorite Italian horror films from the '70's and manages to be a ghost/possession film that avoids every terrible ghost/possession film trope. Again, the ending kept this one from being higher on the list, though it is possible on a second viewing, after knowing where the film goes, I might not be so hard on it.

2. Stake Land
I had never heard of this film until it showed up in my mail as a review screener, and I had no idea when I popped it into my DVD player that I was about to watch one of the best films of the year, but "Stake Land" easily deserves to be on this list with theatrical wide-releases. It's a smart film that pulls absolutely no punches with the audience and it leaves a lasting mark. More importantly, it also reminded me that there was a time when vampire movies were worth watching. Please, more of this and less tween romance. Though I would be okay with more Kristen Stewart. Seriously, she’s kind of a babe.

1. Attack the Block
In a year filled with awesome releases, "Attack the Block" stands out as being damn near perfect. It's pacing is lightning quick without being overwhelming, it has a great sense of humor while still addressing some social issues in subtle ways, showcases one of the coolest monster designs I've ever seen, has an amazing soundtrack and visual feel and just all around knocks everything out of the park. I was waiting for months for this one to finally come to Cleveland, and it lived up to all the hype and anticipation, which is rare and incredibly difficult to do. While "Insidious" and "Stake Land" were great films, "Attack the Block" did absolutely everything right and is a ton of fun to watch which is why I’m giving it the nod over those other two films. 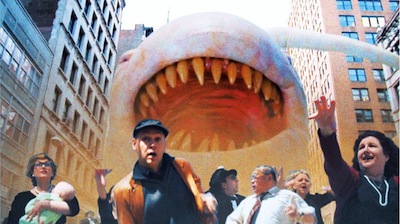