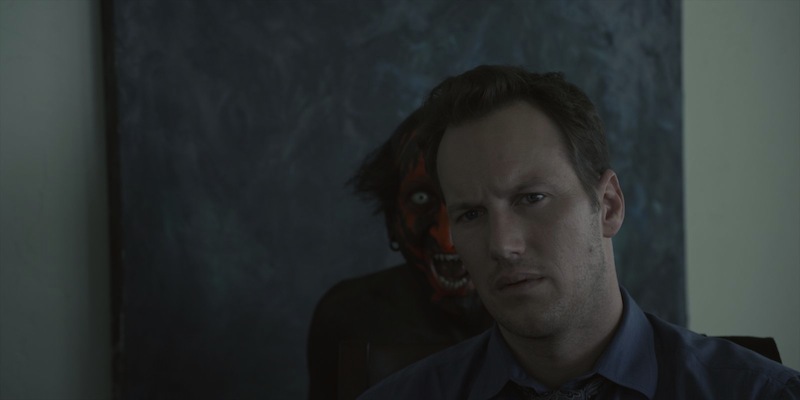 Editor's Note: The Bloody Good Horror crew has compiled the official BGH list of the best films of of 2011. Before we unleash this historic compilation, however, we will be counting down each contributor's votes for the best... and worst... of 2011. First up, Editor-in-Chief Eric!

Insidious - Easily the scariest film I've seen in years. I've avoided re-watching it because I'm quite fond of sleeping at night.

Drive Angry 3D - Turns out Nicholas Cage in the "I need to pay my taxes" phase of his career can still turn in a damn fun performance. He's helped by the script from Todd Farmer, a writer whose managed to make paying homage to the films of yesteryear into an artform.

Troll Hunter - Despite a lot of cultural weirdness, I'm a sucker for found footage films, and some of the troll "reveals" are breathtaking. Dare I say an American remake is in order, eschewing the comedy and cranking the scares up to 11. Ya that's right, I said it.

Scream 4 - Surprisingly solid retread of the Scream formula, this time attempting to skewer the notoriety obsessed "Generation Y". I assume it does a decent job at it, although who knows, I'm old. I will say this is for "Scream" fans only, as it's not going to convert you to the gospel of Kevin Williamson. That said, I'd go so far as to say this is the best sequel of the three.

Super 8 - Geek-god JJ Abrams channels Stephen Spielberg and makes a pitch perfect homage to the films of his mentor's "Peter Pan"-era in the 1980's. A lot of weird backlash on this one, presumably spurred on by the near universal praise, but screw that noise. That big ugly alien almost made me cry! He just wants to go home!

Attack the Block - Only one phrase can be used to describe this film, "awwwww snap!" Special mention goes to the greatest use of gratuitous slow-mo in any film this year. Now grab your samurai sword, it's time to protect the block!

Fright Night - Decent remake of an 80's original that I'm not so much a fan of. Colin Farrell oozes creepy sexuality, but the show is stolen by David Tennant and his vampire obsessed magician that's basically a mashup of Criss Angel and Russel Brand. It probably could have used more McLovin', but then again couldn't most things?

Contagion - I haven't stopped washing my hands since I saw this, basically all you need to know. That, and I want schlubby Matt Damon to be my dad.

Tucker & Dale vs. Evil - Absolutely genius take on the "hillbilly horror" subgenre, turning it on its head and turning the rednecks into the protagonists. Probably the best horror comedy in years.

Paranormal Activity 3 - Takes the haunted house formula and stretches it to the limit. The amped up scares and addition of an actually likable male lead makes this the best yet in the "Paranormal" series. I can't believe I'm saying this, but I can't wait for the next one. 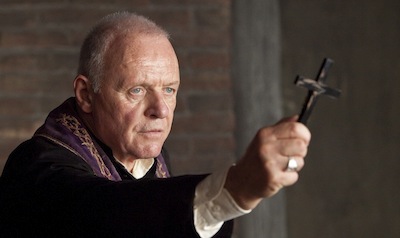 The Rite - A film which takes the high honor of being the only film I've ever walked out on after paying to see it in the theater, in the history of the podcast... and come to think of it, my life. Nigh unwatchably boring.