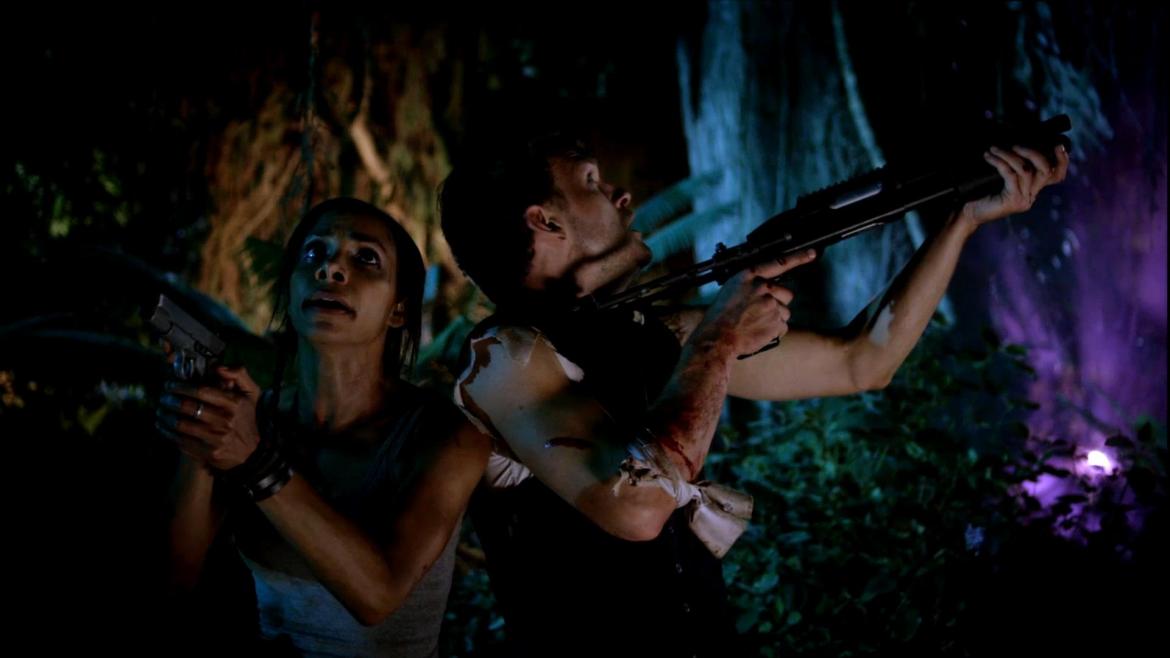 We are living in a bad movie renaissance. Audiences flock to theaters whilst quoting lines as surely as if they were there to soak in a great, treasured film. There are countless podcasts discussing bad film, and a number of critically acclaimed documentaries detailing the incredible and glorious events that leave us with these beautiful cinematic dumpster fires.

None of this is particularly new, yet we are in the midst of a sort of terrible film epidemic. What was once a secret ritual that you passed around to your friends while laughing is now a mainstream commodity. It may be mind boggling but it’s hard to deny that making a bad movie is a proven and profitable film making technique. So therefore we have a more and more films like Zoombies.

This is a film about a zoo. A zoo whose animals have become infected with a zombie virus and turned into murderous ravenous beasties. From there a number of undead animals attack and kill the staff one by one a la Jurassic Park.  Sure, this is a film with terrible acting, terrible CGI, terrible directing and is just all around terrible but that’s kind of the point. After all, this is a film from The Asylum, the same company that brought us Sharknado and MegaShark Vs. Crocosaurus.

So aren’t films of this ilk impervious to honest criticism? I mean after all, they are made to be terrible right? So anyone who can’t shut off their brain and laugh at this is an uptight jerk wad right?

Well, in a traditional sense that’s probably true. You can’t really poke holes in something that doesn’t try. Think of it, as the cinematic equivalent to me in high school. Except instead of boozing and secretly smoking cigarettes while listening to Sabbath and mocking the ‘establishment’ you get a guy in a terrible gorilla suit mocking the film industry. But as I eventually learned, not trying is worse than trying and failing. You see, because what makes a great terrible film great, just like life, is the effort. The knowledge that everyone on set, the director, the cast, the screenwriter, all put 100% into something that all went sideways is what makes it fun.

When you make a film like Zoombies and no one tries, the fun is sucked out of the film leaving you with nothing but an empty, gutless, cynical cash grab that joylessly laughs at its own audience.