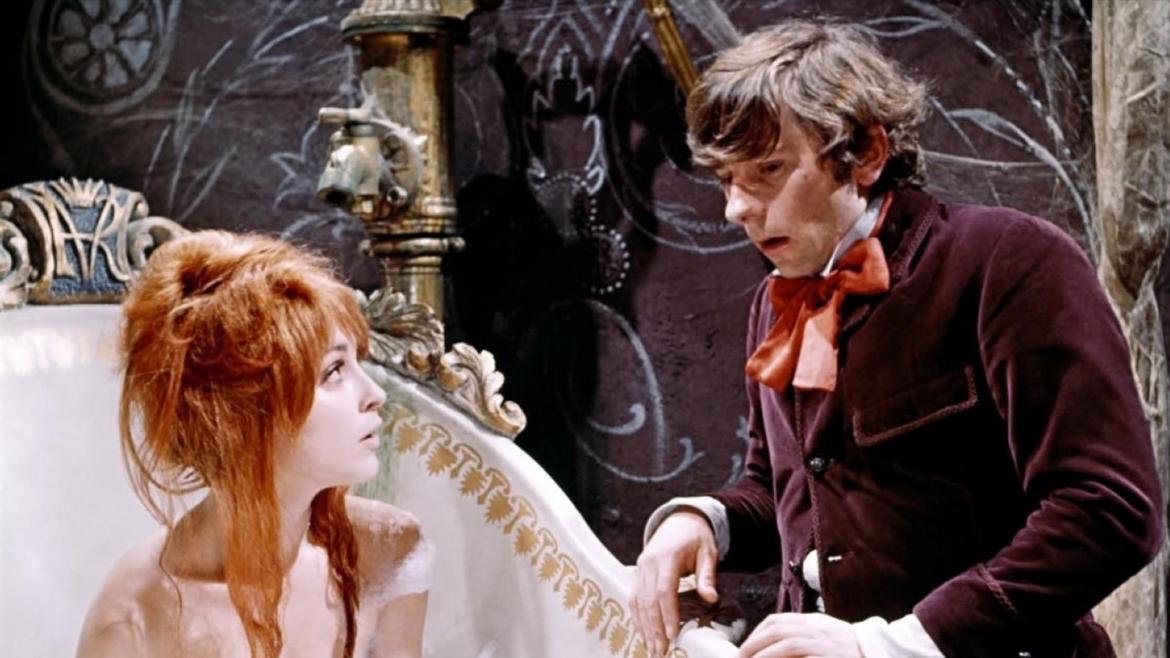 In 1967, Roman Polanski directed The Fearless Vampire Killers. A silly, strange spoof of hammer films and a sudden departure from the oppressive bleakness of Repulsion and the bizarre black comedy of Cul-de-Sac that is not only remarkable because of its tone but because of Sharon Tate’s involvement. Two years later, Sharon Tate’s body alongside her guests would be discovered in their LA home; victims of the Manson family. Marking this the only appearance of Sharon Tate in a Polanski film and leaving a disconcerting specter over the film, perhaps enhanced by the juxtaposition of its tonality.

Make no mistake, this is a goofy film. It follows the arrival of Professor Abronsius (Jack MacGrowan) and his assistant Alfred (Roman Polanski) in Transylvania. While staying in an inn, Alfred falls in love in with Sarah (Shannon Tate) and witnesses her being abducted by Count von Krolock (Ferdy Mayne). They then travel to the Count’s castle and absurdity ensues.

This is by no means a laugh out loud funny movie. In fact, most of the humor relies heavily on its audience’s familiarity with the tropes of Hammer Films and taking slight and wry variations on it for its intended effect. This results in a film that could be described more as “easy to watch”, or amusing, rather than outright funny. That’s not to say there isn’t more here to sink your teeth in. There is plenty here to remind the viewer that this is a Polanski film. The eye popping visuals of the snow laced mountains. The elegant framing of the vampires in dancing in the ballroom. The lingering images of the illuminating Sharon Tate. All of these things add up to a film, from a visual standpoint worth seeing but will also detract from most mainstream viewers being to soak in the intended subtle humor. This is the type of film that would begin to frame the glasses of nostalgia in a budding film buff but might leave a more seasoned watcher, simply appreciative. Making this more of a venture in film history relevance than one that you might count as an outright enjoyable film experience.

In the end The Fearless Vampire Killers, is an easy to watch film but probably only worth investing in if you are a fan of Hammer or a Polanski completionist.