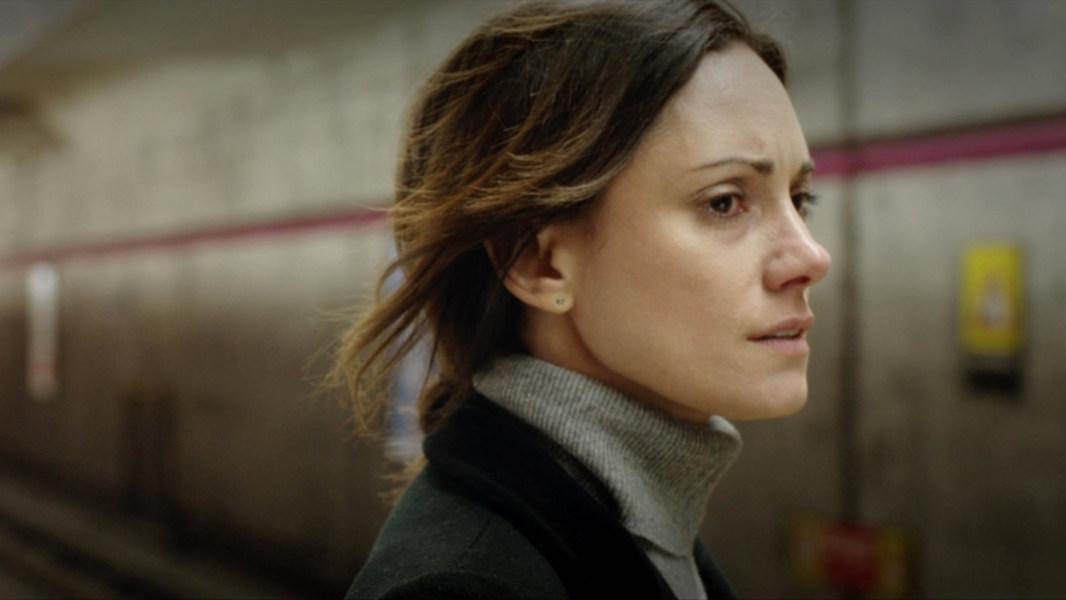 The anticipation of the female driven anthology XX buzzed for quite a while before it was released. Riddled with rumors of cancellation and departures, the four-short anthology finally arrived with two big names and most of its hype intact.

Beautifully wrapped with interstitials from stop animation artist, Sophia Carrillo, the four shorts of XX have very little else in common besides its female directors. Though it’s not a requirement for anthologies to have a running theme, we often expect them to or at least delight when it occurs. XX is composed of four shorts from both novice and experienced female directors with expected mixed results.

Jovanka Vuckovic writes and directs “The Box,” the only adaptation in the group, from a Jack Ketchum short story. After peeking into a foreboding stranger’s wrapped Christmas gift while on the train, a son starts to withdraw from the family while sharing secrets with everyone except their mother. I’m all for not beating the audience over the head with your point, but this went a bit too far in the other direction. The emotional strain between the family members and the occasional unsolicited gore doesn’t really help to discern what was going on either.

One of the most anticipated additions was that of Annie Clark, aka St. Vincent, and her directorial debut “The Birthday Party.” Driven by a strong spastic performance of Melanie Lynskey as an upper class manic mother who is thwarted in her efforts to throw her daughter the perfect birthday party when she finds her husband dead in his study. Driven by societal pressures and the strain of pleasing her daughter, she makes due with dark comedic consequences. Clark obviously has a fantastic eye for color and a hyper-realistic pop sensibility. The score, also done by Clark, is the standout feature of the short. Though well acted, directed and shot, “The Birthday Party” falls more on the black comedy side of the horror genre, and it would be interesting to see what Clark could do with a full length feature.

Roxanne Benjamin, an experienced director (Southbound) and producer (the V/H/S series), brings the 80’s monster movie tropes back home with her segment, “Don't Fall.” The segment follows a Scooby Doo type gang of hipsters who find themselves camping on cursed land and one of their own horrifically transformed after finding some hidden cave paintings. Though the plot isn’t anything new, Benjamin is still able to establish a solid monster with proper gore and special effects.

Arguably the most successful contributor, Karyn Kusama, director of 2015's The Invitation, flexes her muscles under a time constraint with “Her Only Living Son.” With Rosemary Baby’s vibes and the deliberate slow burning of plot exposition, Kusama weaves the unease and tension with deft and confident fingers.

With three of the four segments loosely sharing a theme of strained motherhood, the anthology feels as jerky and disjointed as the stop animation that strings them together. As exciting as it is to have an anthology of underrepresented directors in the field, the particular shorts seem more like an overnight trip in the Twilight Zone rather than the chilling collection expected. All the directors illustrate great talent and a creative eye but the collection falls a bit short as a whole.