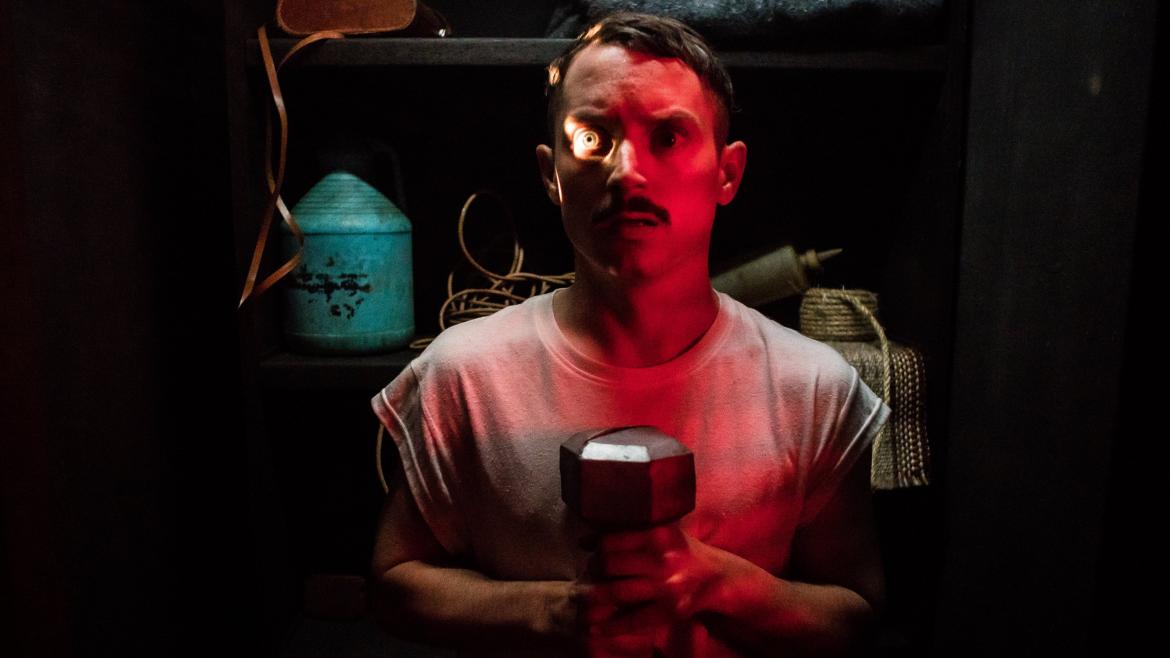 Reuniting with your family is a terrifying prospect for a lot of people. Since many missed the opportunity to do so over Thanksgiving this year, may I suggest Ant Timpson’s Come to Daddy? Timpson’s directorial debut comes after years producing great horror and violent comedies like Deathgasm, Housebound, and the Greasy Strangler (a personal weird favourite). Toby Harvard wrote the story based on an anecdote of Timpson’s father’s passing and subsequent wake which is one of the odder origins for a horror comedy I have heard.

Come to Daddy opens with one of my favourite quote juxtapositions by two of our greatest poets--William Shakespeare and Beyonce. We then meet Norval (Elijah Wood), a DJ/artist of all trades who is reuniting with his father Brian (Stephen McHattie), but as in all thrillers something seems off. Some familiar twists are employed, but the film does not go exactly where you are thinking. Timpson’s direction and Harvard’s script create tense exchanges with a sense of heightened reality. Wood gives an endearing performance while shit hits the fan in more ways than one. As the film speeds ahead down a dark comedic road it veers more and more ludicrous until it hits a pole while just barely staying on the road.

Come to Daddy's inspirations are worn comfortably on its sleeves. Samuel Peckinpah’s Straw Dogs (1971) comes to mind most noticeably, though without the female exploitation; but also lacking the female for the most part. It is told from a masculine perspective and it presents opportunities for its characters to fix their lives through the use of aggression/assertiveness. Norval’s style of masculinity is challenged and he responds by becoming his worst self which is not the most inspiring message.

Thematically, the movie considers the questions we always wanted to ask our parents but never had the chance. The film does give us some closure between father and son which is heartfelt and endearing for such an oddball narrative. I consistently thought of Fargo (1996) and its odd orientation for the audience as we briefly interact with these absurd characters that pop into and out of the story. With all that said I would have preferred the film to learn even further into the abyss of dark comedy like a more humorous Funny Games (1997), as there were times I was waiting for a more metatextual approach to this classic tale.

I had a lot of fun with Come to Daddy, but I can always have more fun in the actual abyss that is 2020. Whether you have daddy issues or not, this daddy of a film will metaphorically come to your tee-ball games.