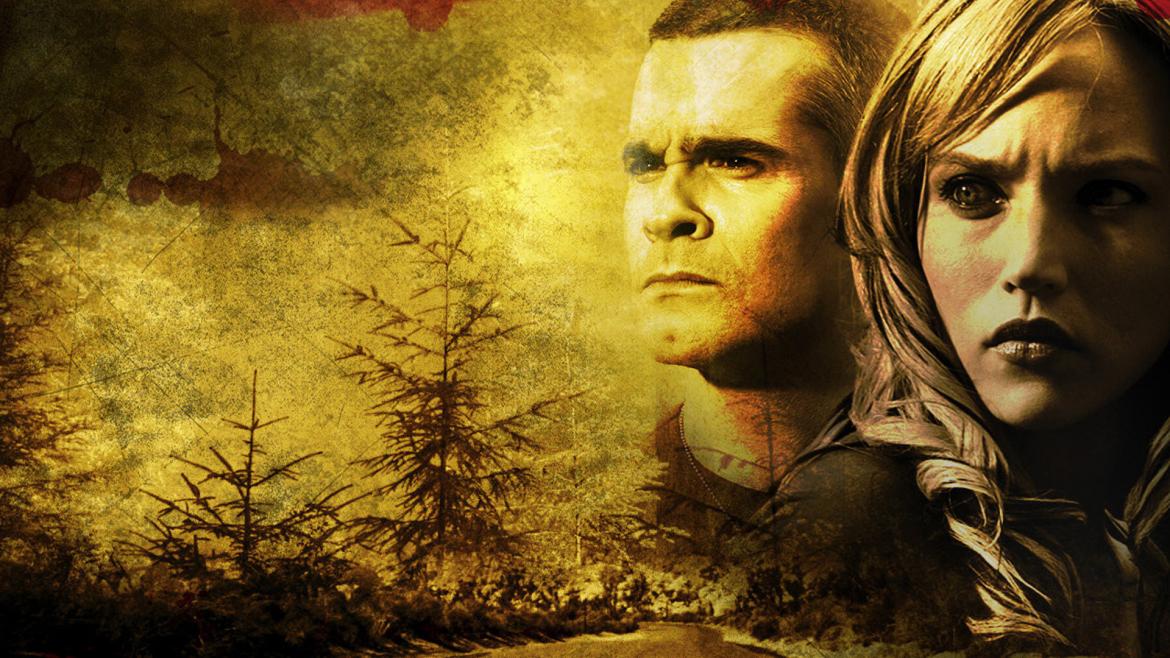 Wrong Turn 2: Dead End represents the rare direct to DVD sequel that may have generated more buzz than its predecessor. For that we can thank the blogosphere and a brilliant marketing campaign run on the cheap by distributor 20th Century Fox. But while a well-executed plan may have put this movie in front of all the right eyeballs, something else entirely won the early praise of horror fans—gore. Yet for all its hype and good intentions, Wrong Turn 2 feels like a squishy, if not sloppy, direct-to-DVD release.

Rookie director Joe Lynch has packed his first effort with so much splatter, so much mayhem, and so many inventive kills; it would have been impossible for fans to not take notice. "Wrong Turn 2" holds little similarity to its nominal predecessor. Yes, the setting is similar, and yes, we meet many of the same delightful fiends who populated the previous film, but Lynch has opted for more of a whimsical tone by going so far over the top that the DVD appears as though it will be released in only an unrated version.

Lynch establishes his wink-and-gasp tone at the very outset with a scene involving Kimberly Caldwell, she of 7th place finish on American Idol's second season. Without getting into things too deeply, Miss Caldwell takes a wrong turn, and ends up quite literally chopped in half… lengthwise. Lynch then nods to Wes Craven, with a shot of two woodland freaks dragging off the halves of Miss Caldwell's once shapely figure.

The former reality show personality's appearance was actually a nice in-joke that won't age well. She's a real-life reality star playing a fake reality star who hopes to break out with an appearance in the film's overarching set piece, a reality show pilot called The Ultimate Survivalist: The Apocalypse. In the show, hosted by ex-marine Dale Murphy (Henry Rollins), six contestants compete to see who would survive in a simulated post-apocalyptic wilderness.

"Wrong Turn 2" goes to great lengths to establish this set-up. The character introductions come straight from their faux-reality-show casting reels, and several crew members make sure to point out just how well the surrounding woods have been stocked with cameras and microphones. Lynch put the pieces in place to affect some interesting commentary on the state of entertainment and the spate of ridiculous reality television shows. But as the film progresses and the blood starts flying, these elements drop out pretty quickly leaving us to imagine what fun we might have had.

In the absence of these elements, "Wrong Turn" devolves to a large extent, eventually coming to resemble a rehash of elements from The Texas Chainsaw Massacre, The Hills Have Eyes, and their respective sequels. The theme of twisted family values is relied on heavily to carry us through the knocking off of each successive Ultimate Survivalist cast member, and it's in this middle portion that the Wrong Turn 2 starts to sag. Luckily, Rollins, who hardly seems to be acting when he barks out orders, throws the film on his back, and staggers with it to the end. His performance surely will remain this film's lasting legacy.

Judged as a direct-to-DVD splatterfest, "Wrong Turn 2" scores on almost all accounts. There's some T&A, there's some humorous repartee, and there's some pretty outlandish deaths. There's also a lot of unfulfilled promise. Lynch displays some ability behind the camera, especially when one considers he probably was working with a less than enviable budget.

If the film succeeds despite its miscues and wasted opportunities, it's because Lynch has a flare for gore, and that will probably be enough to win the hearts of many horror loyalists, and earn the director another go around in the director's chair. "Wrong Turn 2" may not quite measure up to its precursor, but you could surely do a lot worse in your local horror rental section.