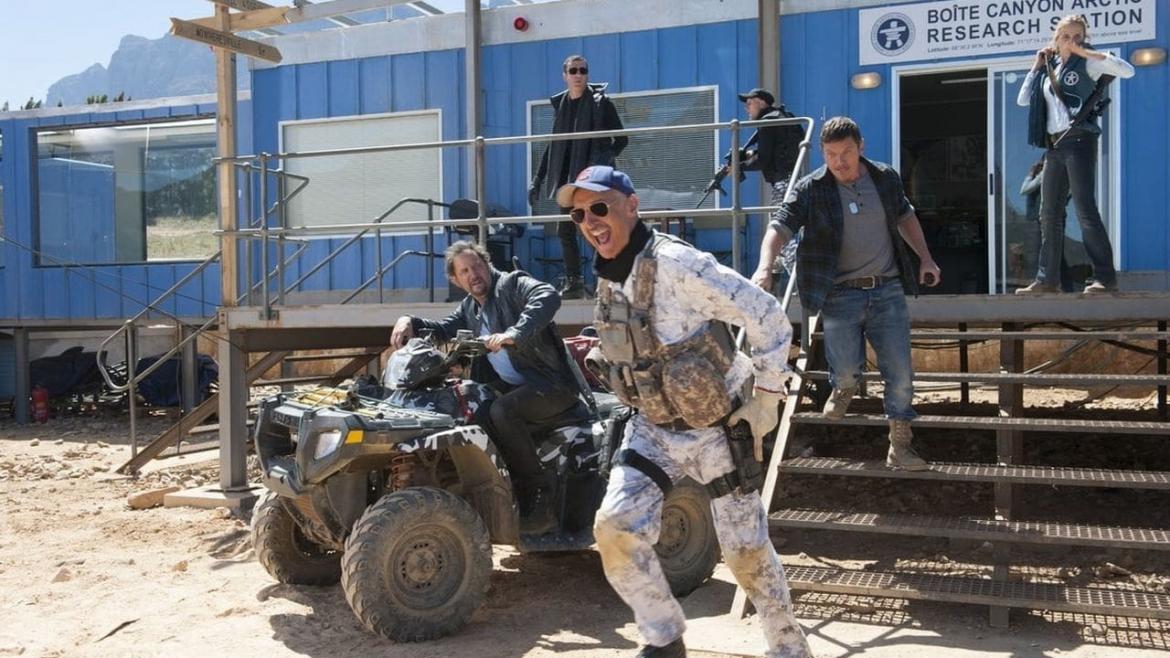 Tremors: A Cold Day in Hell is a classic over-promise-under-deliver scenario. Based on the title and marketing, this, the sixth film in the Tremors series, seems to promise graboids – the franchise’s iconic giant, carnivorous worms – stalking a frozen Arctic tundra. Admittedly, that scenario makes no sense. Permafrost, one can assume, would not be an ideal habitat for a subterranean predator whose tactics are based entirely on moving swiftly through lose soil in pursuit of prey. Still, who is going to hold that against a franchise proudly featuring a side monster called an “Ass-Blaster?”

At least initially, A Cold Day in Hell appeared ready to stick to its premise, opening on a team of graboid-bait scientists in the Canadian Arctic taking ice core samples during a ludicrously CGI’d blizzard. However, from there, the movie relocates to a slightly less remote, much less wintry research facility and basically transforms into “A Mild Day in Canada with Hipsters.” Sure, everyone’s wearing winter hats, but no one seems cold, there’s no snow, and somebody probably says “eh” at some point. What gives? Well, while the movie is set in northern Canada, it was shot just about as far from there as you can get: South Africa. As such, A Cold Day in Hell doesn’t look that different from any other film in the series. It doesn’t play out any different either. Burt Gummer, the beloved monster-hunting red state cartoon character lovingly played for five (minus the prequel) films now by Michael Gross, is pressed into service to eradicate another underground threat. Also, still hanging around from the previous (and better) film in the series (2015’s Bloodlines) is Burt’s son Travis, who is again played by Jamie Kennedy as the adult version of a kid from a Mountain Dew commercial.

The best thing Bloodlines had going for it was a subplot about how the graboids in that film had evolved in isolation from the main species, inviting in all kinds of fun tweaks on the creature’s well-established lifecycle. Despite retaining both the creature aesthetics and the heavy reliance on CGI that was on display in Bloodlines, A Cold Day in Hell has no such evolutionary tweaks in store. The best it can muster is a graboid-based blood infection that afflicts Burt, necessitating some expectedly icky late-stage heroics.

Tremors: A Cold Day in Hell has Burt, it has goopy graboid guts, and it has plenty of groan-worthy jokes. Heck, it even has a few surprising callbacks to the franchise’s early days. But, for a franchise that has, to date, been primarily driven by the evolution of its big bads, this one feels frustratingly stagnant. To be sure, A Cold Day in Hell isn’t enough of a clunker to doom Tremors to the sweet embrace of cinematic extinction. However, if the franchise doesn’t rediscover its momentum soon, its graboids could find themselves going the way of the dodo after all.