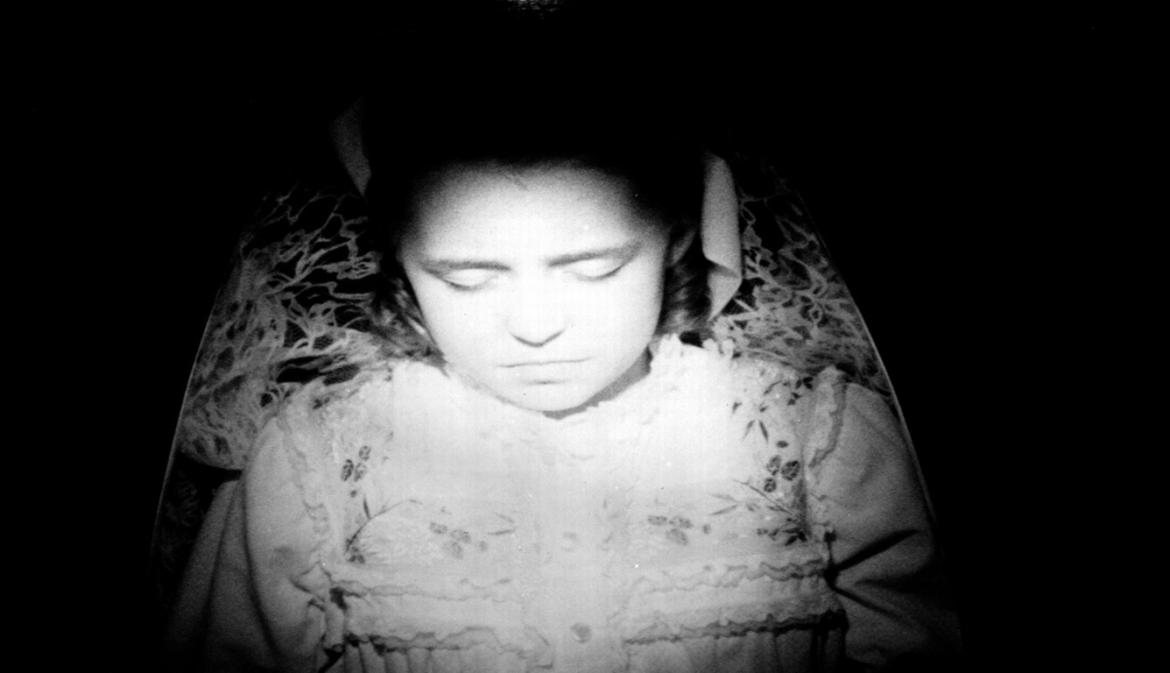 “Impressionism is the newspaper of the soul”. It’s doubtful that Matisse had in mind an arrangement of paper clippings and archival photos that endeavor to give spiritual depth to an otherwise icy cataloging of dystopian strife in 19th century Wisconsin. Nonetheless this quote seems almost the ideal sentiment from which to begin talking about James Marsh’s 1999 film “Wisconsin Death Trip”. This is because unlike the Static X album of the same name, this 76 minute documentary traffics in the equivocal, and speaks with light, shadow and subtlety.

The film is an adaptation of Michael Lesy’s 1974 book,” Wisconsin Death Trip”. It begins with a modest accounting of the facts surrounding the Northwestern Wisconsin settlement of Black Water Falls, including a testimonial as to why it may have been the chosen spot in all the Americas for homesteading families in search of the good life. The events that are highlighted all took place between 1890 and 1900 but are presented in such a way that they could be misconstrued as having taken place within a single calendar year. Soon after the quaint but somber opening we are informed by the narrator and the town’s newspaper editor Frank Cooper (voiced by Ian Holm of “Alien” fame) that things took a turn for the morbid after a rash of misfortunes befell the population.

The community had enjoyed a vibrant social life with religion at the center and great natural beauty in surplus, but the loss of industry created immense hardship and strange, desperate acts flourished thereafter. Abandoned babies, starvation and suicide spread across the communities of English, German and Norwegian settlers. As with any community the youth are always the most accessible barometer to read the health of the population. The kids of Black Water Falls were ravaged by the downturn. A diphtheria epidemic devastated the very young and despair gave rise to acts of violence and public intoxication among adolescents. About this time the film brings us back to the present to show the fresh faces of the modern day youth of Black Water Falls. It is a structure that is repeated at opportune times during the picture and it really gives scope to the story being told. There are also constructions of seasonal progression and chronological age; as well as several loose story threads that run through the film. That said there is no strict, binding narrative to follow, a fact which may frustrate some viewers.

“Wisconsin Death Trip” is a deliberate film. If you read that as ‘slow’ then it may not be the ideal film for you. If on the other hand you are open to a fairly short, impressionistic landscape of dread, perseverance, penury and modest renewal, then this film is very satisfying. Lest you think it is all mood and no story, take heart. Many of the vignettes, which are told through reenactments, have a sort of aching humor to them. One standout thread is that of the serial window smasher and school teacher Mary Sweeney. Sweeney is a comely but sour-faced marm who unapologetically traverses the countryside snorting coke and lobbing rocks through windows.

The film has deeply impressive pathos as well. The casual telling of the tale of a new father who caves-in his newborn’s head in a drunken fit of pique is both haunting and unbearably tragic. The photos of children lost to diphtheria and the stories of unrequited love amongst the young convey a profound and even slightly sweet melancholy. Unbalanced compositions, baroque moments and tonal insert shots elevate the movie from simple retelling to high concept simulacrum. Using very few words the hardships and oddities are contrasted with the fragile harmony of modern life. The end result is an open meditation on the evolution of small-town life and the role of suffering in the development of community.

“Wisconsin Death Trip” has few peers in the world of documentary. It is partly fictional in its depictions, it is drawn without a conclusive bent and it was created to infuse feeling rather than inform. It has echoes of Peter Weir’s classic “Picnic at Hanging Rock” and the opening of P.T. Anderson’s “Magnolia” with a similar but more subdued feeling of John Borowski’s “H. H. Holmes” documentary. Incredible B&W photography, stellar editing and a sparse but effective soundtrack leave the viewer with not only memories of what they’ve seen but emotions and a sense mystical connectedness about the events in the film. However this film is categorized it is clear that James Marsh and crew have created a very strong impression. If Matisse was right then "Wisconsin Death Trip" is an expose' of the soul of Black Water Falls as well as the emotional tenor of those in the audience. From this reviewer's point of view that is a pretty impressive feat.

A Glitch in the Matrix