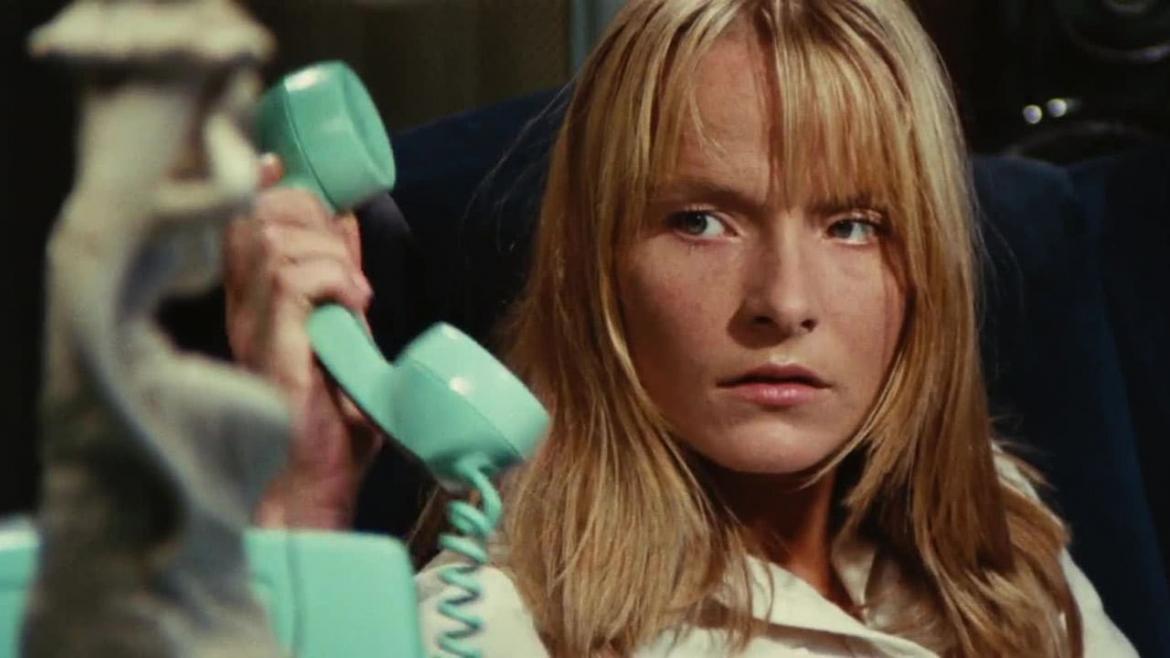 What Have You Done to Solange? (Movie Review)

In 1972, director Massimo Dallamano teamed up with cinematographer Aristide Massacessi (aka Joe D’amato) to make “What Have You Done to Solange?” Dallamano was an accomplished cameraman in his own right, having shot Leone’s “A Fistful of Dollars” and “For a Few Dollars More”. Directorially he had a made a name for himself 3 years earlier with the infamous “Devil in the Flesh (aka Venus in Furs)”. Ultimately though, Solange’ would prove to be his best known and most highly regarded work.

The film begins with two lovers floating down a Thames tributary in a boat. The girl, Elizabeth witnesses a man stabbing a young girl on the banks. Her lover, Enrico, dismisses it as part of her over burdened catholic school girl imagination. When the murder is reported the next morning, Enrico rushes to the scene to verify it. We learn that the murdered girl was one of his pupils. We also find out that Elizabeth is one of his current students. To complicate matters, Enrico’s dour wife Herta teaches at the same school and suspects that he is having an affair. The police move in to investigate and Enrico weaves himself into a corner trying to hide his relationship with Elizabeth. Eventually their relationship is forced into the open by the lead detective, Inspector Barth.

Soon after, the killer strikes again in the same fashion as the first murder, leaving the girl to bleed to death with a kitchen knife buried in her womb. The mystery deepens as more girls are slain in gruesome fashion and Enrico undertakes his own investigation that unveils a secret underworld of naughty school girls and deadly mistakes.

“What Have You Done to Solange?”stands shoulder to shoulder with all of the great Giallos. It possesses little of the obvious stylistic flair of Dario Argento’s work and is not as technically impeccable as Fulci’s best. What the film does have is a master tactician as its director and seasoned but daring cameraman. Massimo Dallamano and Aristide Massacessi (Joe D’amato) form a potent battery that drives a story that is both brutal and calculating. Dallamano lets out the rope an inch at time to keep the tension high between the kill sequences which are both violent and austere. It is largely a goreless film but because the camera is always in the right place, the imaginative viewer’s mind is left in the perfect space to fill in the gaps.

The third and equally crucial force behind the film’s effectiveness is Ennio Morricone. His work here may be even better than gold he spun for Argento’s “The Bird with the Crystal Plumage.” The creaking tune-ups and choral reverie’s clash perfectly and form the ultimate soundtrack for the corruption of youth. Haunting, spare piano melodies that have been mimicked to great effect by the likes of John Carpenter and Goblin stand as testaments to Morricone’s vision and brilliance. The film is probably still noteworthy without the score, but with it, it is nothing short of a genre landmark.

A less than thoughtful reading of the story and its underpinnings could leave the viewer with the impression that “What Have You Done to Solange?” is a catholic morality play. The girls who are killed are indulging in carnal behavior and at the story’s center is an intellectually flimsy but very forthright ‘ills of abortion” plot device. On closer examination though, Solange’ is doubtlessly a restrained consideration of the sexual revolution of the times and the dangers of constriction as both an institutional and personal approach to helping young people to address those changes. Dallamano does a great job of portraying the adults as hypocrites who bury their indiscretions out of vanity. He also makes it plain that if the adults were to relate their experiences and to the kids, those young people might not choose dangerous outlets to try and conceal their mistakes.

“What Have You Done to Solange?” is a stand out film by a director who got too few chances to stretch his wings. It is a film that doesn’t employ the stalwart styles of the genre as rote but uses them to point out actual socio-cultural conflicts of the time. What is even more amazing is that it manages to exploit, inform and entertain all at the same time and in equal measure. If you choose one Giallo to watch that wasn’t made by Dario Argento you be hard pressed to do better than Solange’.