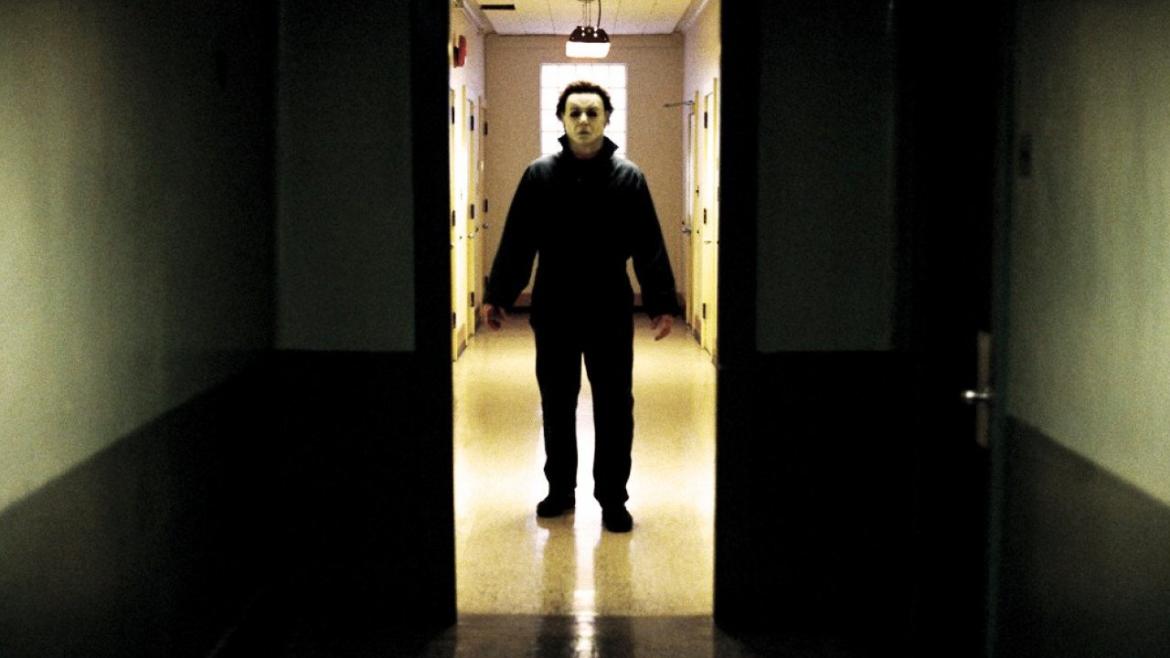 With seven films bearing the Halloween moniker, there were bound to be ups and downs. Like the other major franchises of the seventies and eighties, keeping the stories relevant and fresh was not easy. This difficulty was compounded by the changing of times and audiences. Halloween: H20 stands out as a fairly strong example of how one of these franchises can be coaxed into a modern context in a way that feels true to the original. And, fittingly, it ended with a final standoff between Michael and Laurie that left Michael very much dead. The problem, as any of you who are familiar with the franchise are well aware, was that the powers that be were never willing to let go of their money maker and so Michael survived, again and again.

Halloween: Resurrection opens by walking back the previous film’s poignant ending and offering a pretty laughable explanation for how Michael survived the showdown. You see, once Laurie had shot, stabbed, and beaten Michael and left his body in the school, paramedics were sent in to retrieve him. Apparently, Michael was able to get one of them alone, crush his larynx, switch clothes with him, and put him in the body bag. The final fight sequence in the ambulance was never Michael, this film posits, and Laurie killed an innocent man. All of this is explained to us in what has become a sort of hallmark of these sequels, a nurse/orderly/guard in some sort of asylum explaining the story to someone else. In this case, it’s a nurse preparing a trainee to interact with their most infamous patient: Laurie Strode. Laurie is then killed off by Michael rather unceremoniously in the first five minutes, in what is easily one of the more egregious mistakes of the entire franchise.

Here is where the plot really gets loony. A pair of reality TV producers (played by Busta Rhymes and Tyra Banks) descend on what one can only assume is Haddonfield, though it couldn’t feel more different, to create what they call “dangertainment.” They have selected a cast of young coeds who will all be hooked up with cameras and sent into the old Meyers’ house to spend the night. Now, despite the fact that up until this point Michael has primarily been compelled by an uncontrollable desire to kill all of his surviving family members, this film has no mention to Laurie’s son, John. One can only assume that this is because Josh Hartnett was not interested in reprising his role as he was gaining popularity and, quite honestly, didn’t get to do a whole heck of a lot in the last movie. Instead, Michael picks off the kids one by one, in mind-bogglingly generic and boring ways all while an audience watches what they think is a fake reality special.

Resurrection is an apt name for this, the final traditional installment in the franchise, however, perhaps this is a franchise that would have done better to be left alone, allowed to die with some dignity and class. Where H20 sought to return to an updated version of the older style—with a lower body count and longer sustained tension in the first two acts with an action packed third—this movie seems to lose all of that intentionality and care. The attempt at incorporating found footage is sloppy at best, mostly providing shots that fail to produce any of the signature suspense and claustrophobia that can be found when that genre is done right. Likewise, it seems to always be compensating for something. The lighting is often very low and oddly blue, making things hard to see, and Michael is shown almost half of the time only in shadow. Even their attempt at an homage to the famous closet shot is careless and ineffectual.

Unsurprisingly, this film bit off far more than it could chew, not only in terms of doing justice to the franchise, but on the smaller scale of the film’s message. It is clear from watching it that the writers intended to make a statement about the burgeoning reality television market and the the normalizing of the public’s voyeuristic tendencies, but this too was fumbled again and again. In attempting to take a page from John Carpenter as well as more meta films of the time, this movie ended up simply grasping at straws. Fans of Michael Myers will find nothing redeeming here, except perhaps for Busta Rhymes’ kung fu.

Wounds Sustained by Michael: Hit with a lamp, hit with a camera, hit with a table leg, spices thrown in his eyes, kicked in the face...twice, karate kicked through a window, hanged, cut with a chainsaw, beaten with a lead pipe, elctrocuted in the man parts, electrocuted all over.